CALIFORNIA — Drive down any street on trash collection day, and most bins are filled to the brim, if not overflowing, with garbage and recyclables. The majority of products we consume are designed to be utilized and disposed of rather than refilled, reused, reconstituted, or composted, but that could change with a bill up for a vote in the California Assembly this week.

It’s called the Circular Economy and Pollution Reduction Act. If adopted, the bill would require manufacturers of single-use packaging and food products to reduce excess waste as much as possible. Whatever remains would need to be recyclable or compostable so that by 2030, 75 percent of all packaging sold or distributed in the state would be recycled or composted into something else.

“There’s an enormous pollution problem, and there’s an enormous waste management problem,” said California Senator and Circular Economy bill co-author Ben Allen (D-Santa Monica). “Our cities are unable to handle the current flood of waste that is going through the system.”

That problem is only going to get worse. Plastic production alone is expected to double over the next two decades, according to the Ellen MacArthur Foundation, burdening a recycling system that is already struggling.

Curbside recycling in the U.S. currently recovers 32 percent of available recyclables in single-family homes, according to the 2020 State of Curbside Recycling Report from the nonprofit group, The Recycling Partnership. What is collected for recycling has wildly varying rates of actually being recycled because the material isn’t cost-efficient or is too contaminated or lacks a buyer. Just 27 percent of glass, 16 percent of paper packaging, and 9 percent of plastics are recycled, according to the U.S. Environmental Protection Agency.

“A lot of the stuff people are throwing in their blue bins is not being recycled,” Allen said, adding that just because something is marked as recyclable does not mean that it is. “At the end of the day, the producers who make this stuff have no skin in the game when it comes to whether or not their product is actually being recycled. They have no responsibility or incentive to do anything different.”

The Circular Economy bill seeks to give manufacturers that responsibility and incentive by pushing them toward more sustainable packaging and products and denying them the ability to sell in the state of California if they do not.

“We support the effort by the legislature to try to bring a better management approach to the state’s solid waste sector,” said Enrique Zaldivar, director and general manager of L.A. Sanitation and Environment. “As a state, we’ve given natural market forces plenty of time to react to the inability of many of these materials to be reused, and it simply hasn’t happened.”

L.A. Sanitation collects 2,000 tons of recyclables every day in the city, about 30 percent of which are trashed. Six years ago, the city used to earn $25 per ton of recyclables. Now it’s paying more than $100 per ton to get rid of them. 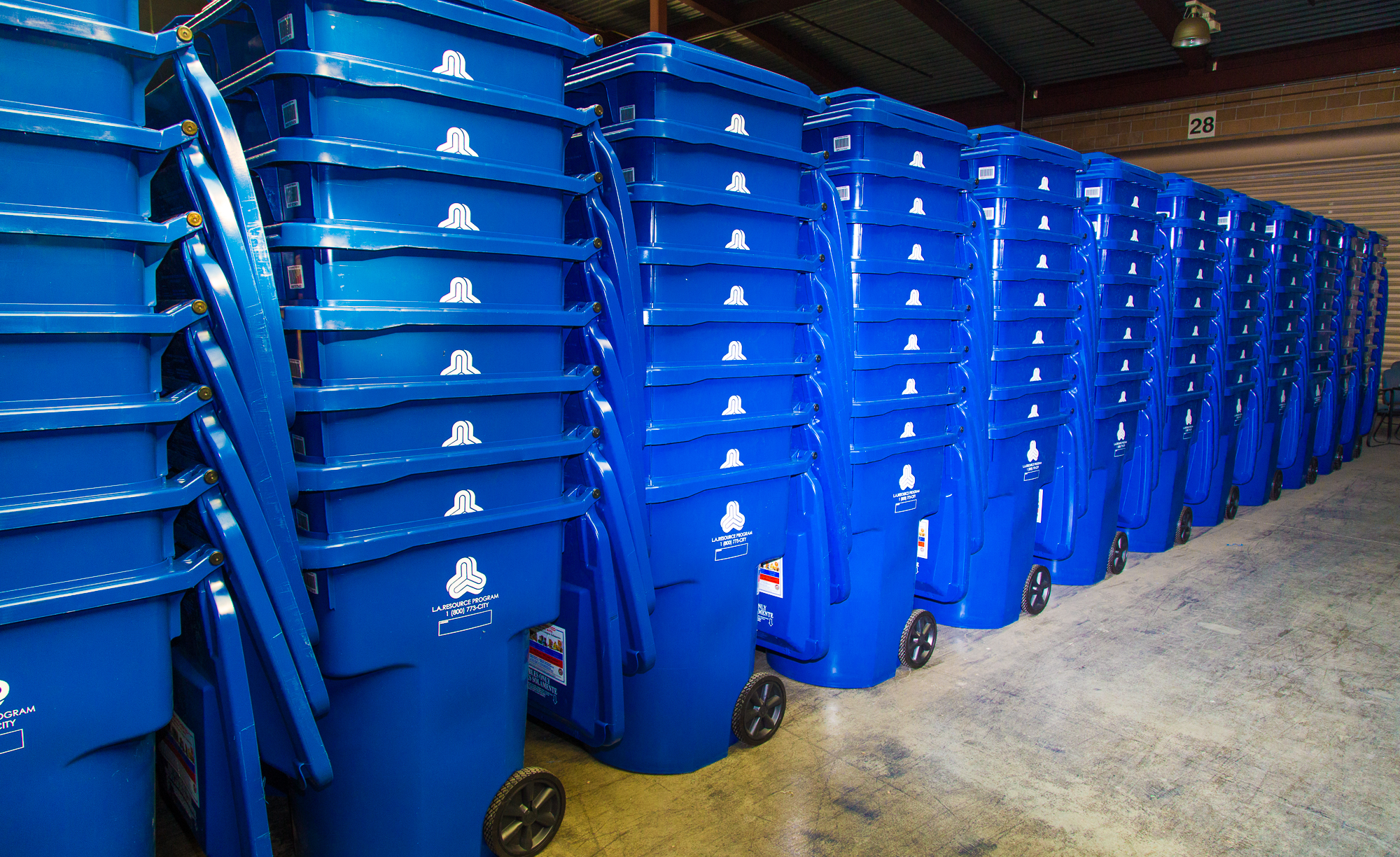 Like every other major municipal recycling system in the U.S., Los Angeles has been negatively affected by the so-called National Sword policy China enacted in January 2018, which banned the import of almost all plastics and other recyclable materials.

“Some of the plastics, mixed paper, they simply have no end markets right now,” Zaldivar said. “It’s clear there has to be a stronger urging on the part of the legislature to get the open market to recognize that incorporating reuse and recycling into their products has to be higher in their hierarchy.”

Some large companies have already committed to less waste. SC Johnson, for example, says it will make 100 percent of its plastic packaging reusable, recyclable or compostable within five years – meeting California’s proposed standard.

The California Chamber of Commerce, representing 40,000 businesses, however, opposes the Circular Economy bill. Calling it “unprecedented product regulation” that will substantially increase the cost of manufacturing and shipping consumer products sold in the state, the Chamber criticized the bill as "unrealistic" and for its "failure to address California’s lack of recycling and composting infrastructure."

Bucknell University economics professor Thomas Kinnaman called the bill “a grand experiment. Trying to choke off the production of plastic in a way that will allow recycling to be easier, that hasn’t been done successfully anywhere else.”

California has broken new ground on ambitious environmental legislation in the past, Kinnaman said. In 2007, the state created the world’s first low-carbon fuel standard to reduce petroleum dependency; that standard has since been adopted by the European Union. The state also developed passenger vehicle emissions standards more stringent than the federal government’s; 14 states now follow the California standard.

“California has put a lot of good things in motion,” Kinnaman said, “but it’s really going to be different to make products that are truly recyclable, and not just in a laboratory because it involves so many different people: producers, consumers, waste handlers. A whole supply chain of people have to be on board with this. It’s not impossible, but it may be more expensive.”

Senator Allen is counting on California’s economic might, as the fifth largest economy in the world, to force a change.

“If companies know there is this enormously important market – California – that they could access only if they fix their ways with regards to sustainable packaging, they will make the choices necessary to alter their business model,” he said. “If we pass this bill today, tomorrow there will be new investment to help scale technology that already exists but doesn’t have enough investment. We know the technology exists. It’s not science fiction. It’s a question of creating the incentives to get there.”