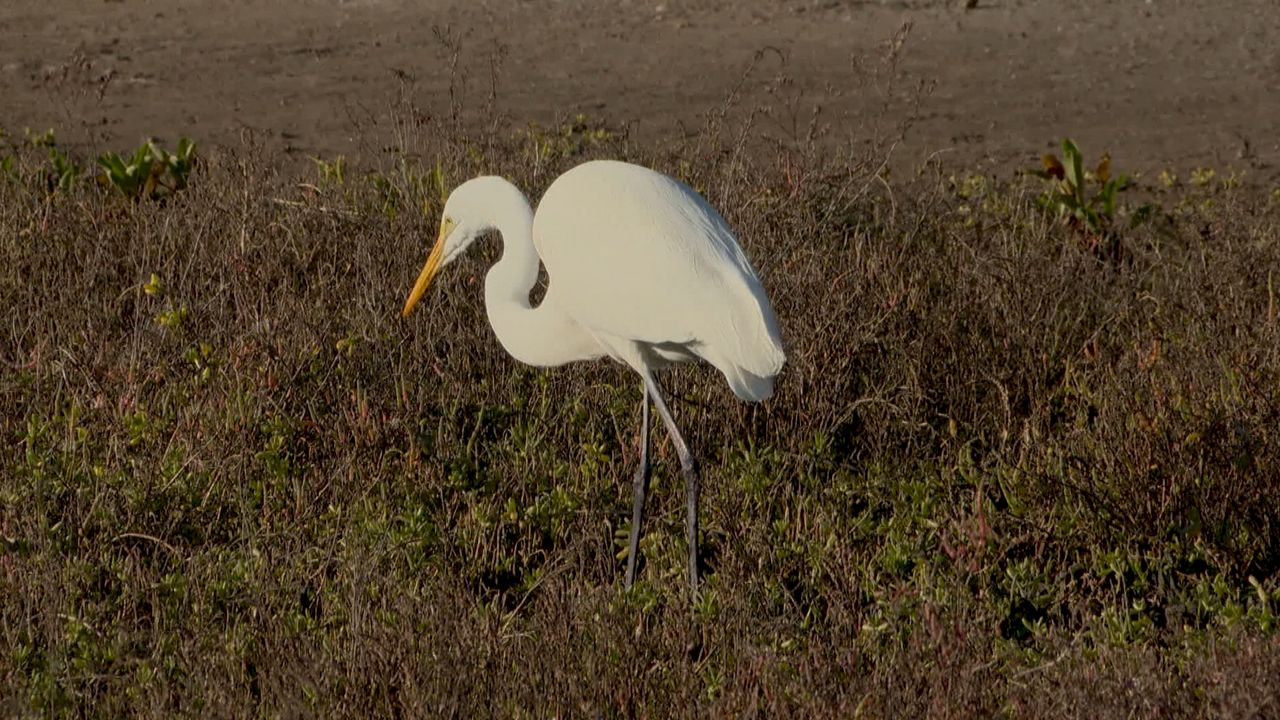 The Bolsa Chica Wetlands Ecological Reserve rests in one of the most bio-diverse regions in North America. Here, elegant egrets can be seen hunting for food, seemingly not bothered by the traffic just a few feet away.

Cheryl Doughty, a PhD student at UCLA, and Eric Stein, head of the Southern California Coastal Water Research Project’s biology department, have been closely studying California's coastal wetlands, which are among the most threatened ecosystems on the planet due to sea level rise, urban development, and pollution.

“I love wetlands because they provide humans with a lot of really great ecosystem services,” said Doughty.

“They're great at carbon storage, water filtration, and buffering from things like coastal storms. Just being here in Southern California, people do gravitate to these remaining green spaces that we have along the coast.”

But encroachment of urban development, often called “coastal squeeze”, stifles the natural processes of the wetlands so that these areas need to be actively managed which is a challenge.

“There's money for acquisition and there's often money for restoration, but then the state is still on the hook for the long-term management of the sites,” said Stein.

In restoring the Bolsa Chica site, a new inlet was cut and tide gates were added to help regulate water flow to the area.

“As our climate is warming,” explained Doughty, “the oceans are actually taking up more volume. And so that contributes to a lot of the sea level rise that we're experiencing throughout the world. With 66 (projected) inches of sea level rise, we could actually lose almost half of our wetlands.”

Working in conjunction with Stein and the Coastal Water Research Project, Doughty spearheaded a recent report that paints a hopeful picture for California’s system of wetlands, if action is taken immediately.

“It could involve reconfiguring levees and removing or taking down changing road configurations,” said Stein.

“There is a lot of work to be done. But I think that in this political climate, a lot of people are finding their voices. We are hearing a lot more about the need for considering how we're influencing our environment and what we can do to protect it into the future,” said Doughty.

And by taking immediate action, said Stein and Doughty, we could end up with even more wetlands than we have now for future generations.