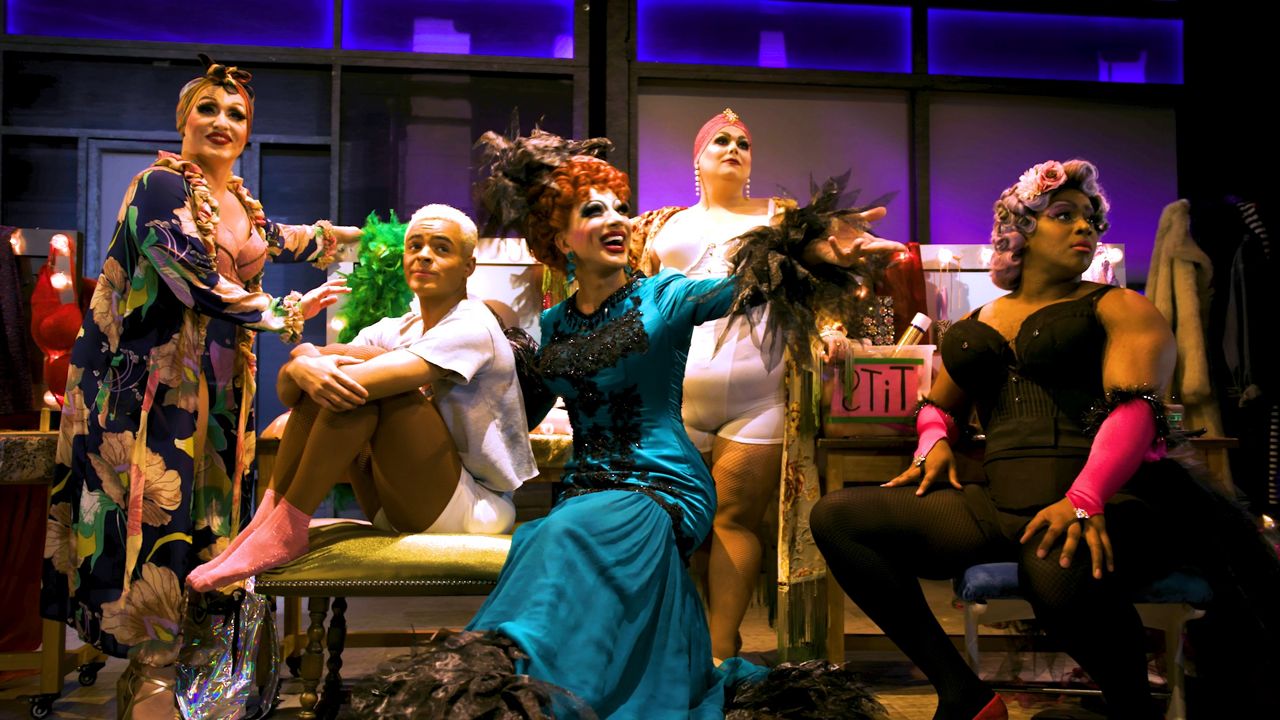 ‘Everybody's Talking About Jamie’ makes its U.S. premiere in LA

LOS ANGELES — Everybody’s talking about Jamie. It’s kind of hard not to since for weeks now, Los Angeles has been plastered with actor Layton Williams’ face.


“I wish it was mine!” Roy Haylock shouted as he passed one sign that is at the corner of Temple Street and Grand Avenue, right outside the stage door entrance for the Ahmanson Theatre.

Haylock plays Hugo, a mentor to Jamie in his dream to be a drag queen. It was a line of work the Palm Springs resident hadn’t aspired to himself. He was working in theater in his home state of Louisiana doing costumes, wigs and makeup, but one thing led to another and Bianca Del Rio was born.

“Here I am 26 years later,” Del Rio said, sitting at her make-up table, “so anything is possible in the world.”

In the show, Hugo’s drag persona is the legendary Loco Chanelle. Del Rio is pretty legendary herself, the self-described “clown in a gown” who reached superstar status by winning season six of Ru Paul’s Drag Race.

When Haylock is touring as Del Rio, the transformation is a solo enterprise and can take about an hour.

“And that’s after shaving,” Del Rio grumbled. “Shaving is probably the worst part about doing drag, I must say.”

But that’s time this show doesn’t allow. Haylock has 19 minutes to transform from Hugo to Loco and thankfully a lot of help.

“All these little elves come out of nowhere,” Del Rio explained while showing off the sparkly cold shoulder gown made specifically for this latest production. “Someone is slapping my wig on me as I apply my makeup, someone is putting on my shoes and someone is making me tea, so I am living the life.”

That tea may be sipped from a Maleficent mug gifted to the diva from the cast.

“They said they went to Disneyland, and it looked like me,” she explained. “And if you look at it, it does kind of look like me, which is scary.”

Del Rio flies around the theater like a hurricane in heels, and Haylock does too, but in more sensible shoes. Fast moving, fast talking, quickwitted, he breezed through the lobby for his first peek at the larger than life-sized Del Rio cutout that audience members take selfies with.

“I look very short in comparison,” he joked. “We’ve been kind of in the trenches in the back in our own little COVID bubble for the last few weeks.”

He’s not kidding. After “A Christmas Carol” was forced to close early because of breakthrough COVID cases among the cast, the staff at Center Theatre Group isn’t taking chances. Boosters are now required for the audience. Cast and crew are tested daily rather than at least two or three times a week and Haylock is not complaining.

“To be out working during this particular time in the world is pretty amazing and to share this message has been pretty fabulous,” he said.

A message that life is a journey, and not always an easy one, but along the way, he says, you will meet the right people, like he did, people who will make the road a lot smoother.

“And sometimes it may not be the closest family members, but then you create your own family,” Haylock said. “Jamie has ups and downs throughout the show and then through that he finds his strength.”