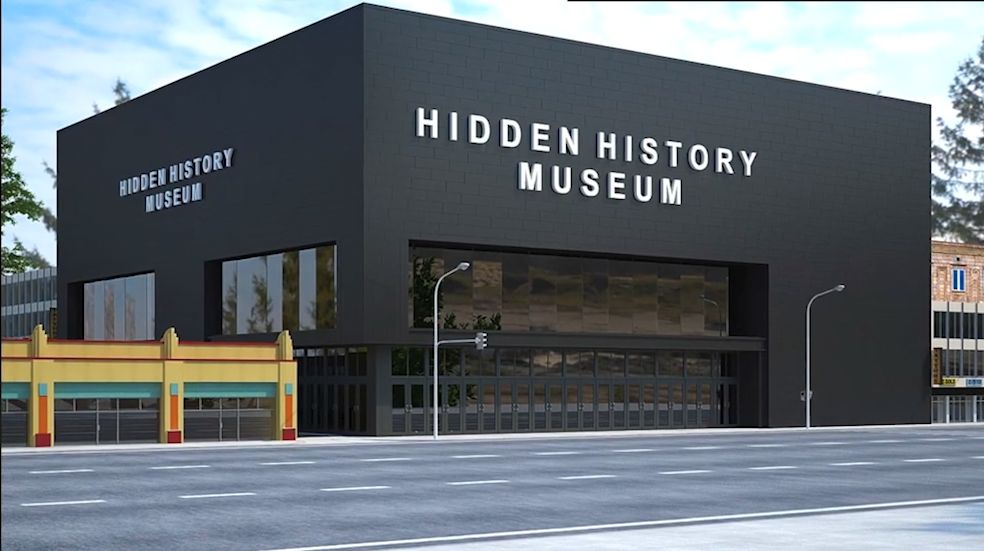 LOS ANGELES — Searching for history is a longtime passion for Tariq Nasheed.

As a documentary filmmaker and author, he's in the pursuit of uncovering and sharing untold African American history.

Nasheed said there's so much Black history in Los Angeles alone that most Angelenos may not know about, like the story of a former slave revered as the grandmother of LA, Biddy Mason.

Her memorial is tucked away on the ground level of a parking structure at 333 Spring St. in downtown LA that one can easily miss when walking by.

"This used to be her actual home right here," Nasheed said. "And they did a good job outlining the way the home looked."

Mason's home was actually one of the wealthiest homes in LA at the time.

When one exits the parking structure and turns into the alley, there stands a timeline of her life.

In the 1800s, Mason went from slavery to becoming a wealthy real estate baron, owning property on what is now Spring Street.

"The fact that she was enslaved and also illiterate all of her life," Nasheed said. "All of the deeds that she signed, she would have to write an 'x' because at the time it was illegal for Black people to learn to read and write."

"She was a major philanthropist," he said. "This woman was so important to the early stages of Los Angeles, but she's never talked about."

Dr. Darnell Hunt agrees. He said it takes a lot of digging to find the real hidden history of the Black diaspora.

"History is usually told by the people who won," he said. "So we live in a society where white supremacy is still operating, and most institutions are run by white people. We often don't have control over our own narratives and stories."

That's what prompted Nasheed to crowdfund more than $1 million to purchase a property on Crenshaw Boulevard to build what will be called The Hidden History Museum.

The museum will dive deep into the stories of African American scholars, inventors, leaders and artists that American history traditionally doesn't recognize.

"I think we got so much support because so many people in our community are thirsty for the information like this that will serve our needs, talk about our history and educate our children," Nasheed said.