Andy Le, who plays the "Death Dealer" character in Marvel's upcoming film, poses on the red carpet at the "Shang-Chi and the Legend of the Ten Rings" premiere at El Capitan Theatre in Los Angeles on Aug. 16, 2021. (SIPAUSA/Sthanlee B. Mirador)

EL SEGUNDO, Calif. — Marvel's upcoming superhero film "Shang-Chi and the Legend of the Ten Rings" features a Southern California native who got his start in entertainment in the Little Saigon neighborhood of Westminster, Calif.

Actor and stunt performer Andy Le hails from "a central Vietnamese town" and wants to show the world what Vietnamese people can do. In addition to performing stunts for "Shang-Chi," which will be released Sept. 3 nationwide and has already garnered critical acclaim, Le plays the film's "Death Dealer" villain. He attributes these successes both to his hometown training and the prolific Hollywood stuntman who found him.


"I think as far as I go, I’ll probably stay in Orange County," said Le. "A lot of my growth happened here, and there’s a lot of sentimental value from here."

Born to parents who escaped to the U.S. during the Vietnam War, Le was told during his youth to pursue a successful career — though acting wasn't part of the conversation.

"Of course, they wanted me to become a doctor or lawyer," he said. "They want you to succeed and live a comfortable life. But where they messed up was that they fed me martial arts movies."

Upon watching the classics, Le started formally practicing kung fu as a child. After leaving it for a few years, he picked martial arts back up during a tough sophomore year of high school.

"I got bullied a lot in school and, you know, for me to come home and watch Bruce Lee and Jackie Chan fighting off like 10 guys, you feel, like, empowerment," said Le. "I knew at a very young age that I wanted to change the world, and I knew that I wanted to be like the heroes I saw on the big screen."

Le says he is 90% self-taught — that last 10% accounting for the formal kung fu he practiced as a young kid. By 2011, he discovered YouTube as an avenue to express his natural gift. Along with his brother Brian and fellow martial artist Daniel Ma, Le started Martial Club — whose YouTube channel filled with countless short videos currently has over 720,000 subscribers.

From there, Le's talents were soon realized by Brad Allan — the renowned stuntman who worked with Jackie Chan for years and passed away earlier this month, his legacy honored on Chan's blog. Because of Allan's efforts to provide opportunities for undiscovered talent, Le was next working with a legendary Hong Kong action film star for a TV commercial.

"I showed Jackie the choreography," Le said. "And I’ll remember this moment forever: I told him, like, 'These are all your moves,' and the whole set cracked up. And Jackie was like, 'From 40 years ago. I’m surprised you know it.'"

It was also Allan who also got Le working on back-to-back projects with another Hong Kong action film star: Michelle Yeoh.

For Marvel's "Shang-Chi," which also stars Awkwafina, Benedict Wong and Ben Kingsley, Le and his brother started on the production by training lead actor Simu Liu and performing stunts.

"The stunt performers put their lives on the line to make the actors look good," said Le. "We were initially just martial arts teachers for a couple of months."

But as fate would have it, a role opened up during production and was offered to Le — and he seized the opportunity to make his "Death Dealer" character unique.

"Brad was always open to pushing the envelope, so my brothers and I, we developed this kick that hasn’t ever been done on film yet," said Le. "It was the full-twist sidekick, and I knew if I do that kick, we’ll be making history because no one’s ever done that kick on film yet."

And sure enough, the full-twist sidekick ended up in the "Shang-Chi" promotional trailer. 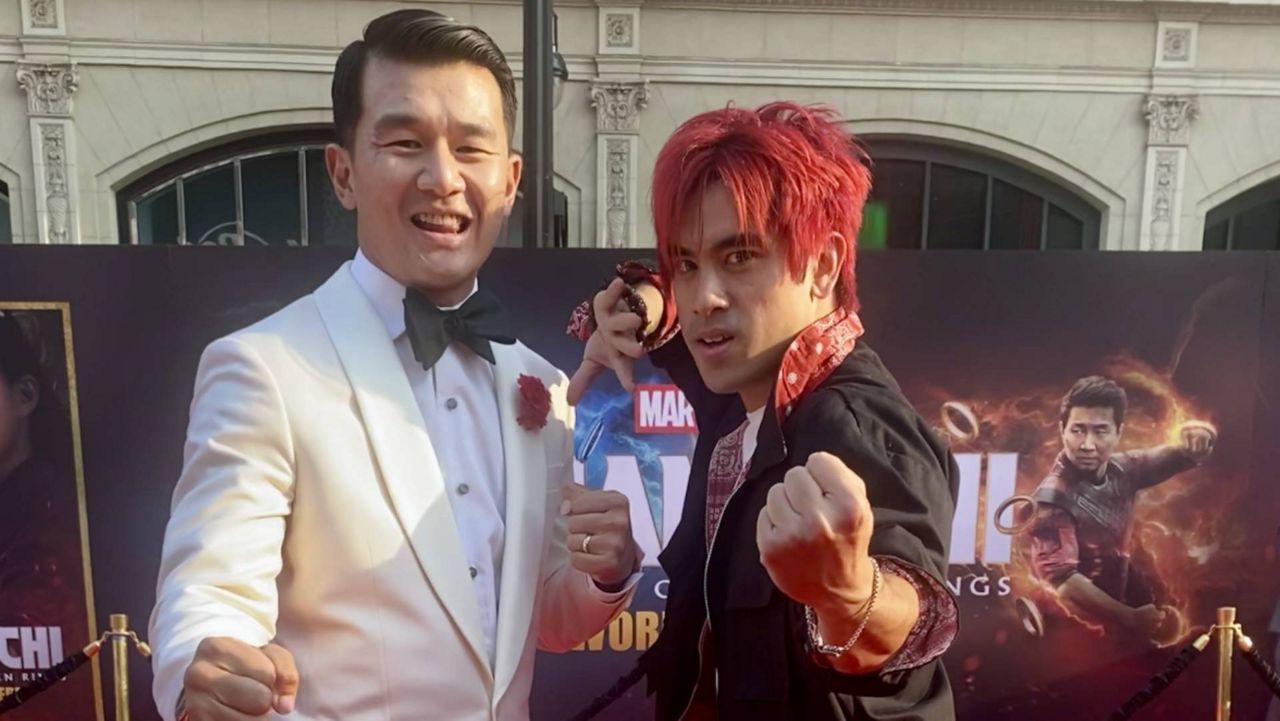 Even before shooting the new Marvel film, Le and Yeoh worked together on a not-yet-released sci-fi film, which will be distributed by A24, starring Jamie Lee Curtis.

"During this time, I got to know [Yeoh] as a person, and she’s even kind of taken me under her wing," Le said. "And still, to this day, after spending a year with her, I can stand next to her and still be just as star struck."

Besides the big-budget Hollywood films, Le says he never forgets his Little Saigon roots and has a couple of passion projects in the works — one of which he describes as a "Vietnamese-American crossover."

"It’s always been my agenda to go back to Vietnam and make it over there," he said.

Le stressed, too, that he has no plans to move out of Orange County.

"I think being at home, in my hometown, it keeps me rooted, it keeps me grounded. Being in Little Saigon always reminds me, like, 'This is where you came from. Don’t lose yourself.'"