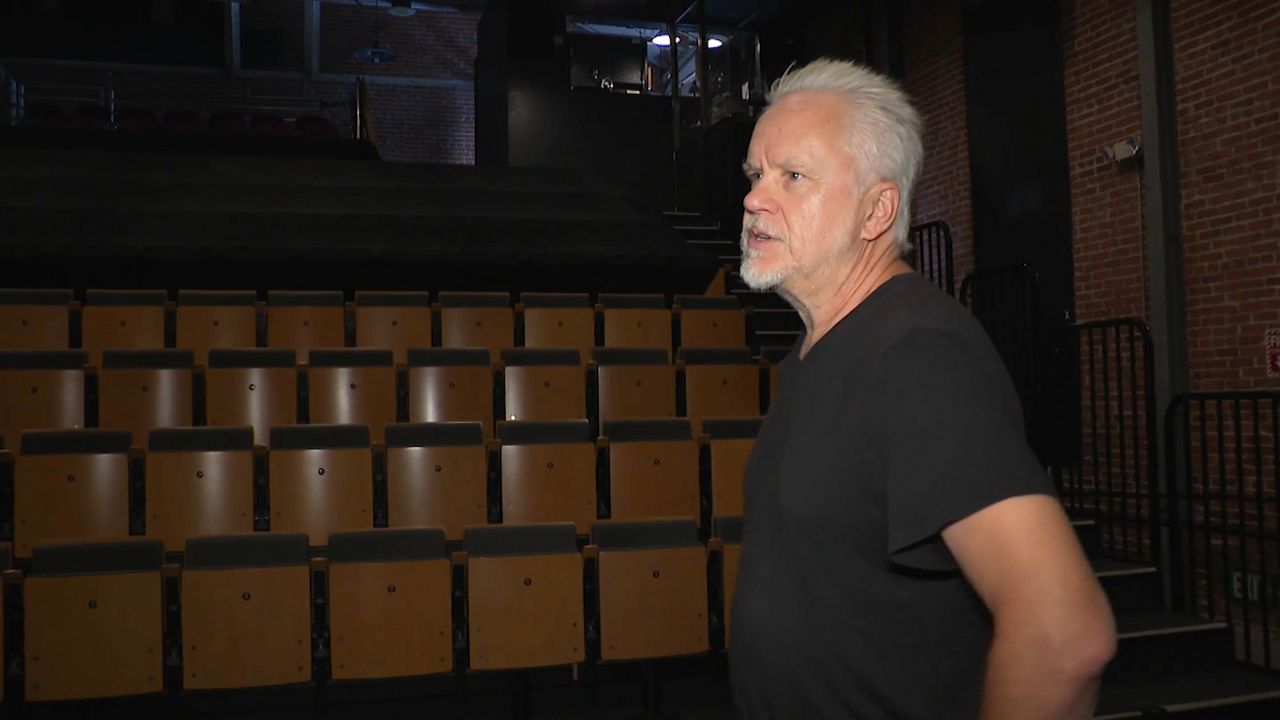 LOS ANGELES — Tim Robbins has played major roles throughout his life, but his favorite role has been as the founder of the Actor’s Gang Theater Company.

“Particularly when you’ve achieved some success in movies and television, to retain that connection to theater is difficult. I’ve always felt it was a lifeline for me,” he said.

And that’s why he spends literally most of his time at his lifeline, the Actor’s Gang Theater in Culver City. This is a role he’s had since his college days.

“We were a bunch of theater students from UCLA who wanted to do a different kind of theater,” he said.

The year was 1981 and a different kind of theater meant a place to tell relevant stories. Even after a lustrous career — and an Oscar for best supporting actor for his role in "Mystic River" — Robbins still keeps going back to theater.

It’s an outlet for truth, he said.

“It is certainly one of the few art forms left that you don't have to ask permission from major funding to do, you can do it on a passion," Robbins said. "That’s important that we still have a place where we can go and tell stories that might not be stories embraced by pop culture or corporate culture."

It’s the freedom to tell the kinds of stories he wants, he says, like the Actor’s Gang latest virtual performance — "We Live On," based on the 1970 novel "Hard Times" by Studs Terkel, with captivating monologue accounts of the Great Depression. During the hard times of the pandemic, while some look for escapism in film and TV, Tim wanted to give audiences the opposite.

“It was filled with testimonials and stories of people who underwent incredible struggles to survive. We wanted to find material that when we came out of this we could provide hope and a path you can overcome,” Robbins said

Robbins hopes these kinds of stories can continue to be told at Actor’s Gang Theater and other locations.

“Keeping theater open and free is a real important mission right now for all theater companies," Robbins said. "Particularly after the pandemic."

Because he said theater offers up a powerful and authentic message to people when they need it most. And leading that charge for this theater is the best role of his life.