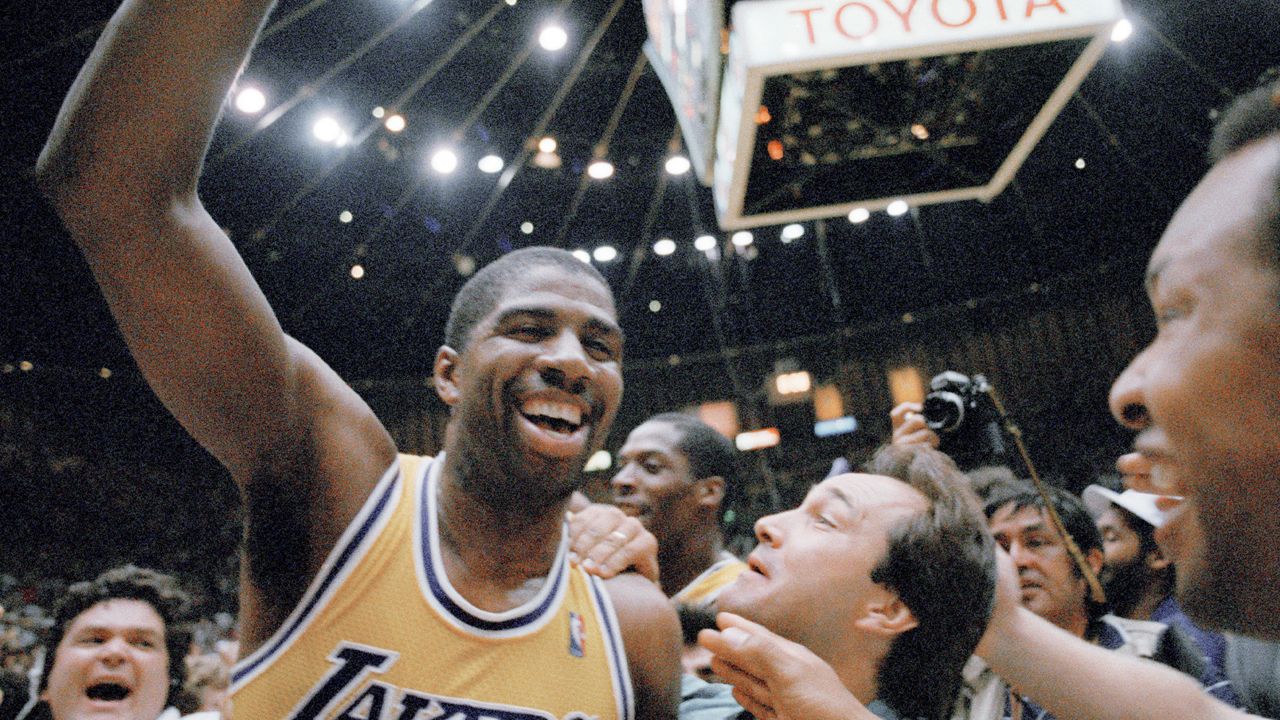 Los Angeles Lakers' Magic Johnson shows his elation as he's swarmed by fans as he leaves the court after Lakers defeated Boston Celtics, 106-93, to win the NBA championship at the Forum in Inglewood, California on June 14, 1987. (AP Photo/Reed Saxon)

But the 6-foot-11-inch, big man ended his career in Los Angeles, winning his fourth championship with the Lakers. However, Salley's decision to come to Los Angeles was about way more than basketball.

"Because of being in a Laker uniform, I have more opportunities to do more television shows," he said.

After he retired, Salley appeared in blockbuster films and TV shows alongside some of Hollywood's biggest names.

"After I was a Laker, the doors were open," he said.

That's why he's not surprised Hollywood has two major upcoming projects on the history of the Lakers, including a nine-part docu-series coming to Hulu from team owner Jeanie Buss and Emmy award winner Antoine Fuqua.

"Think of the drama," Salley said. "Anybody that you would mention in greatness in this sport was a Laker."

HBO is also working on a scripted series about the Lakers "Showtime" era, with Pat Riley being portrayed by Adrien Brody and Jerry Buss being played by John C. Reilly. Salley said he remembers playing the Lakers during this time and says now is the time to tell the story.

"It's a show at this point when Magic was walking around with fur coats, you know hanging out with Jack Nicholson," Salley said. "That was star and star."

"I remember, I met Steven Spielberg, and everybody was like, 'Warm-up.' I was like, 'I am warming up.' Warming up so he can hopefully put me in a movie in 20 years," Salley said.

It's why Salley joined Kobe and Shaq 10 years later and remains in LA to this day.