Jennifer Lopez performs at "Vax Live: The Concert to Reunite the World" on Sunday, May 2, 2021, at SoFi Stadium in Inglewood, Calif. (Photo by Jordan Strauss/Invision/AP)

What to expect from the star-studded Vax Live fundraiser

The pre-taped event brought together celebrities and political leaders at “Vax Live: The Concert to Reunite the World,” which was recorded May 2. ABC, ABC News Live, CBS, YouTube and iHeartMedia radio stations will broadcast the concert staged at SoFi Stadium in Inglewood, California.

Selena Gomez hosted the show, which was attended by several thousand fully-vaccinated concertgoers who cheered on performances by Eddie Vedder, Foo Fighters, J Balvin, H.E.R. and Lopez, who enjoyed a duet with her mom. 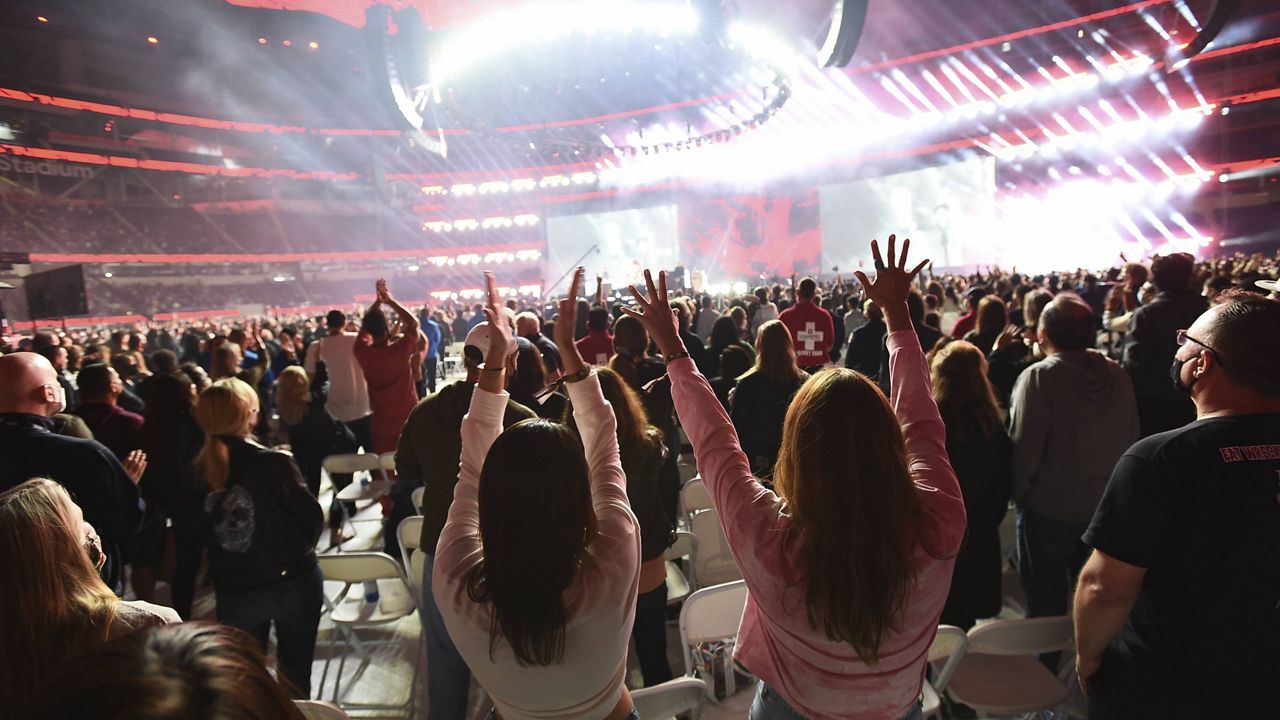 Vaccinated guests attend at "Vax Live: The Concert to Reunite the World" on Sunday, May 2, 2021, at SoFi Stadium in Inglewood, Calif. (Photo by Jordan Strauss/Invision/AP)

Here are some highlights from the event:

A Dream Fulfilled for Performers

Vax Live was one of the largest concert gatherings in Southern California since the coronavirus pandemic roiled the world more than a year ago.

Organizers called the event the country’s first large-scale music event for a COVID 19-compliant audience. (Media and production staff needed to show a negative COVID-19 test before entering the stadium.)

All of the performers showed enormous enthusiasm with returning to a live stage, especially Foo Fighters frontman Dave Grohl who said, “This is a (explicit) concert” on multiple occasions.

“In the last year, I’ve been having this dream that’s happening now,” Grohl said. His band rocked out with AC/DC lead singer Brian Johnson during a performance of the rock anthem “Back In Black.”

Eddie Vedder said the concert was the first “taste of the life we’ve all been missing” for more than a year.

“This is a feeling we have not had in some time,” he said. “There’s a microphone, a crowd. It feels good.”

President Joe Biden and first lady Jill Biden appeared in a video message in hopes of encouraging the masses to get vaccinated. Both spoke as part of the “We Can Do This” initiative to increase confidence in COVID-19 vaccines.

The president said they are working with leaders around the world to share more vaccines and boost production to help supply every country.

“If we get this done, we won’t have to miss another moment,” he said.

After the president promised that the vaccines are safe, the first lady said she wants society to get back to the normal “lives people love.”

“These moments, meeting your newborn grandchild or holding a loved one’s hands during a hard time, gathering with friends, smiling with a stranger without wearing a mask,” she said. “When you get vaccinated, you don’t have to miss them any longer. Every person vaccinated is helping to save lives and give us back those moments we miss so much.”

Prince Harry made two separate appearances on the Vax Live stage, relaying in his first that “we are at a defining moment” in the fight against the coronavirus.

The Duke of Sussex later announced he is standing in solidarity with India, which is experiencing a “devastating” second wave of the virus. He along with his pregnant wife Meghan — who was not in attendance — are leading an effort to raise money for the vaccine-sharing program COVAX, which hopes to produce $19 billion to pay for the vaccines for medical workers. 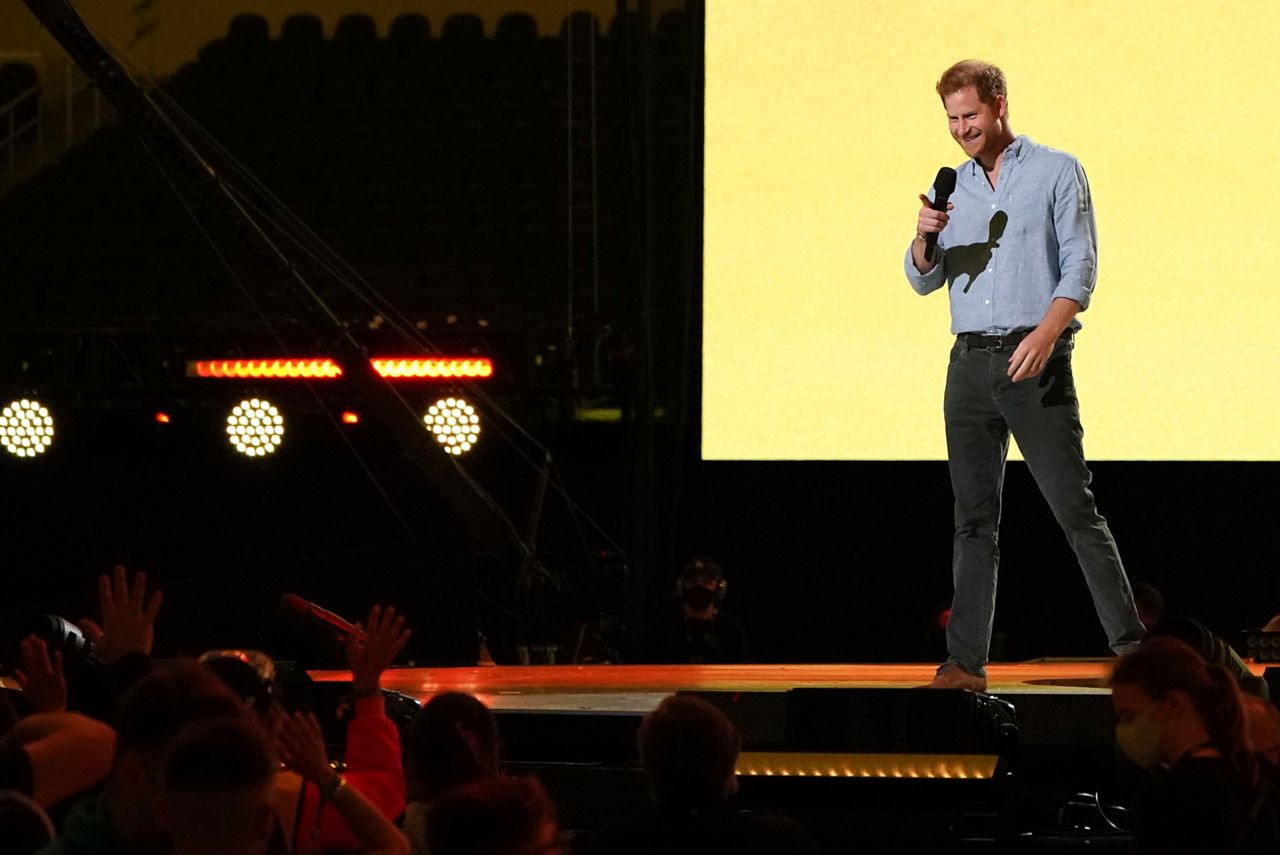 Prince Harry, Duke of Sussex, speaks at "Vax Live: The Concert to Reunite the World" on Sunday, May 2, 2021, at SoFi Stadium in Inglewood, Calif. (Photo by Jordan Strauss/Invision/AP)

“None of us should be comfortable thinking that we could be fine when so many others are suffering,” he said. “In reality, and especially during with the pandemic, when any suffer, we all suffer. We must look beyond ourselves with empathy and compassion for those we know, and those we don’t. We need to lift up humanity and make sure that no person or community is left behind.”

Harry went on to say that “we cannot rest or truly recover until there is a fair distribution to every corner of the world.”

A Plea From India

After Prince Harry’s plea, Amitabh Bachchan made a strong one of his own. The actor-producer spoke from India, where cases continue to increase, and asked all global citizens to rise and speak to “your governments, your pharmaceutical companies.”

Bachchan said he wants people to ask those entities to donate, give and extend a helping hand to the public that is in need.

“Every effort counts,” he said.

A United Message from World Leaders

Vax Live certainly brought the star power, but the event also had several political figures who made some impactful speeches.

Pope Francis called for a “spirit of justice” to ensure universal access to vaccines and a temporary suspension of intellectual property rights.

“A spirit of communion that allows us to generate a different economic model that is inclusive, just and sustainable,” he said in a video message.

Affleck and Kimmel Suit Up

Ben Affleck and Jimmy Kimmel lightened the mood after a series of serious speeches. Affleck walked on stage along with Kimmel, who was dressed up as DC character, Robin, a replica of Burt Ward’s costume from the original 1960s “Batman” television series.

Apparently, Kimmel thought Affleck — who sported a dark suit — was supposed to show up wearing his Batman costume.

“You told me we were dressing up,” Kimmel answered.

“Yeah, I wore my suit, and you’re not wearing your suit,” Kimmel said.

“Why would I wear a Batman costume?” Affleck asked.

“Because you’re Batman, duh.” Kimmel said as the audience laughed.

Affleck played Batman in the 2016 superhero film “Batman v Superman: Dawn of Justice,” “Justice League” in 2017 and made a brief cameo in “Suicide Squad” in 2016, but has since hung up the cape and cowl. 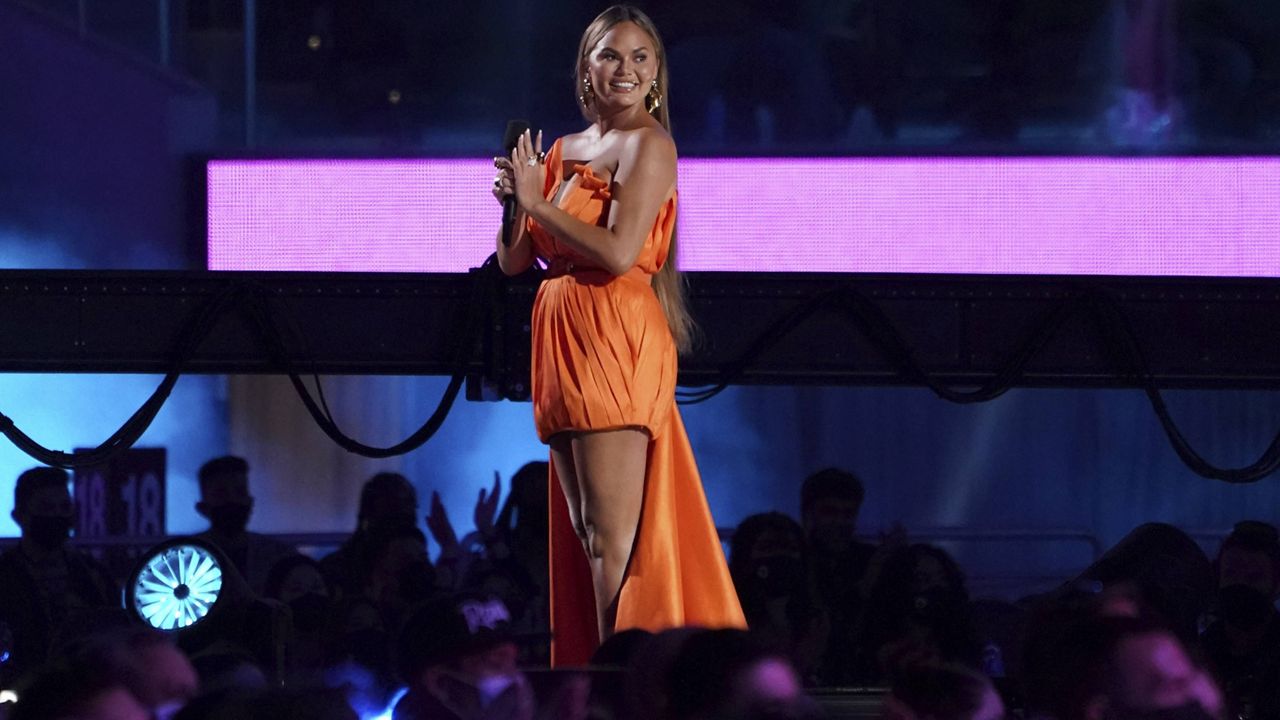 Chrissy Teigen speaks at "Vax Live: The Concert to Reunite the World" on Sunday, May 2, 2021, at SoFi Stadium in Inglewood, Calif. (Photo by Jordan Strauss/Invision/AP)