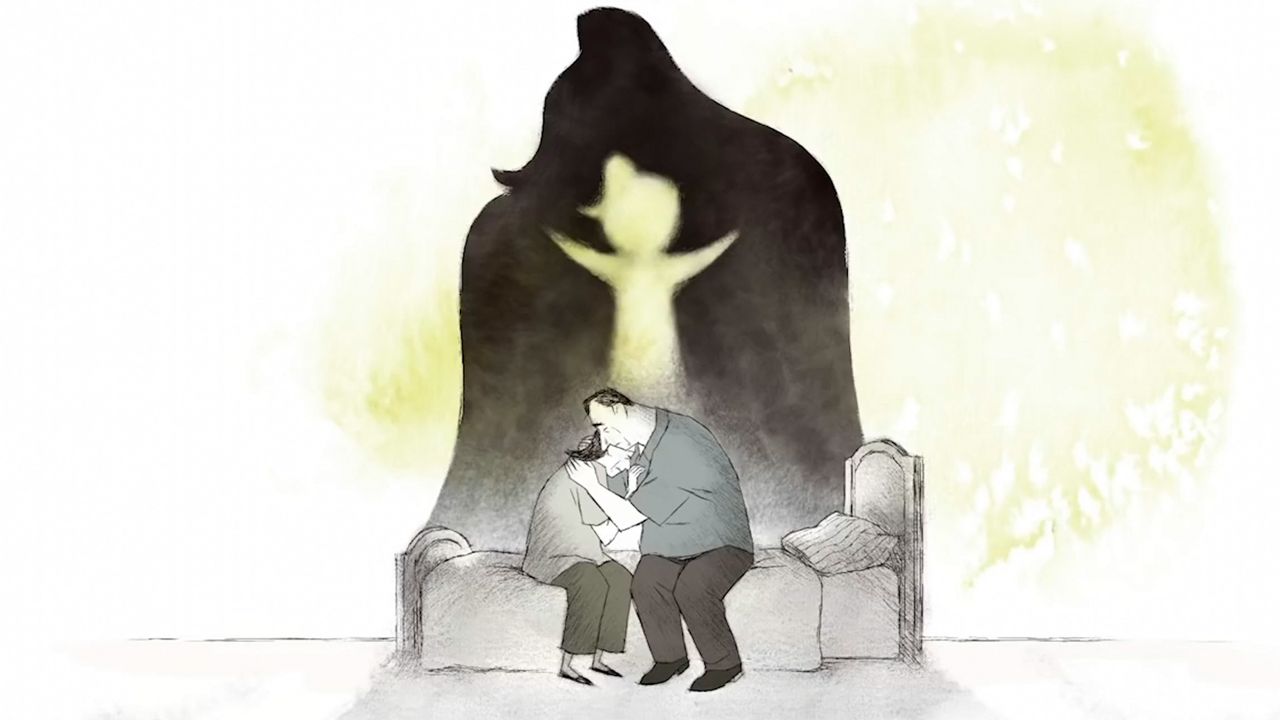 SANTA CLARITA, Calif. — Although animated films are often dismissed as only kids’ fair, a new generation of animators is using the medium to tackle serious themes from diverse viewpoints.

Youngran Nho came from South Korea to follow her dream of being an animator, starting with the CalArts character animation program which has a prestigious list of alumni, including the director of this year’s Oscar-nominated animated feature "Soul."

After graduation from CalArts, Nho landed a job as animation director for the short film "If Anything Happens I Love You," which examines a couple's struggle following the death of their daughter in a school shooting.

“As an animator, you dream about working in Pixar, Disney, Dreamworks," said Nho.

And indeed, many of the top animators from those studios came out of CalArts. When Nho entered the animation program, she said it was intimidating being surrounded by such talented faculty and students.

“It was kind of overwhelming in the beginning because I was scared if I fall behind,” she said.

However, as Nho explained, CalArts encouraged her success.

“Everything is, like, I'm gonna make you the best animator,” she said.

The 12-minute film “If Anything Happens I Love You” was directed by William McCormack and Michael Govier. As animation director, Nho worked with several other animators on character design and the film's loose, hand-drawn visual style. But Nho noted that the film’s theme of gun violence was new to her.

“I was not really familiar with gun violence by shooting because in Korea it’s fully illegal to have a gun,” Nho said.

The film examines the loss and psychological fallout of losing a child to gun violence, but at the same time the film's couple also learns to embrace the happiness of their memories.

“As I made the film, it got kind of personal to me because I was so attached to the character of my animation child,” Nho said.

After the countless hours of hard work putting the film together came the news that the film had garnered an Academy Award nomination for Best Animated Short.

“I remember I just screamed,” Nho said. “I was jumping, screaming.”

Nho added that her family in South Korea had not been fully convinced of her career path in the U.S., but now with an Oscar-nominated film under her belt, they're beginning to come around.

"Right now [they are saying], 'I seen you're doing good so you can stay longer,'" Nho said.

Nho explained how the nomination has also been a great validation for her, too.

“I was always afraid of, 'What if no one noticed me?'” she said. "'What if no one likes my style?' But, if you really trust yourself, your style, your innovation, someone will notice you.”

Take notice they have and Youngran Nho and will be watching along with viewers from around the world to see who takes home the Oscar on April 25.