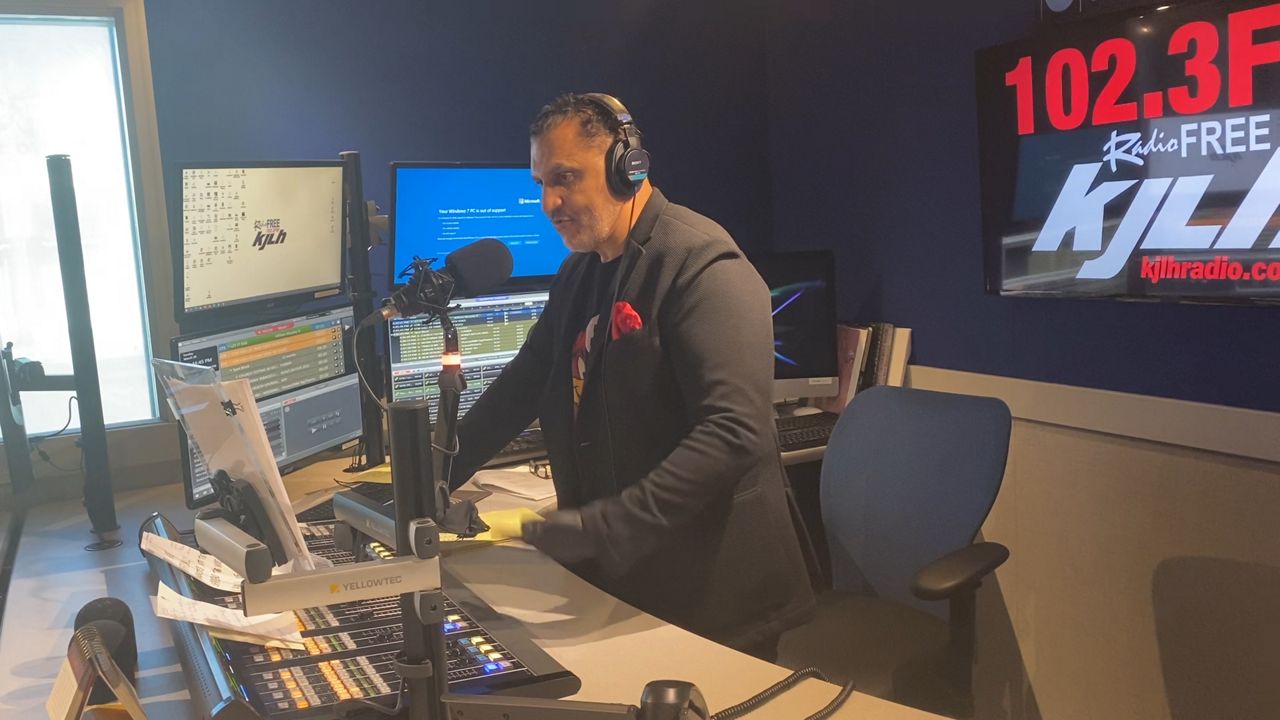 How KJLH Serves as the Community's Radio Station

INGLEWOOD, Calif. — When you meet someone with three NBA championship rings, radio probably isn't the first thing that comes to mind. But Aundrae Russell has been a mainstay behind the microphone for three decades. He was once the music coordinator for the Lakers during the Kobe and Shaq three-peat era.

“Kobe Bryant — I’ll never forget his first game,” Russell said. “He and Derek fisher. I met him, the moment he stepped off the bus."

For the listeners of KJLH, he’s the man guiding the Spread the Word gospel show which is celebrating its 25th anniversary.

“So many people call up with testimonies and people going through issues and problems and things of that nature,” Russell said. “You’d be surprised sometimes. A song sometimes can just help somebody through a tragedy or something major.”

For many years, Russell was also the program director for the station which serves L.A., Long Beach, Inglewood, and Compton. Stevie Wonder is its owner, making it the only black owned-station in all of Southern California.

When listeners call in it’s the clear the community connection that makes this station special.

“People look to this radio station for things like ‘the pandemic is going on, where do I go to shop? Where do I go get my food? Where do I go do this?’" Russell said. "I mean people will come here with all types of questions and they look to us to be the answer."

It’s why he is proud to have been at the station since the administration of George H.W. Bush.

“It’s like god said one day ‘who wants to be the luckiest man in the world?’ and I looked around and said ‘I guess me.'”