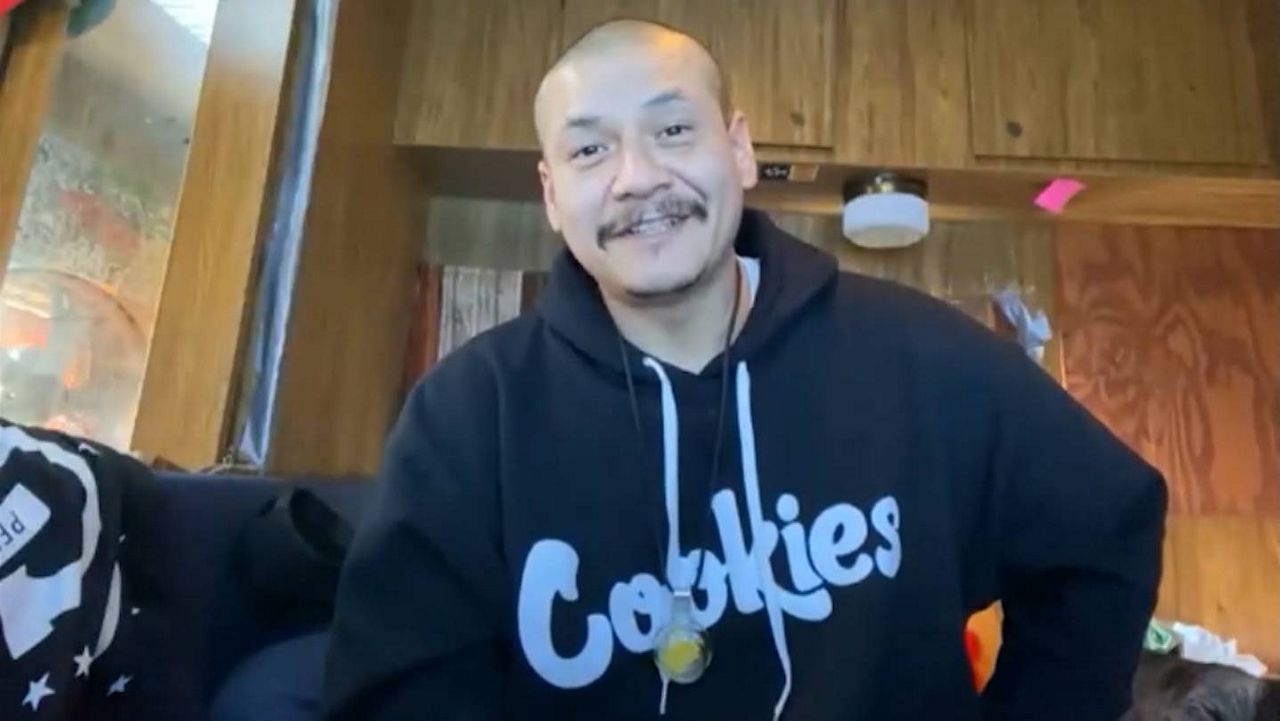 LOS ANGELES — Far away from the glitz and glamour of Hollywood is Idaho Falls, Idaho. Thanks to a 15-second video on TikTok, the town — with a population of 60,000 — has become the setting of a fairytale.

When Nathan Apodaca’s car broke down on an Idaho Falls freeway, he decided to record himself skateboarding to work, vibing to Fleetwood Mac's "Dreams," while drinking out of a Cran-Raspberry Ocean Spray bottle.

Since Apodaca uploaded the video to TikTok, the song "Dreams," the Ocean Spray bottle, and he have gone viral.

“It’s just a blessing, and I was not going for fame or anything like that. I just enjoyed the videos I was doing. I don’t feel famous or whatever it is, you know? I felt the same,” he said.

Apodaca’s 15 seconds of fame have brought him some good fortune. He received nearly $20,000 in donations to replace his old RV. The waves of good fortune continued when Ocean Spray surprised him with a new car.

Apodaca posted a new video, but this time driving to work.

His video was followed by parodies from celebrities, the sports world, other musicians, and everyone in between.

What about Apodaca’s carefree video resonated and captivated so many?

“During this pandemic, there is a yearning to be a part of something. It (the video) does not have to be perfectly executed or produced and [it] connected to millions of people around the world,” Kelly O’Grady, social media analyst, said.

“I just think, the feel of the song, obviously, because of the way the song is, and just the vibe of everything, the scenery, I don’t know. It was like a perfect place, perfect time, perfect juice. Everything just clicked,” Apodaca said.

Following the video, "Dreams" instantly received a boost of streams and online sales. It was a spike the song had not seen since going No. 1 in 1977.

Mick Fleetwood even did his own rendition, and so did the legendary Stevie Nicks.

Apodaca’s fairytale would not be complete without the FaceTime of a lifetime — between Fleetwood and Nicks.

Apodaca said that despite his newfound fame, he will return to his day job, and is working on launching his apparel company.

He also was offered a job with two of his movie heroes.

“Got to talk to Tommy Chong, you know, I got a video game coming out with them, so that's just incredible,” he said.

Will he continue his viral fame?

“Basically, I just want to keep making videos. You know what I mean? It's just, I want to stay true to that because that's what got me here. So I liked doing that, you know, in any way I can do that is a blessing anyway, you know, just to get out and just take the time instead of doing it on my breaks and everything like that, you know, now it's, it's just crazy, you know, everything that's happening, it's just happening pretty fast," Apodaca said.