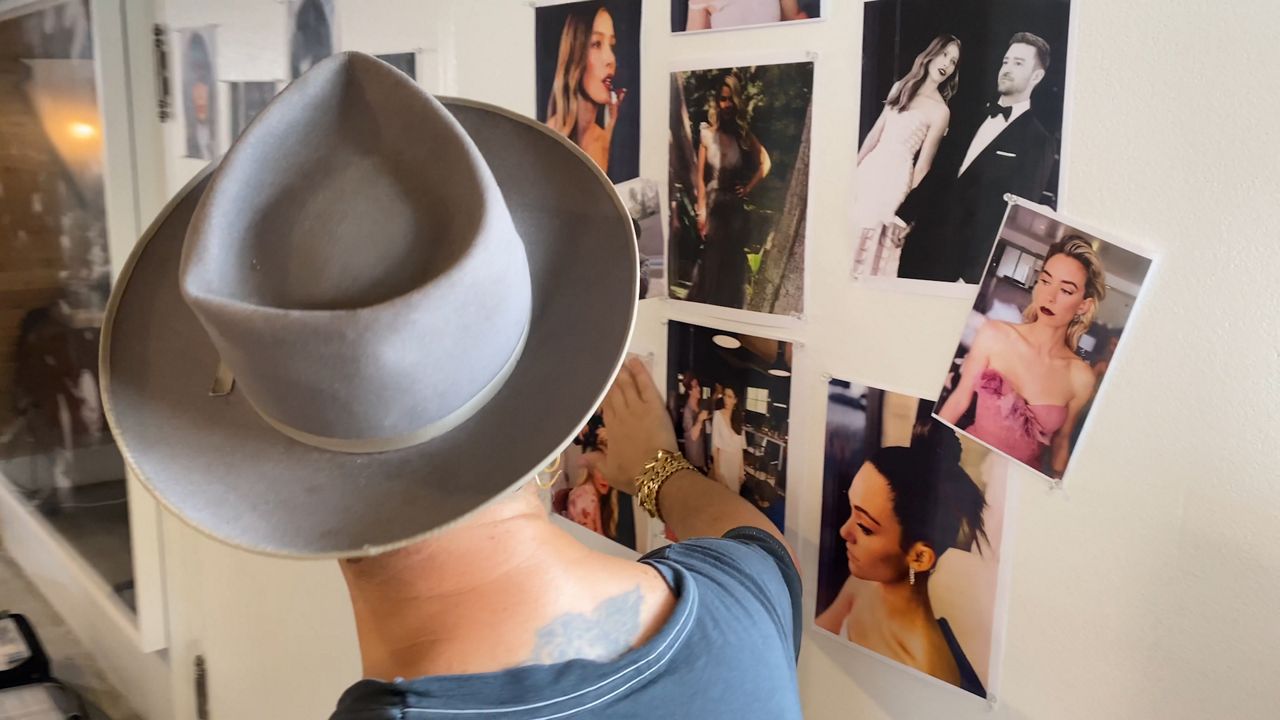 Abergel and his team build out a vision board to help them pick a celebrity's look.

Celebrity Hairstylist Preps to Do Nominee's Hair for Virtual Emmys


Despite the changes due to the ongoing pandemic, this Sunday Abergel will return to the world of glam. He will do an A–list Emmy Award nominee’s hair for the history-making 72nd annual virtual Emmy Awards.

The ceremony is only a few days away, but Abergel’s return to his element can’t come soon enough.

“As for my own celebrities and clients, I haven’t seen much of them other than online or FaceTime,” he said.

This year, the primetime Emmy Awards are happening virtually, with stars joining in from all over the world.

Abergel and his team’s preparation week, like finding their inspiration for their client’s look, has not been all that different than it would normally be. It includes creating a Pinterest inspiration board before every major styling.

“Most of the time it’s ‘here’s a photo of the dress. This is what I am thinking.’ I start talking to the entire team. So because of technology that really hasn’t changed,” he said.

Not just the obvious, like masks during Sunday’s glam session, but also the type of glam he and other stylists will be doing for the virtual awards show.

“Some are going to be in PJs, some in t-shirts some in dresses, it will run the gamut,” he said. “I think we’ll see all over the place. I think some people want to celebrate and bring in the allure and magic of getting dressed up. Some feel like they just want to be themselves,” he said.

Abergel said celebrities are trying to find a balance between celebrating the important art that continues to get so many through the pandemic, while bringing awareness and respect to the moment we are in.

He thinks both are necessary.

“I’m excited that people can see and dream. I’m so lucky I get to work with the talented women and to see them being celebrated during this time is incredibly important,” he said.

Regardless of the most unusual of circumstances, Abergel will still bring his A game on Sunday – just like he always does.