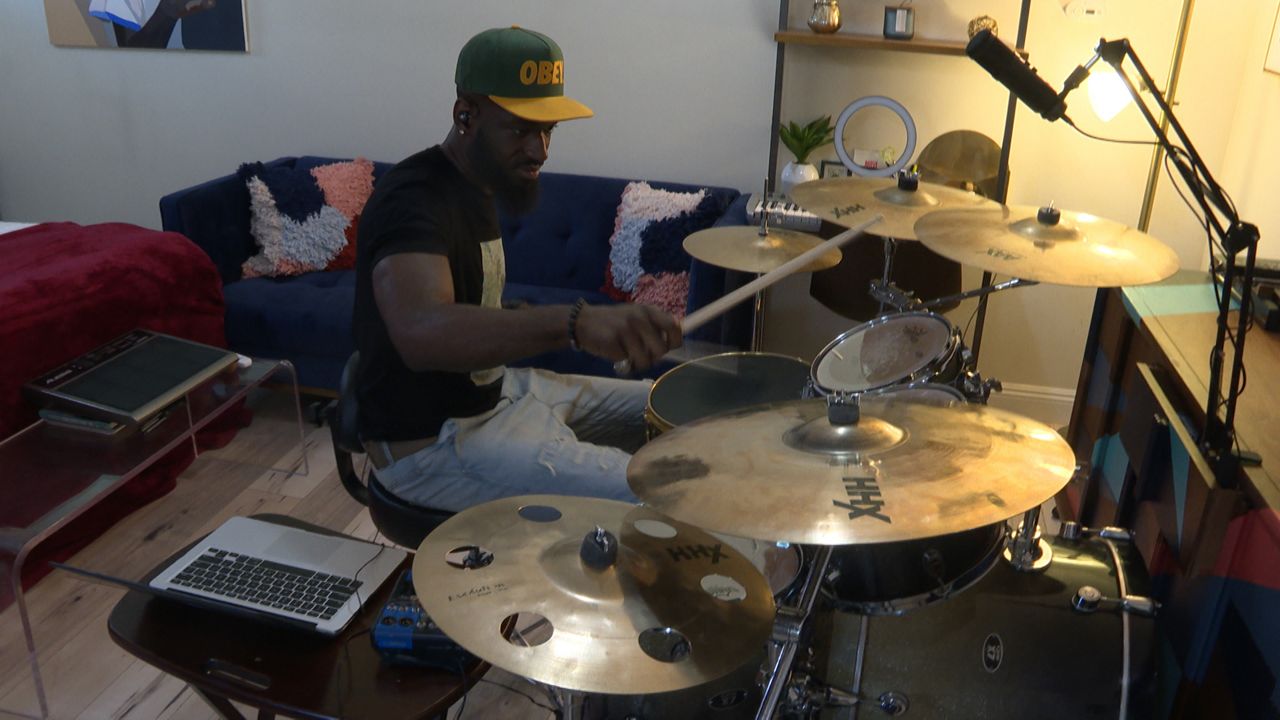 Black touring drummer and music executive Joe Conner says he has lost out on gigs because of race.

Touring Drummer and Executive Describes Being Black in the Music Industry

Join us for Reflections on Race, a three-hour series of special coverage on Spectrum News 1, starting July 30 that addresses the important conversations around trauma, healing, activism, education, and allyship. Experts in psychology, parenting, and civil rights break down what can be done individually and collectively to keep moving toward a more equitable society.

SOUTH LOS ANGELES, Calif. — Getting into the music industry is never easy. Drummer and recording executive, Joe Conner, knows that all too well.

“You’re gonna have to constantly think, 'I can do this, I can do this,' regardless of someone telling you ‘no you can’t,'” he said.

Conner's hand-print is seen all over the industry because he’s lived by those words. At just 31 years old, he’s already been an A&R executive for Capitol Records, and has performed on some of the biggest music tours across all genres. He says he’s done it by fighting off competition and racial stereotypes.

“I have to be 10 times better than the next person who’s next to me,” explained Conner. “I have to speak with more professionalism, more eloquently. I’m working against a boulder that the guy next to me doesn’t have.”

Conner currently plays with rock group Otherwise, where he is the only Black member of the touring band.

Our live stream Friday night was epic! Thank you to everyone who tuned in!! Thank you everyone who subscribed to our Twitch & Patreon channels, & thank you to everyone who donated made orders on the merch store. It felt amazing to feed all of you & get fed with some heavy rock n’ roll! Who would like another live stream show soon?? #RockNRoll #OTHERWISE #LifeByMusic #Band #Structure #Kilpop #DEFY #FUCovid #Bandemic #LiveStreams @wearekilpop @structureexhibits @the.originals.clothing

For them, it’s all about music. Yet, despite his extensive resume in performing country and rock music, Conner says he’s lost on gigs exclusively because of his skin color.

“I might walk into a room and somebody might automatically go ‘oh this is the hip-hop guy.’ I literally had somebody kinda say that to me,” Conner said.

Conner refuses to march to the drumbeat of prejudice, with a personal remedy of perseverance.

“That’s how you overcome it. Don’t let them stop you from going after what you want to get,” he said. “So then when they see a Black man in a certain position, whether he’s playing in a rock band or he’s playing in a country group, they’ve lost."

With every performance and business elevation, Conner finds a victory against racism.