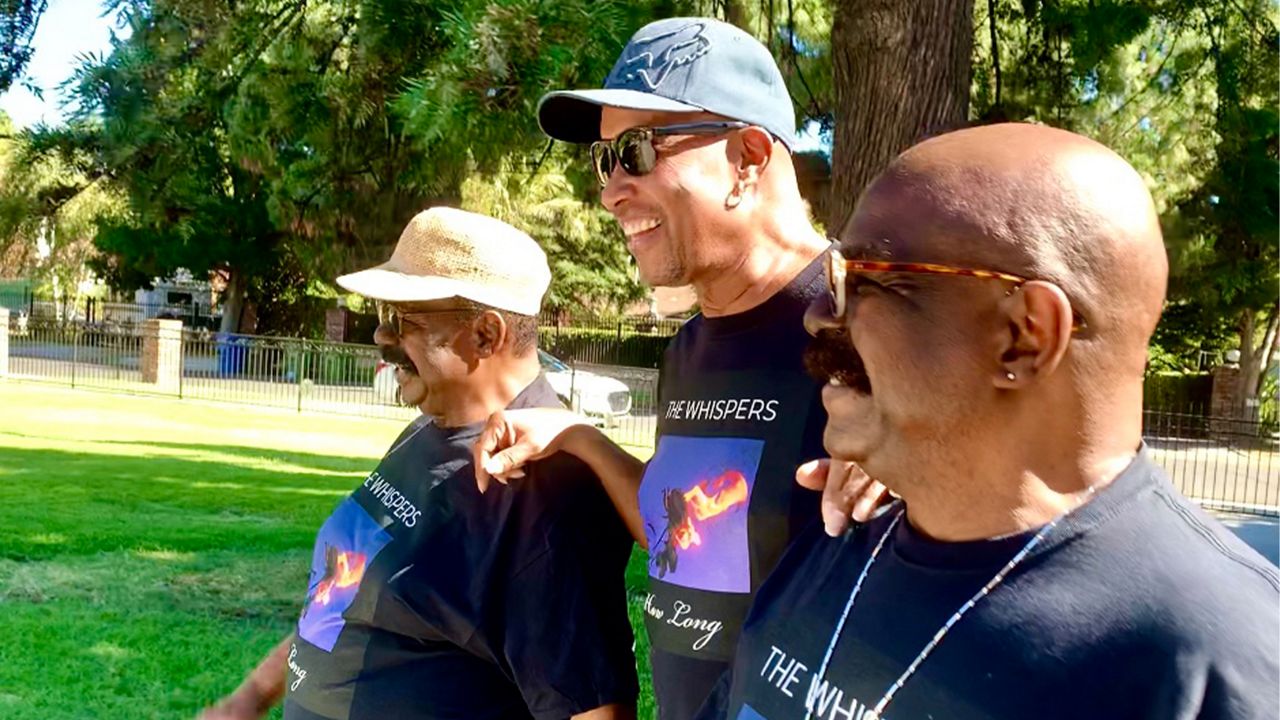 Iconic R&B Group, The Whispers, Return With Song of Unity

HOLLYWOOD, Calif. – The Whispers, a legendary R&B group with hits from the seventies and eighties, are making sure their beat continues to go on and on.

The iconic soul band, all Los Angeles natives, decided to come together and release a new song in response to today’s racial climate. They say, from their perspective, not much has changed.

“We remember what it was like to be stopped by a policeman, and to be honest with you, it wasn’t protect and serve. It’s like it was the other way around, you know. ‘Do as I say, get on the ground.’ And now here we are, 40 years later, we see another guy on the ground. And we said, we gotta sing about this,” band member Walter Scott explained.

Their latest song, entitled “How Long” gives their listeners a perspective of the past, and a message of love for today.

“When we saw what happened with George Floyd, and all the other, let me just be frank, Black men and women who have died, we’ve run out of names now, and when we saw that, we said, no no we can get back to the Whispers standard later, we gotta sing about this,” band member Scotty Scott said.

Generally known for their love ballads, the group came together and reminisced on some of their steady hits, like the award-winning “Rock Steady.”

One thing they’ve learned from their many global tours, is just how impactful music can be.

“Music is just a power all over the world. It doesn’t make any difference if its Japan or if it’s in Europe. People come to our concerts in Japan and can’t even understand the lyrics. But you would swear that they knew every word. And it’s just incredible to see, it just gets into your soul. that’s why they call it, ‘Soul’ music,” said Scott.