BURBANK, Calif. – Emergency food banks that were just started a few weeks ago are now cropping up all over Southern California and operating with assembly line efficiency.

Caroline Hyndman is usually hauling around props as a stagehand on the TV show Days of Our Lives.

These days she's hauling frozen chicken patties and boxes of food into car trunks at a drive-thru food pantry sponsored by the L.A. Food Bank.

“I feel like I needed to do something else to help tell my brothers and sisters that are struggling just as much as I am,” Hyndman said.

Hyndman is a member of IATSE Local 33, which represents over 1,700 people who work in the stagehand trade on live events, concerts, movies, and TV shows. Almost two months after all major entertainment events and production came to a halt, Hyndman, like the majority of the local 33 members, is without a job for the first time in many years.

“I have been out of work since the 13th of March," she said. "I have no idea when I'm going back to work and it's been a struggle.” 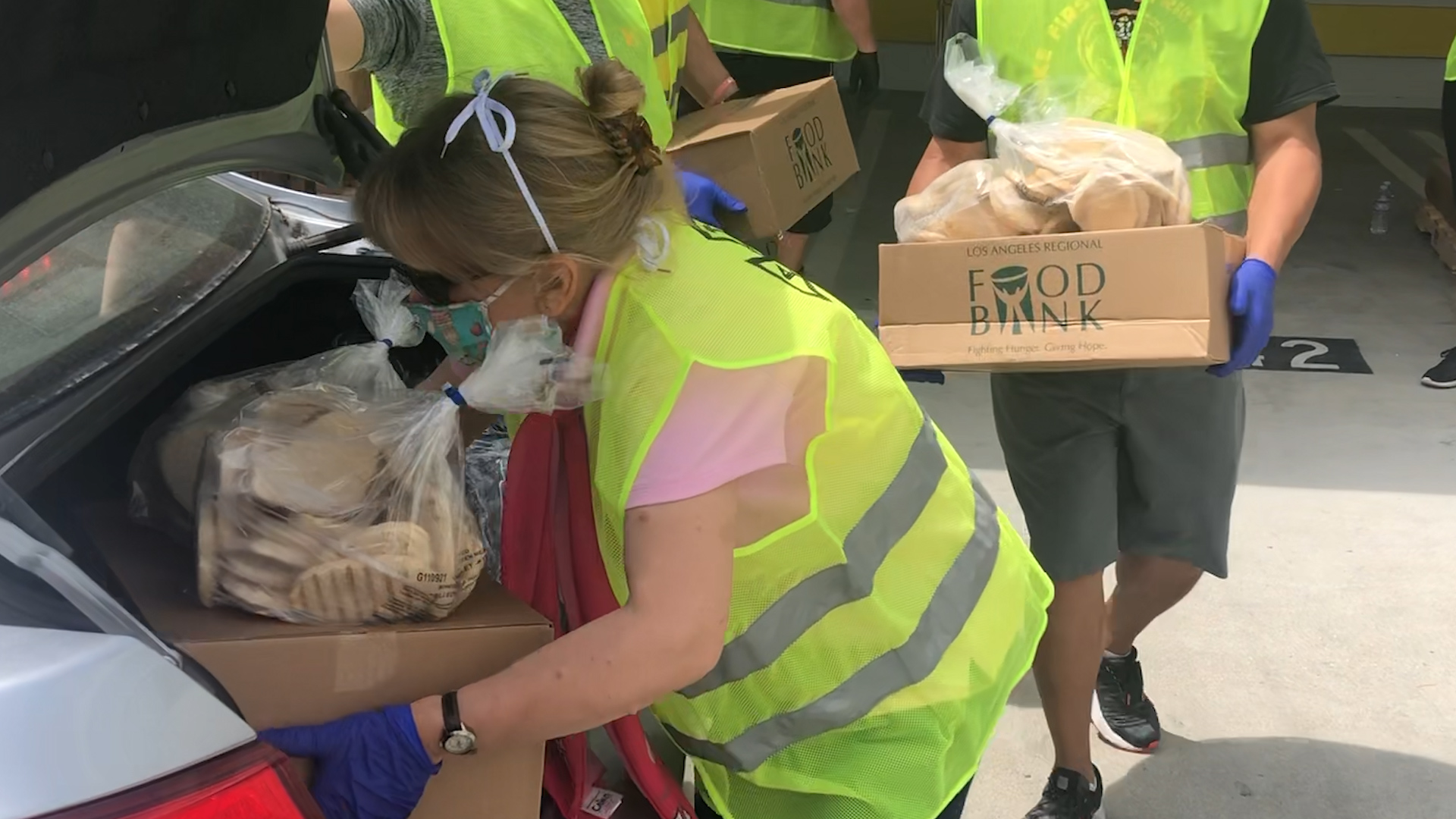 It took her weeks to get through to someone at EDD, but she is finally collecting unemployment benefits. While she's grateful for those checks, she says they won't even remotely cover her bills.

Her credit union is helping out with her mortgage by providing a three month forbearance, but even that may not be enough.

“There are 401(k) programs allowing people to take a hardship withdrawal, so most of our brothers and sisters are doing that and that'll help," Hyndman said. "I'm thinking of doing the same.”

However, some people that came to the food pantry don't have 401(k) plans or credit unions to turn to.

Finding new resources to get help during these tough times is one of the many hurdles, and these food distribution sites have become a necessity for folks who have never needed to go to one until now.

Whether it's a need for food today or money to pay the rent tomorrow, most people are stressed out and worried about what's next.

“Most of us are struggling in one way or another," Hyndman said. "Whether it's a mental struggle or just a financial struggle. It's hard to describe it. My friends are calling this the Twilight Zone.”

These unprecedented times may feel like a surreal TV show. But for people in the entertainment industry, the struggles during this pandemic are all too real.