“It’s heartbreaking for me," she said in front of an empty stage.

Ten years ago, she and her business partner Dave Reinitz opened Flappers Comedy Club in Burbank and some of their employees have been with them since the beginning, like general manager William Nickerson whose portrait hangs over the room.

“We have a server, Jeff Helligar—literally helped me paint the place. Been here since Day 1," Holliday said. "Bartender Mischa McCourtney. They all believed in our dream and they all are out of work as well.”

With 51 people and their families depending on her for a paycheck, it doesn’t sit well with Barbara that her business is considered nonessential.

“We worked our butts off and basically gave employment to many people," she said. "And that’s what’s killing me right now is the idea that someone just tells you that you’re not essential. It’s like cutting off an arm basically and 51 people’s limbs as well.”

To keep as many people on payroll as possible, the partners had to improvise. They’ve moved their live comedy shows and classes online. 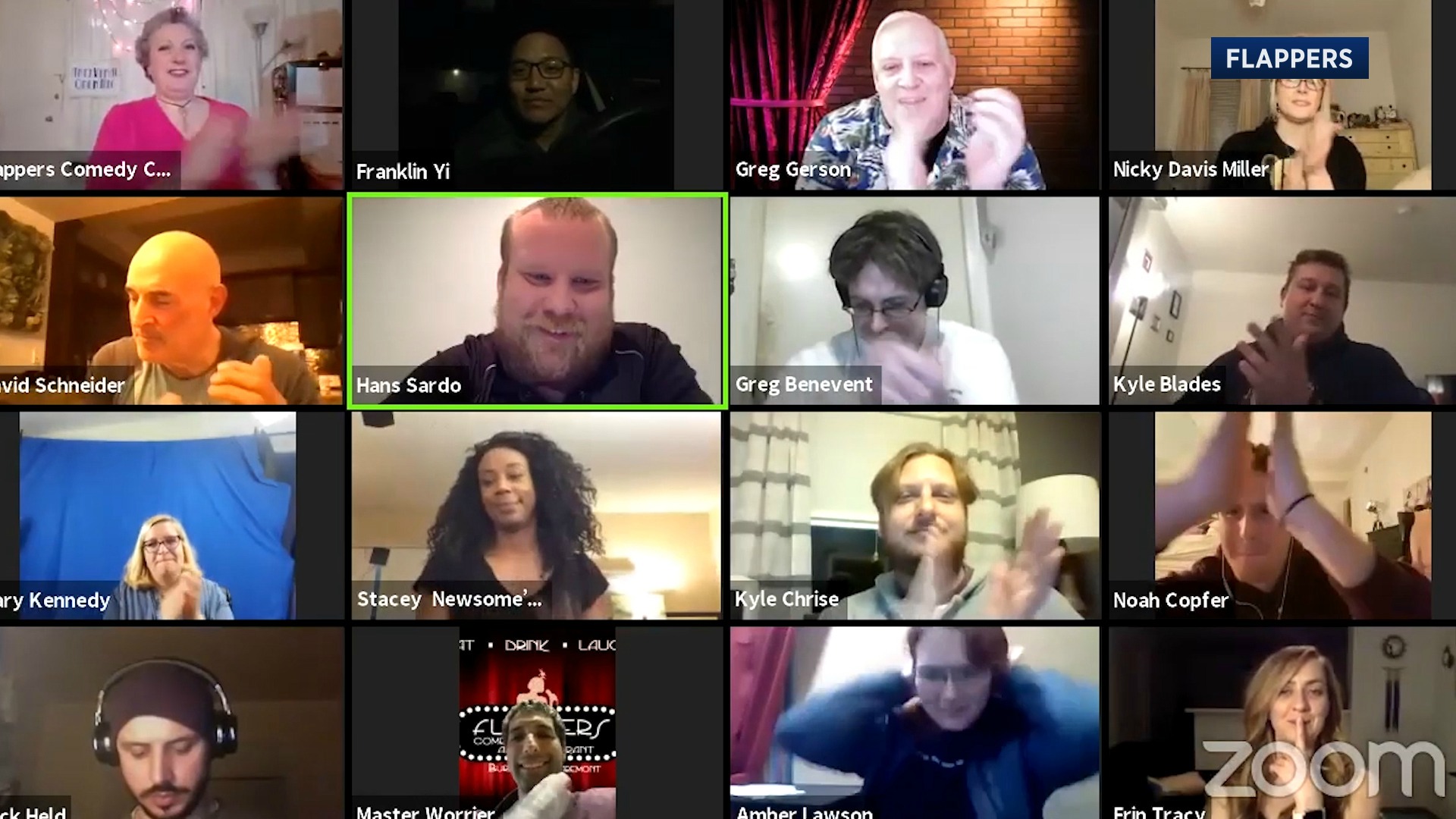 They revamped their menu to cater to takeout and delivery. They also opened the "comedy-venience" store where they sell groceries and household items like toilet paper, a big seller that Reinitz said “everybody enjoys."

“You know, not a lot of people think, ‘Hey, pandemic, let’s call the local comedy club and get some food and groceries,'" he joked. "So its been a retraining process.”

Reinitz says he’s always seen Flappers as a kind of community center, and that’s true now more than ever. They give their employees Flappers gift cards to purchase take out meals or essentials. Patrons can also purchase gift cards to be donated to out of work comedians.

Share the love! https://t.co/PhgAA58T4k Gift Card Program for comedians in need of basic food & groceries. We are asking generous donors to purchase a Flappers E-Gift Card, then we are gifting them back out to local comedians for basic food and groceries. #InThisTogether pic.twitter.com/RglKdv4mZM

Local residents are responding, ordering food and supplies and picking them up from a safe distance.

“We are being allowed to help people," he said. "We’re being able to keep continuing to do that because of the support we’ve had from the community.”

This is a storm that they never could have planned for, but Reinitz is optimistic that they’ll weather it.

After all, laughter is their stock and trade.

"We need laughs more than we ever, ever did before," Holliday said. "If there was a ever a business that was essential, it’s laughter, right?"