LOS ANGELES – Most 14-year-olds have math homework, but they don’t all get to do it backstage at the Mark Taper Forum.

However Jocelyn Shek is no ordinary teenager. The Sherman Oaks teen is making her professional stage debut in Heidi Schreck’s What the Constitution Means to Me. This may be a new stage for her, but the debate stage is one she’s quite familiar with.

“I started with my elementary school in a form called Parliamentary Debate," Shek said, in the dressing room turned classroom at the theatre.

She later transitioned to Lincoln Douglas debate, winning many awards along the way. When she heard the tour was looking to cast a local teen, she remembers thinking, “I live in L.A. I’m a teen debater. Maybe I should audition.”

It was her sharp debate skills that won her the role. Performing in 700 seat theatre is a big deal for the Shek, who says she wasn’t always comfortable in front of a crowd.

"When I first started debate I was honestly super super shy," she recalled, "even though debate might not seem like the best thing for someone who is shy.”

Shek and original Broadway cast member Rosdely Ciprian share the role, alternating performances.  Both girls are so good that their co-star Maria Dizzia, who also did speech and debate as a kid, admits she has stolen some of their moves. 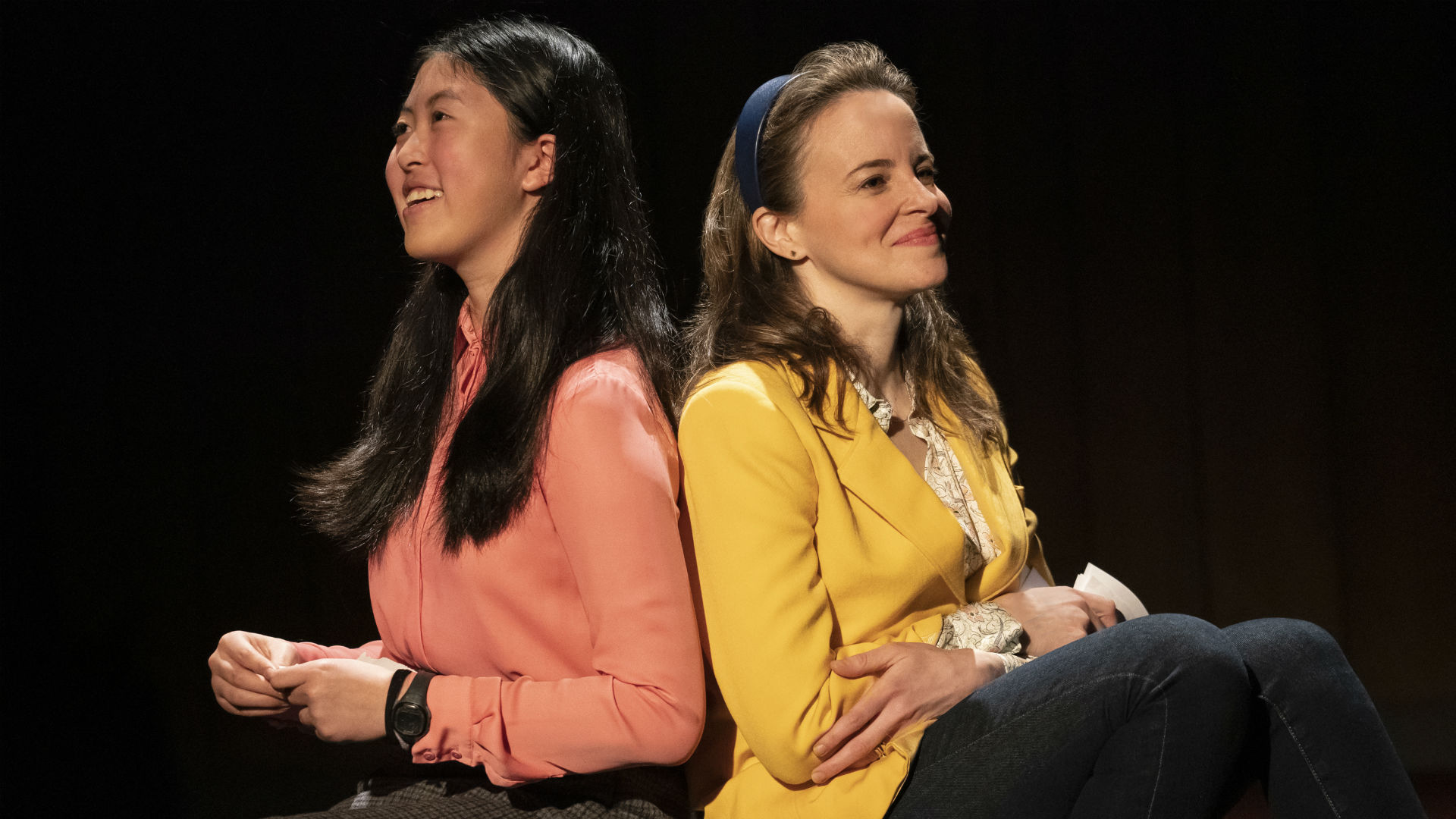 “I have to say I was not as talented as these girls are and they’ve taught me so much," Dizzia said. "Jocelyn is really great at landing a joke and so I’ve taken some of her rhythms.”

Dizzia carries a bulk of the show, playing Heidi Schreck, who she has known since 2003.  She says having the girls come in at the end to debate the constitution is a really important conclusion to the show.

“You’re like, gasp, ‘A real teenager,’" she laughed. "I just think that it infuses the show with a real sense of hopefulness, the idea that this conversation about the constitution and the progress of women’s rights in not over.”

For Shek, this theatre thing is just one of many talents.  In addition to her stellar academics, she is also on her schools’ robotics team and of course continues debating.

“I usually go to debate practice after school and then I come to the theatre," she said while working on her calculus homework.

She admits, before the show, she didn’t really give the constitution much thought.

“I always just thought if it as something that people, mostly people older than me, were always talking about it," Shek said. "And then once I started doing the show I really started to learn the power of it and the value of it.”

Shek will travel with the show to Chicago, but while she has enjoyed this opportunity, ultimately, she thinks she would like a career in public health. Whatever path she chooses, she believes the skills she has sharpened through debate will help her get there.

There is no argument about that.

What the Constitution Means to Me is running at the Mark Taper Forum through February 28.