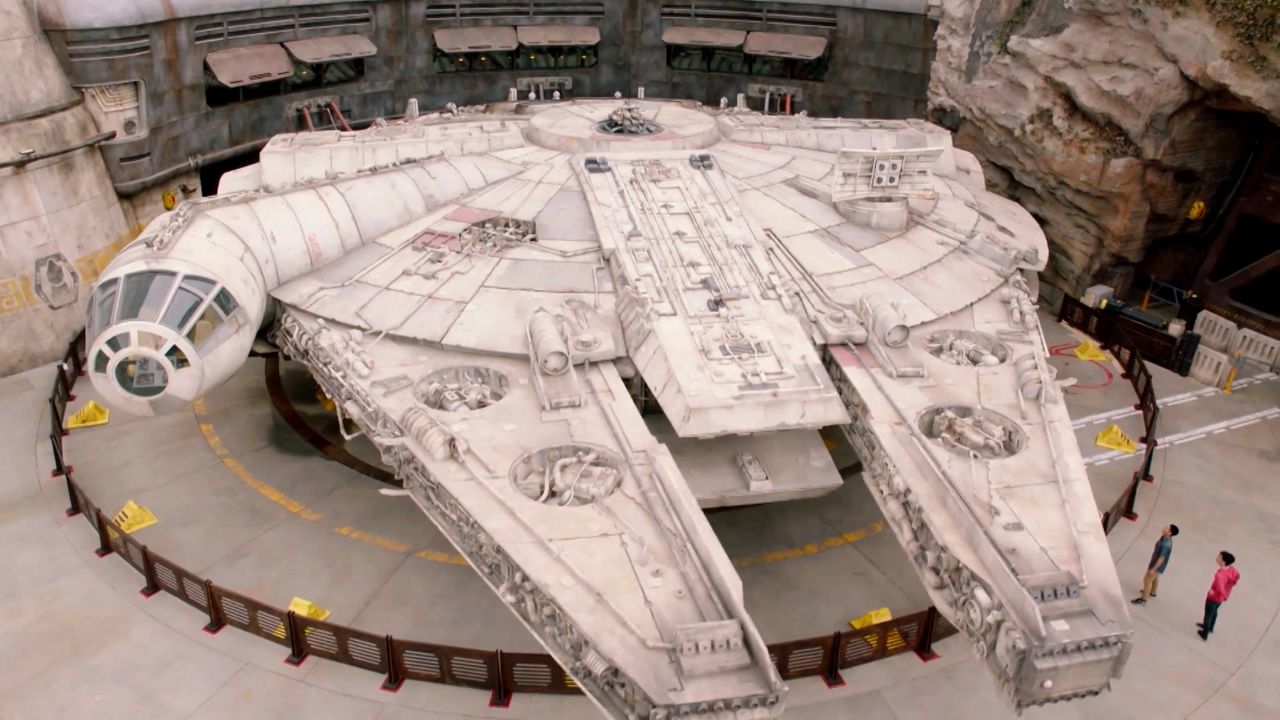 When visitors arrive on the planet of Batuu, they enter Black Spire Outpost, a remote port that's home to traders, smugglers, and even members of the First Order. 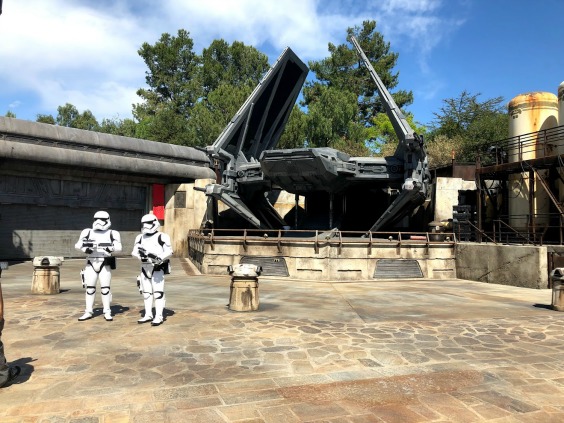 Visitors will have the chance to see a larger-than-life replica of the Millennium Falcon, come face-to-face with Stormtroopers, and even try Blue Milk.

YES! I did the Kessel Run in less than 12 parsecs! I went to a galaxy far, far away to bring you a story from @starwarsgalaxysedge! I’ll be LIVE all morning & afternoon tomorrow from @Disneyland on @spectrumnews1socal! Obikwon is off to bed! #starwars #disney #galaxysedge pic.twitter.com/47rpZ9ZTjx

Fans can look for these and others as they explore the land:

Inside Ronto Roasters, one of the food stalls in the land, is a large pod-racing engine that is now being used to roast meat. Turning the spits of meat is a swelter droid, similar to the one seen in Jabba the Hutt's palace in Star Wars: Return of the Jedi.

R2-D2 tracks in the pathways

As visitors enter a part of the land called Droid Alley, they should look down. Etched in the pathways are track marks left behind by the original R2-D2 from Star Wars: A New Hope.

Disney Imagineers used the rubbings from the droid to create three-dimensional wheels. They then rolled those wheels through the concrete pathways before they dried, leaving behind the tracks.

Aurebesh, the written language of Star Wars, can be found throughout Galaxy's Edge -- from cast member's name tags to the words on the in-world Coca-Cola bottles.

But as you explore the land look for the language on various walls and buildings. Don't understand Aurebesh? No worries, you can use the Play Disney Parks app to decode the messages.

There are a few water fountains inside Black Spire Outpost. Lurking in the tank of one of them is the dianoga, a hairy, one-eyed squid like creatures. Visitors will be able to trigger the animatronic by pushing the button on the water fountain. Fans of Star Wars: A New Hope will remember the creature from the Death Star's trash compactor.

Inside Docking Bay 7 Food and Cargo is a specially-marked crate. When inside the dining location, look for the crate labeled "80," which refers to the year Star Wars: The Empire Strikes Back was released.

While you're there, also look for the "77" and "83" Easter eggs, which refer to the release dates for Star Wars: A New Hope and Star Wars: Return of the Jedi, respectively.

There are dozens of other Easter Eggs scattered throughout Galaxy's Edge, including one as you exit the Millennium Falcon: Smugglers Run attraction. But you'll have to find those on your own.