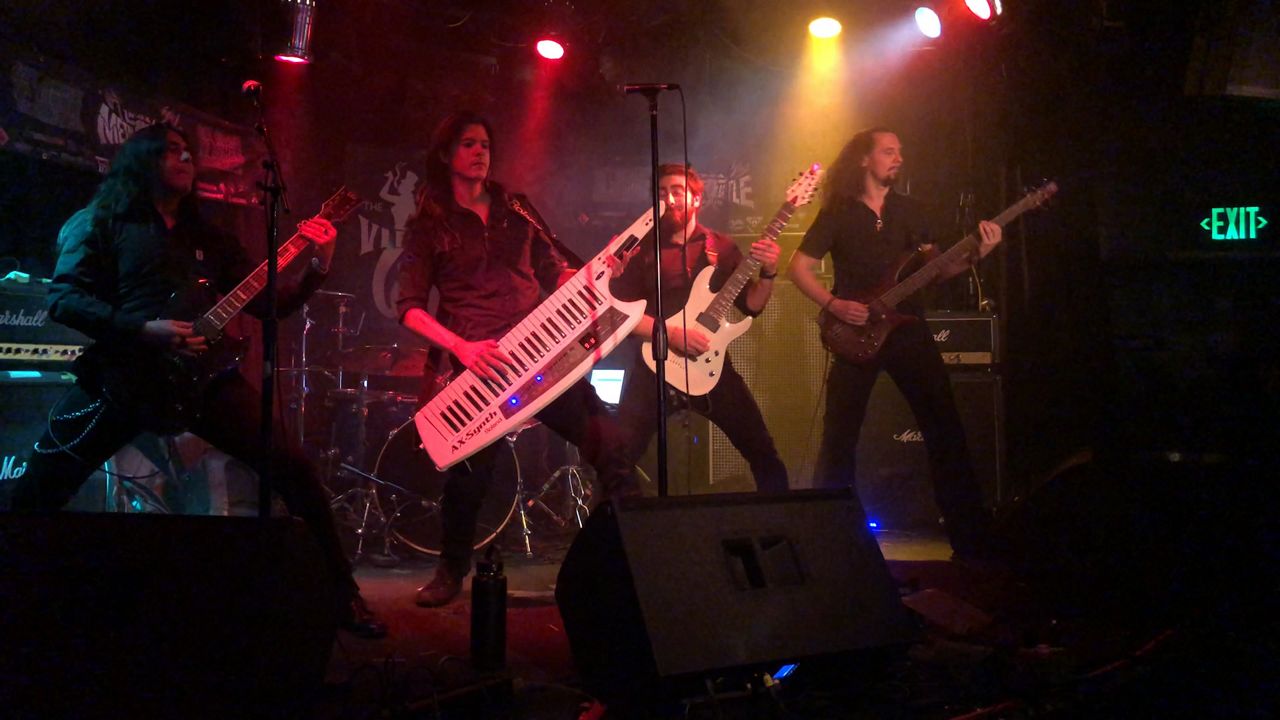 WEST HOLLYWOOD, Calif. -- Every year, heavy metal bands all over the world compete for a shot at the big stage in the Wacken Metal Battle. An international music contest, it’s a chance for underground and unsigned musicians to shred and represent their country at the Headbanger’s Stage in Germany.

Tonight, one local band called Anthea is up against five other Los Angeles bands at the Viper Room in West Hollywood. The winner tonight will get to compete in the L.A. Finals.

“I think a lot of the reason why like metal has been so relevant still, is that people like to see musicianship,” said Valadez. “People want to see a live guitar player, live drummer, singing, and the fact you can do so much with metal, like all the different genres of metal like you can do now. It’s just like kind of spurred a lot of new ideas and what not, and being really creative.”

The band went on to be named as first-place winners on the night. When their name is announced, the crowd screams in appreciation.

A gothic progressive symphonic metal band with roots in Whittier, the members of Anthea are excited to get to the next level and hope to compete for the California regionals. Over 40 countries participate in the Wacken Metal Battle, including bands from China, Canada, Mexico and Japan, so Anthea plans to rehearse as much as possible.

“See the thing about metal is that you can say that it started in Europe, but today it’s become this global phenomena and it’s not only in Europe, but it’s also in the U.S., South America, Japan, it’s all over,” said Valadez.

“I would say that metal kind of reached its height in popularity in L.A. at around the 80s, but now it’s starting to come back. There’s some amazing metal bands coming out of L.A. right now.”

And with a little luck, one of them just might be headed to the Headbanger's Stage in Germany.