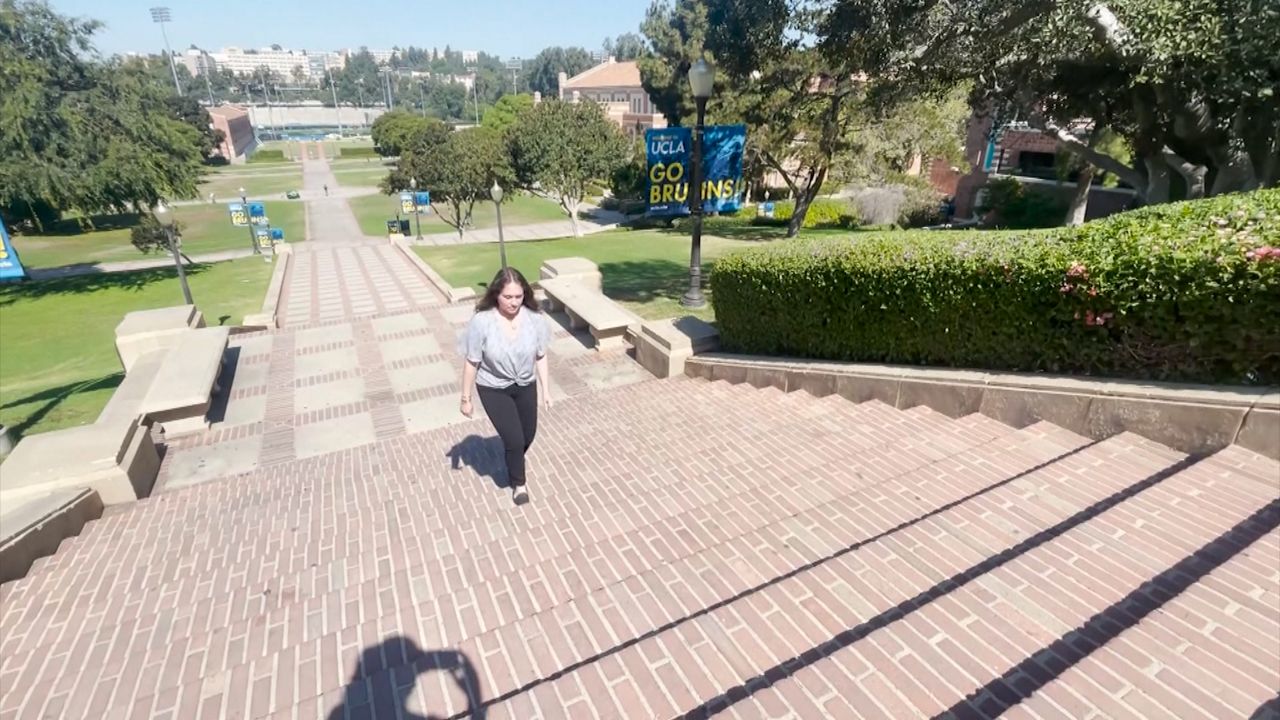 UC tuition will be free for California Native students in fall

LOS ANGELES — All California Native students who attend a University of California school will receive free tuition starting in the fall.

The $2.4 million plan is a way to help right historic wrongs against the first people who called America home.

As a person of the Navajo tribe, she knows firsthand that Native people have been forced to be hidden.

“My grandmother personally went to a boarding school, so for her growing up, there was definitely a lot being taught about not to share your heritage,” Redmond said. “So starting with me and my cousins, that’s definitely a starting point where we’ve been open about our heritage and going out and sharing that within our community.”

Now the campus community of Native students is likely to expand.

UC president Michael Drake announced free tuition for all California students of federally recognized tribes as a way to expand enrollment and keep Native students. Native students currently make up less than 1% of the student body.

Redmond, who has loans and works to pay tuition, will be free from future debt.

“I won’t have to worry about, ‘Oh, I need to get a shift this weekend so I can cover my tuition next week,’” she said.


In a letter, Drake said the university is “committed to recognizing and acknowledging historical wrongs endured by Native Americans.”

The UC Native American Opportunity Plan will cover tuition fees for all incoming and current undergraduate and graduate students at all UC campuses. Students must be enrolled in a federally recognized tribe.

Redmond, who is studying economics with a minor in American Indian studies, agrees that this new plan is a way to economically boost native communities and right historic wrongs.

“A lot of things have been taken away from us, not only our land but our family members,” Redmond said.

“My grandma went to boarding school for a long time and was separated from her family. So for our generations now being able to get some more benefit and kind of make up for what we’ve lacked for so long is important.“

The UC Native Opportunity Plan will be funded from a combination of existing and new university financial aid funds.