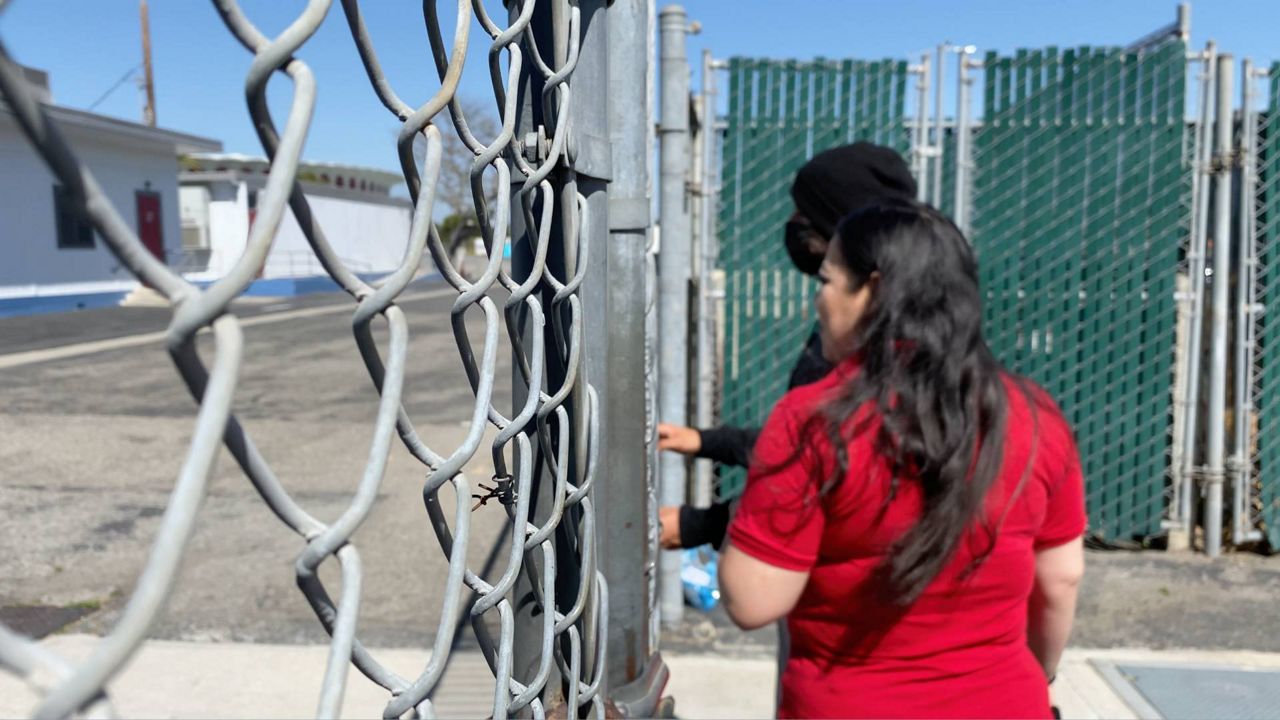 10 years after state takeover of schools, are Inglewood students better off?

INGLEWOOD, Calif. — Inglewood schools hold a special place in Jazmin Gonzalez’ heart, as both she and her son Andress grew up in the Inglewood Unified School District.

“It’s a walk down memory lane,” she said as she walked by the elementary school they both attended decades apart.


Andress will start high school later this year, so they’re trying to figure out their next steps. His mother wants Andress to go to a school with a solid education and a variety of after-school programs, but she said she hasn’t found that in Inglewood.

“So, it’s either sending him to a charter school, which is not Inglewood Unified, or it’s sending him off to another district for him to get the help that he needs for his goals,” she said.

But it’s not just Andress. A district report shows that Inglewood Unified was losing 500 students on average every school year — and that was before the COVID-19 pandemic.

“I think it’s a crisis situation because students are leaving at an alarming rate,” said John Hughes, who attended Inglewood schools as a boy.

Upon graduation, Hughes went back into the same classrooms as a teacher. He has been serving the district for 27 years and, in that time, has been actively speaking out about some issues he sees. Despite facing potential reprimands, he isn’t keeping quiet.

Hughes was front and center 10 years ago when the state took over Inglewood Unified as the district faced insolvency, and he also witnessed the transfer of power from the state to the county in 2018.

“It’s been a total disaster,” he said. “We’ve had what seven different directors, state-appointed, and now that’s been transferred to the county because the state messed it up.”

Ten years and multiple bonds later, enrollment has dropped by about 40%, according to a district report. Meanwhile, 80% of students test below grade level in math and 70% in reading, according to the website Niche. And at the end of the school year, Warren Lane Elementary school is closing.

“When you look at the rating, the education, it’s a total abandonment to excellence,” Hughes said.

The district has been under the control of the Los Angeles County Office of Education for the last four years. The LACOE Inglewood Administrator Erika Flores sent Spectrum News a statement that reads in part: “We have made tremendous gains and are far better off today. We balanced our budget, maximized resources for student achievement, improved facilities, built stronger internal and external relationships, and presented new professional development opportunities for our staff.”

You can find LACOE’s full statement below. Spectrum News also reached out to the California Department of Education, which had control of the district for six years, but did not get a response.

“It makes me feel disheartened because I want to keep my son here in Inglewood,” Jazmin Gonzalez said. “You know, we were all born and raised here. We have to go to outside resources when we should be having them within the city.”

Therefore, come next year, her son Andress will be walking away from Inglewood schools.

“While 2022 marks the 10th year for Inglewood Unified in state receivership, it was not until September 2018, after the passage of Assembly Bill 1840, that receivership was placed under the Los Angeles County Office of Education. In the fall of 2019, Los Angeles County Superintendent of Schools Debra Duardo appointed me as County Administrator.

Since that time, we have worked hard to make Inglewood Unified part of the revival in our community. We have made tremendous gains and are far better off today. We balanced our budget, maximized resources for student achievement, improved facilities, built stronger internal and external relationships, and presented new professional development opportunities for our staff. Although we have been making excellent progress, there are still challenging decisions in front of us, such as school closures and consolidations that will be necessary in order for us to maintain stability.

We are excited that various partners want to invest in Inglewood schools and feel proud about the progress that has been made. As we move forward, our top priority continues to be our students and to ensure that they receive an excellent education as we work towards returning local control back to the community we serve.”