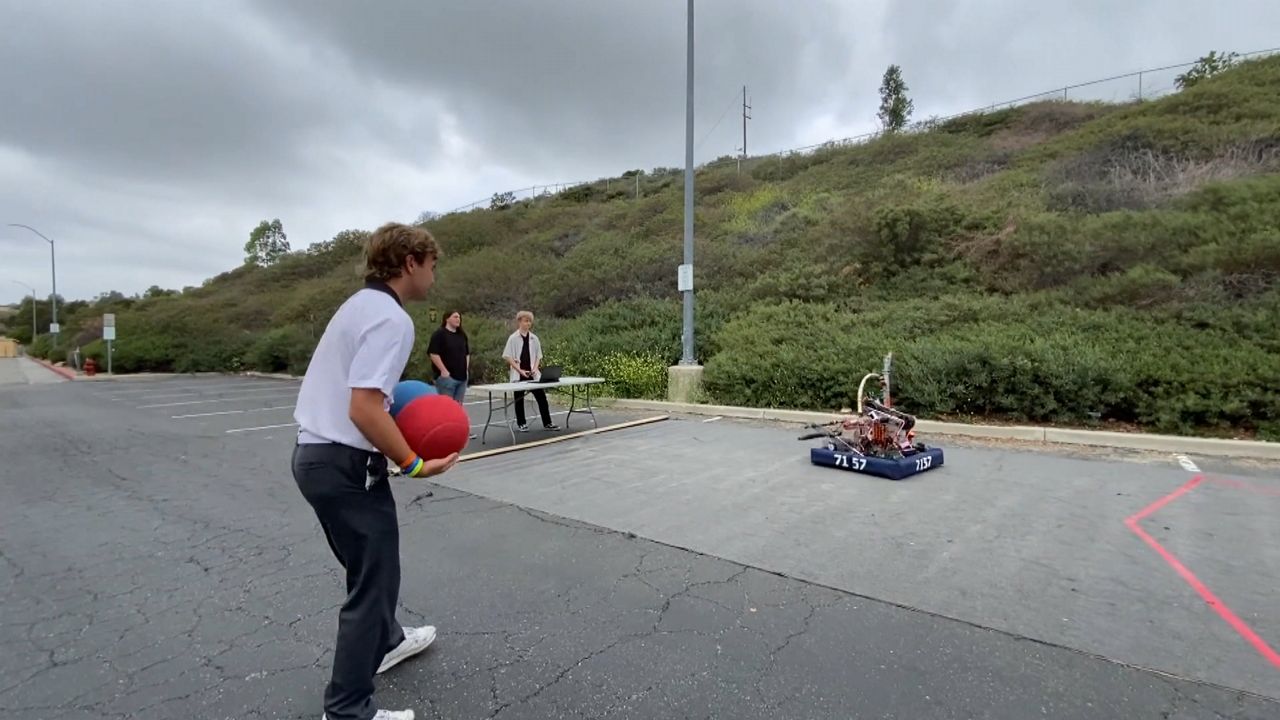 SoCal robotics team prepares for a world championship in Houston

“I’m really interested in mechanical stuff,” he said. “That’s why I sort of joined robotics in the first place, because I wanted to learn about more hands-on things and how to do it yourself.” It is Pinsky’s first year on Mubotics Team 7157, Brea Olinda High School’s robotics team.

This year, the stakes are high because on April 21, they are competing in a world robotics contest called the FIRST Championship — the first in-person event in two years. It’s no small feat for these students who had about six weeks to build a competition robot from scratch.

“Everyone has an idea in this and anyone that comes up with an idea, we really support it and just, anything that works, we’re happy about, really,” Pinsky said.

What they created is a robot named “Washington” — which earned its name after the team finished building it on George Washington’s birthday — that can scoop up two balls every 10 seconds and launch them into the air.

The robotics team is part of a larger push to bring STEM (science, technology, engineering and math) to the school, but students also learn skills in other areas like business. Abby Park, an 11th-grade student, says she helped make presentations to secure sponsors, worked on a budget and forged new friendships along the way.

“Everyone on the team loves the team and they love what they are doing on the team, and so I think actively seeing that kind of pure passion, it was kind of overwhelming at first,” she said. “But then getting used to that and then kind of getting into that ‘robotics fever’, I like to say, is what is nice.”

For a team that’s only five years old, heading to a world-class competition, where some teams have major sponsors and years of experience, is impressive according to Brandi Augenstein, a career counseling coordinator who travels with the students.

“For a lot of them, this is their first real season together and I think that the last couple years of them building in garages when we didn’t have our schools open, they kind of came together just as individuals and kind of built and learned,” she said. “Really, they have come a long way if you think about how much time they have actually had to formal build space and the equipment and tools that they need to make this successful.”

Augenstein says the team needs to raise at least $30,000 to make it to Houston for the competition. But when it comes to the robot, Pinsky says they’re ready.

“Out of all the hours we put into the ‘bot’ and for it to work so well, I think we are pretty happy about that,” he said.