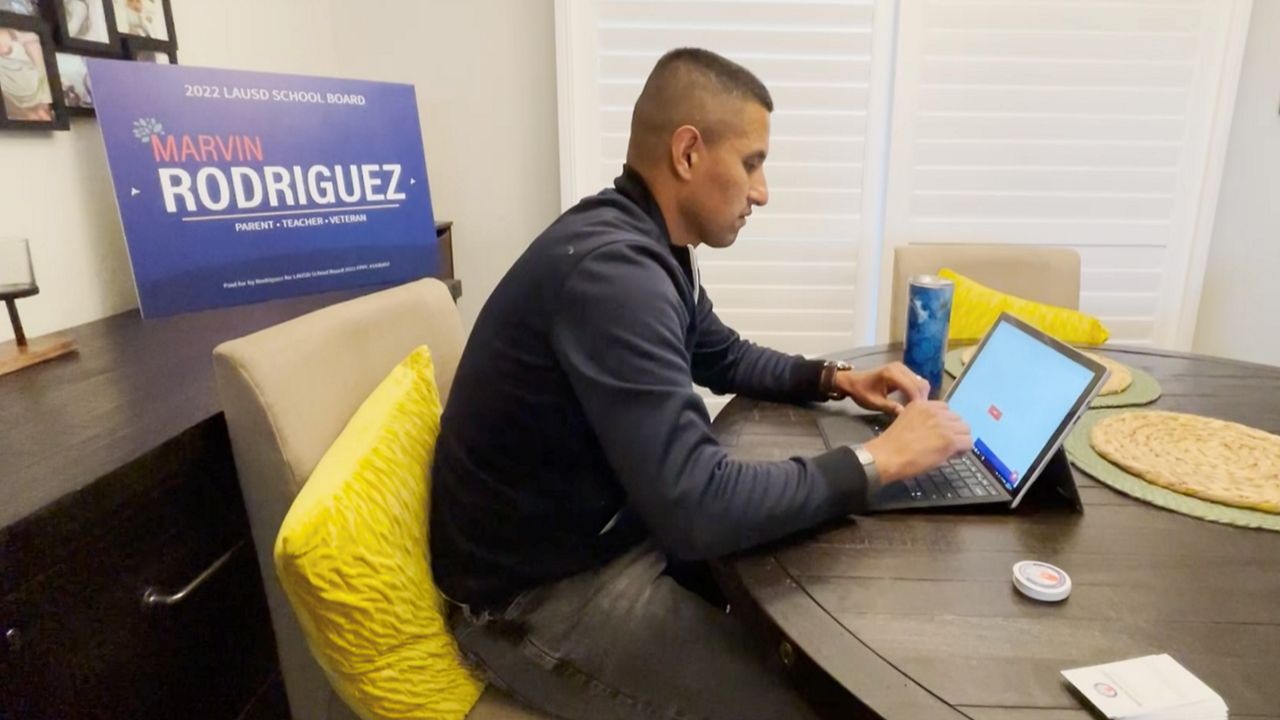 Current teachers among candidates for LAUSD school board

LOS ANGELES — Ten candidates are hoping to fill one of three open seats on the Los Angeles Unified School board — including three current teachers.


Spanish teacher Marvin Rodriguez is a candidate in District 6. He has been an educator for 17 years and decided to run after teaching during the pandemic.

“It was tough,” Rodriguez said. “Some of my students were lost not only academically, but they were lost socially and emotionally.”

Mental health will be one of his focuses if he joins the board. He is running against incumbent and current board president, Kelly Gonez.

If he or any of the other teachers are elected, they could no longer teach in the classroom.

Elementary school teacher Tracey Schroeder is a candidate in District 4. Schroeder, who has been an educator for 24 years, believes the removal of hundreds of unvaccinated teachers has hurt students.

She would advocate for vaccine choice for both teachers and students.

“The vaccine has not prevented adults from getting it in the schools. They still test positive,” Schroeder said. “There are other reasons why I do stand by people with medical, religious and personal beliefs that prevent them from it.”

She also wants more transparency from the school board.

Miguel Angel Segura is a candidate in his own community. He grew up in District 2 and is now a substitute teacher who works at different LAUSD schools.

“The kids gravitate towards me because I speak like them. I look like them. They understand me,” Segura said.

He said many students are hungry while learning. One of his priorities will be to bring back nutrition or snack time.

Segura is running to fill the seat that will be vacated by Monica Garcia, who cannot run because of term limits. He has gotten to know her office as a previous staff member of the LAUSD board.

“I had a very tight relationship with her office,” Segura said. “Whatever that they still want to do like they could pass over and I would want to continue the work because I think the work was great.”

None of the three current teacher candidates have received union or official endorsements yet.