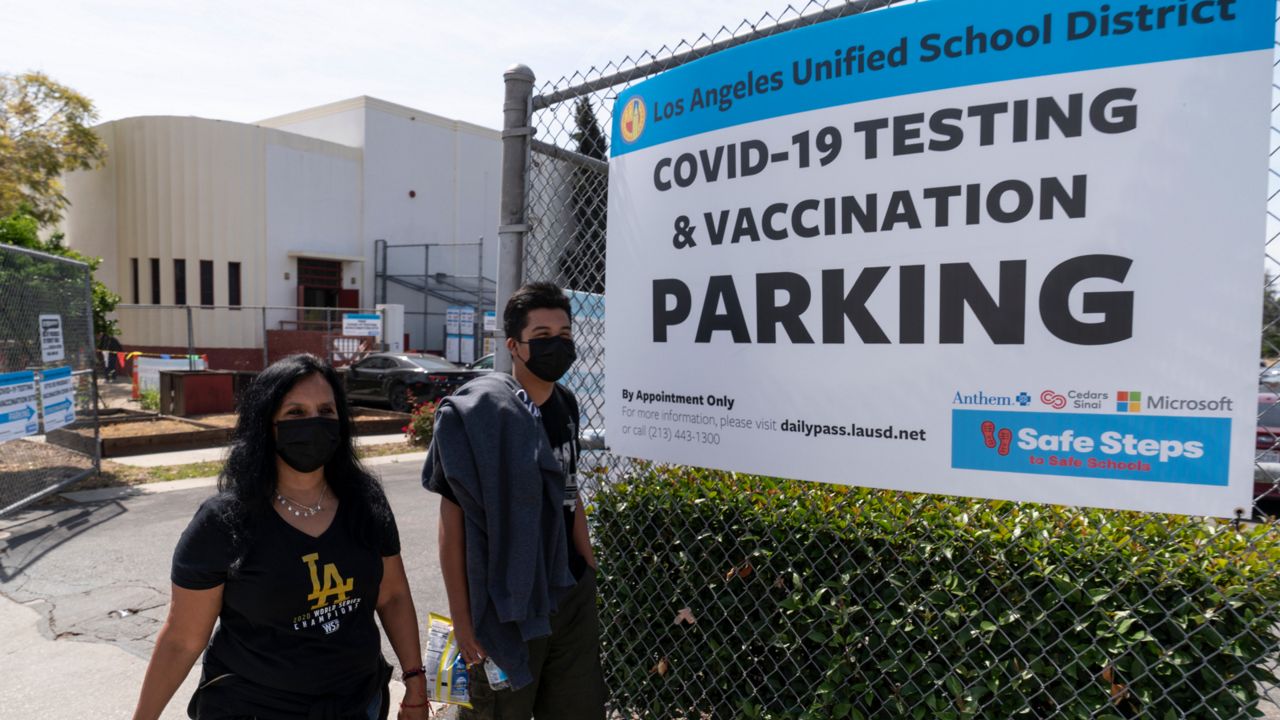 California requires vaccinations or testing for all school workers

"We think this is the right thing to do and we think this is a sustainable way to keeping our schools open and to address the number one anxiety that parents like myself have — I have four young children — and that is knowing that the schools are doing everything in their power to keep our kids safe, to keep our kids healthy, and that is what we're doing here in the state of California," Newsom said during a visit to a school in Oakland.

The policy mirrors one announced this week by the Long Beach Unified School District, which will begin fall classes at the end of August. School districts in San Francisco, Oakland and Sacramento also have similar requirements in place.

The Los Angeles Unified School District — the largest district in the state and second-largest in the nation — has a slightly stricter policy in place, requiring weekly COVID testing for all students and staff regardless of vaccination status.

"Today we feel is a responsible step in the direction to continue to maintain that stewardship and that focus on getting to where we all want to go, and that's extinguishing this virus once and for all," Newsom said.

He again touted the state's higher-than-average vaccination rate — 77.5% of all eligible residents receiving at least one dose — but said, "It's not good enough. We have more work to do."

Newsom said he hopes the requirement "will begin a process of significantly increasing vaccination rates" statewide.

The vaccination-or-testing requirement already has the support of the powerful Service Employees International Union, which represents thousands of school workers across the state.

"We share Governor Newsom's commitment to increasing the rate of vaccination so we can better protect the students and families we serve from sickness and death, and prevent the virus from spreading to our own families and communities, and we support public health measures such as this which are designed to do so while giving workers a choice," said Max Arias, an executive board member of SEIU California. "Worker-led school safety protocols have created the model for safe school reopening, and many school workers have already created similar agreements."

Larry Elder, a conservative talk show host considered a leading candidate in the upcoming gubernatorial recall election, wrote on Twitter that he would reverse the order if he becomes governor.

"Encouraging vaccination is fine. Government mandating it is not," Elder wrote on Twitter, although Newsom's order would not be a vaccine mandate since workers have the option of weekly testing.

Fellow Republican gubernatorial candidate John Cox said, "Instead of more mandates, we should be giving parents greater choice when it comes to schools."

Newsom has come under some fire from some groups for another statewide school mandate — mask-wearing. The Orange County Board of Education announced last week it will be taking legal action to challenge the requirement for all students and teachers to wear masks. A pair of parent groups have also filed a lawsuit in San Diego challenging the mandate.

The governor has brushed off criticism, saying last week, "We want to keep our kids safe."

"We want them back in person for in-person instruction," Newsom said. "We don't want our kids back on Zoom school. We don't want our kids back online with all the disparities that were self-evident in another classroom I was in when I asked them how their download speeds are. And the fact that a young child, in first-grade, is talking about download speeds suggests everything you need to know about the nature of the impact of this pandemic and how disproportionate it has been."

Newsom said he expects school districts across the state to follow all safety recommendations, which he said "are in line with the CDC and aligned with the American Academy of Pediatrics, which I'm more interested in their counsel and advice than, respectfully, those that are seeking to move in the direction of Florida and other states."