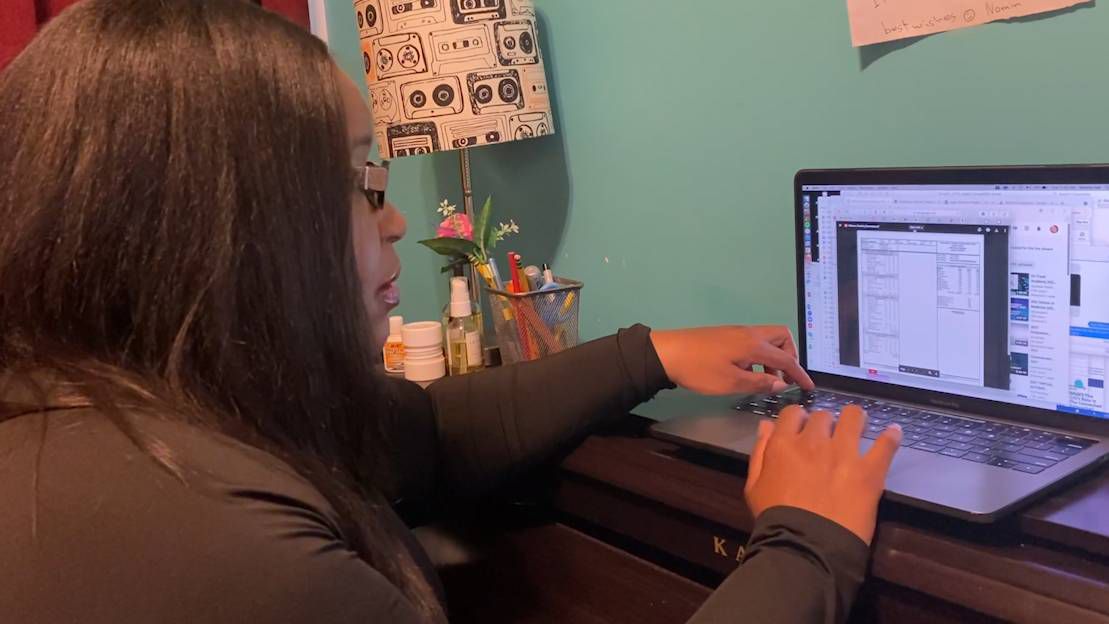 LOS ANGELES — Whether at her piano or virtually connected, whenever a student enrolls in Tanisha Hall’s performing arts academy in South LA, they become part of her family.


Hall also fills that maternal void as a mom to three foster children. A role she watched her mother take on and inspired her to do the same.

Many foster kids come from unfortunate circumstances and Hall has taken it upon herself to create a safe space for them, but school seems to be one place out of her control. High school in particular has been tough on one of her daughters, who Hall says, has really struggled academically.

“At schools over here, they’re mainly focusing on discipline rather than education," Hall said. "But just imagine if they focused more on education and inspiration maybe the discipline issues would go away."

She says she reached out to the school to get help for her daughter, but claims her pleas were ignored. By sophomore year, Hall had enough and decided to enroll all of her children into online learning academies.

That is when she noticed a drastic improvement in her daughter’s grades.

There are studies to back up Hall's point.

A report released last month by the parent advocate group, Speak Up, indicated that roughly two thirds of Black parents preferred not to send their children back to LAUSD schools because of bullying, racism and poor academic achievement.

In response to the report, LA Unified board member Tanya Ortiz Franklin told the LA Times the district must develop a strategic and inclusive approach to support the academic achievement of Black students.

“This coming school year, particularly with the additional relief dollars, is an important opportunity to collectively plan, act, reflect, and serve in truly anti-racist ways that result in transformational outcomes for our black scholars in LA Unified,” Hall said.

Dr. Alicia Montgomery has taught pre-school and middle school students for LAUSD and throughout the country for 11 years. She now works for an organization improving education resources in underserved communities.

Dr. Montgomery admitted that being a teacher is hard and it is difficult to keep your own biases out of the classroom.

“I taught a year in a middle class community," Hall said. "I felt really safe which is part of my own biases”

She discovered another bias she had while teaching in a predominantly Southeast Asian community where most students came from non-English speaking households.

Dr. Montgomery recalled setting boundaries and limitations on their abilities.

She also says once she became aware of her biased behaviors she started connecting with her students on a cultural and emotional level.

“It’s really a testament to support, and making sure that they’re learning, they’re excelling, grasping the material and they’re able to achieve and succeed,” Hall said.