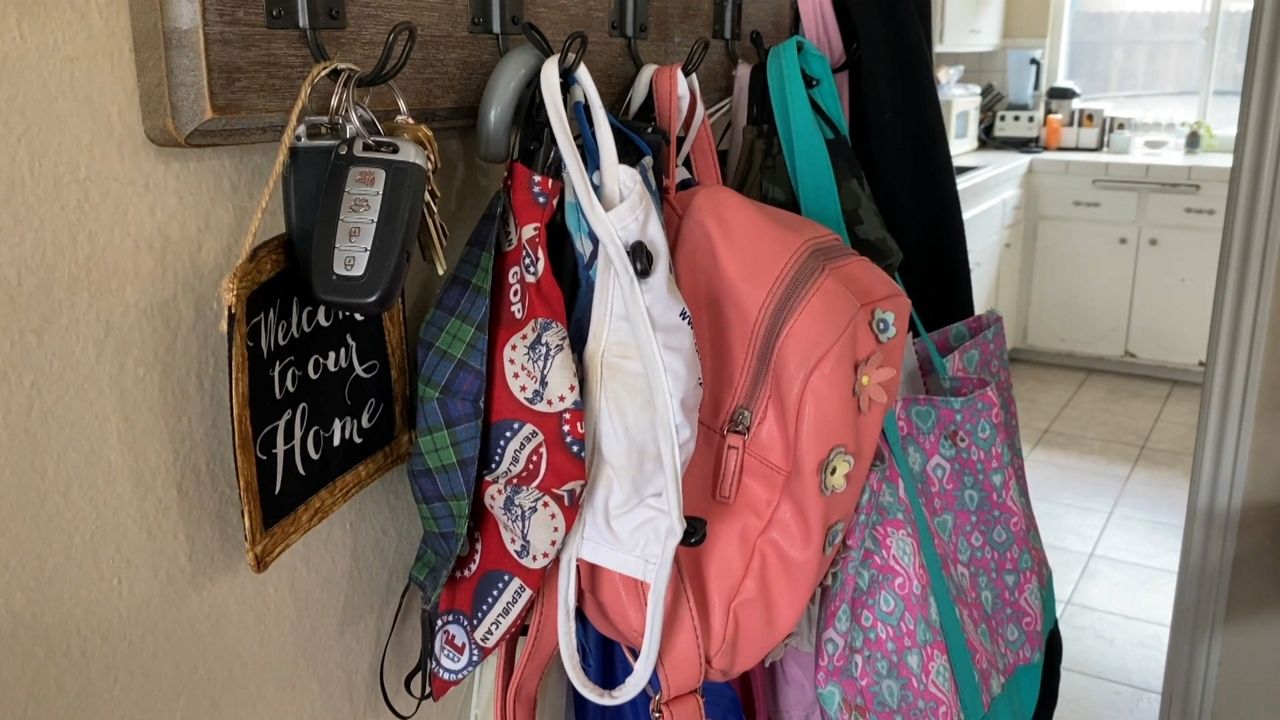 As public school enrollment declines, some parents switch to private

“One would be right there, and one would be right here,” Leslie said, pointing to a spot on the couch and one next to him at the dining room table. “I became the house dad. I helped with the kids’ learning at home. I tried to help them learn on Zoom.”

Leslie watched as his 12 year old son and 9 year old daughter struggled adjusting to Zoom classes, however, especially his son.

"My son has focus issues," he said. "It was frustrating because I could see he wasn’t taking in the learning. He was distracted."

It was also tough not having the structure of a classroom to separate school time from playtime from just being home.

Plus, when some of the children of Leslie’s friends returned to classes because their private schools received state waivers, Leslie and his wife began to consider whether they should pull their kids from the public system and go private.

“We didn’t want to leave, but we saw the damage being done to our kids in Zoom-only, and we didn’t want to take the chance of not having fully in-person in the fall,” Leslie said.

Even though the cost of moving to a private education was a hurdle, Leslie — who owns his own company — decided it was worth the investment. He and his wife were disappointed that the teacher’s unions in Southern California largely pushed back on returning full-time to the classroom.

"The whole risk-benefit analysis is so off right now," he said. "I don’t think enough people are paying attention to the benefits of in-person versus the risks. We did our research to make sure we weren’t putting our kids in any undue danger."

Leslie is part of a growing trend of California parents leaving the public school system. The state’s Department of Education recently released data showing a sharp decline in public school enrollment since the start of the pandemic, dropping by 160,000 students.


Some of those students are now homeschooled, while some families left the state. But California’s private schools have certainly become a beneficiary of the drop. More than 20,000 students enrolled in private school since the pandemic.

Oaks Christian in Westlake Village is among the private schools also seeing an increase in enrollment and is nearing capacity in most of their grades.

"We've experienced significantly more interest compared to previous years," said John Huffman, director of admissions for Oaks Christian. "We believe this is due, in part, to how we responded to the pandemic and prioritized getting students back into the classroom by creating a healthy, safe environment."

“I get it. People vote with their feet, and a lot of them are not getting the education for their kids they want,” Leslie said.

With their kids now in private school while former classmates are back only in a hybrid model, Leslie said his family is happy with their choice, adding that he wouldn’t be surprised if more families made the same transition ahead of the school year starting this fall.