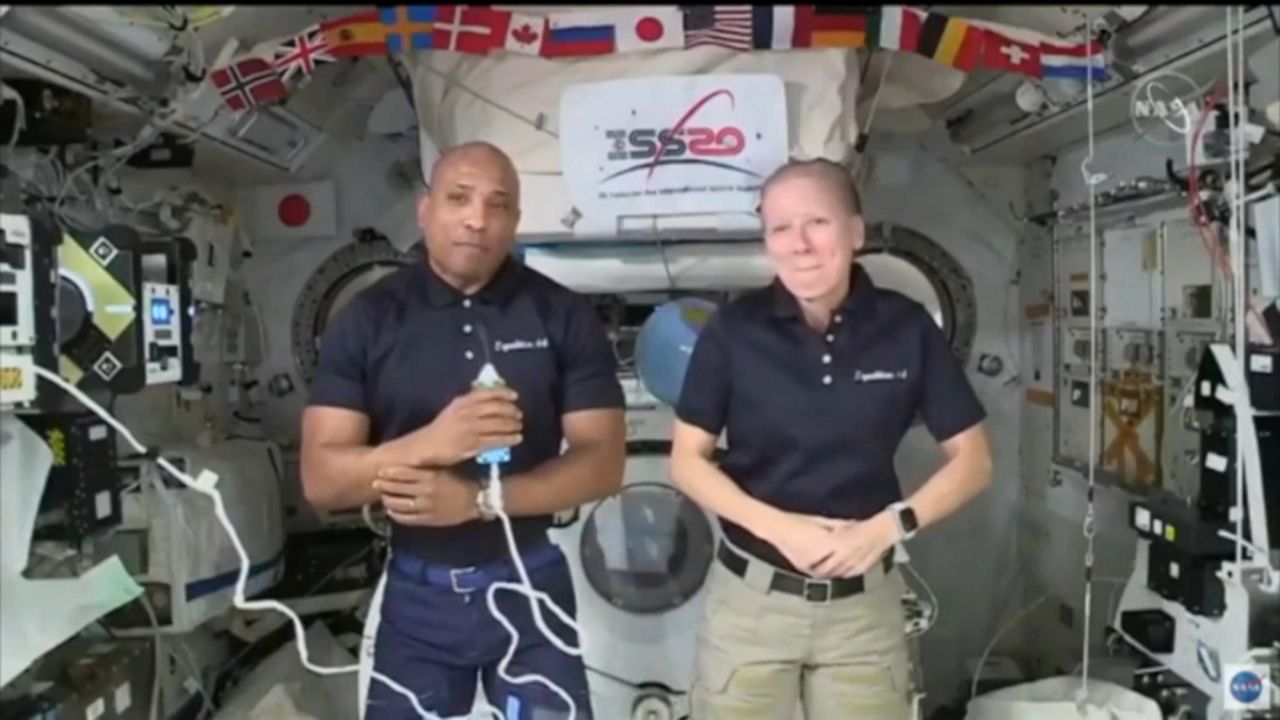 Rep. Torres Hosts "Reach for the Stars" to Inspire Students

POMONA, Calif. — California schools are starting to reopen. Gov. Gavin Newsom signed a $6.6 billion plan to try and get schools to reopen by the end of March, or within the next 30 days, although educators question if this plan will work given not everyone has received the vaccine. But while local schools figure it all out, Rep. Norma Torres (D-Ontario) planned and threw a virtual event from out of this world for the youth in her district to keep spirits high.

Two-hundred fifty miles above Earth at the International Space Station, astronaut Commander Victor Glover visited with hundreds of students from his hometown of Pomona and surrounding areas. He made the time due to a request from Torres.

“Someone who grew up in our community, who walked in the same streets that they walk in, who graduated from a local high school in Ontario but grew up in Pomona. Imagine that,” Torres said.

Glover serves as pilot and second-in-command on the Crew-1 SpaceX Dragon named Resilience, which launched November 15, 2020. He works alongside Shannon Walker who was selected to be an astronaut in 2004.

“Some obstacles are wifi problems and the lights go out,” Muro-Ramos said.

Despite the issues, Muro-Ramos strives to succeed and currently has straight A’s on her report card. She was chosen to ask a question at the NASA Town Hall for Inland Empire Students: Reach for the Stars.

“My family comes from a very difficult place and for that, I want to do really good so I can help my family and support them in any way,” Muro-Ramos said.

The district is a majority-minority community, with about 71% of the population Hispanic. According to Census data from 2019, about 73% of kids in the 35th congressional district graduate high school compared to the national average at 88%. And only 18% of people over the age of 25 receive a Bachelor’s degree or higher, while the national average is 36%.

Near Muro-Ramos, at the neighboring elementary of Lincoln Elementary, Jessica Perry is the principal.

“I definitely see our students struggling,” she said. “One motto that we really liked was ‘Know my face; know my name; know my story.'”

Jessica Perry said her teachers work to listen as much as teach. Her daughter, Jayla Perry, 7, was also chosen to ask a question to the astronauts.

“It was really exciting for me. It was amazing for me,” Jayla Perry said.

The Perry’s appreciated the event, but know learning opportunities aren’t easy to come by for many students. Twelve percent of people in the 35th district live in poverty, which is 2% worse than the national average.

Jessica Perry said they just implemented Social Emotional Learning (SEL) to develop a safe and supportive learning environment. She believes her school will keep SEL in place even after the pandemic. Jessica Perry said it’s events like these that also help keep students’ spirits high, and Torres agrees.

“You can do anything that you set your heart and mind to,” Torres said.

“Hope [this event] inspires students to be astronauts or to keep pursuing their dreams of whatever they want to be in the future,” Muro-Ramos said. “I need to keep going, no matter how hard it is.”

“It just made me believe in myself and made me feel like I can do everything,” Jayla Perry said.

The sky’s the limit for these students.