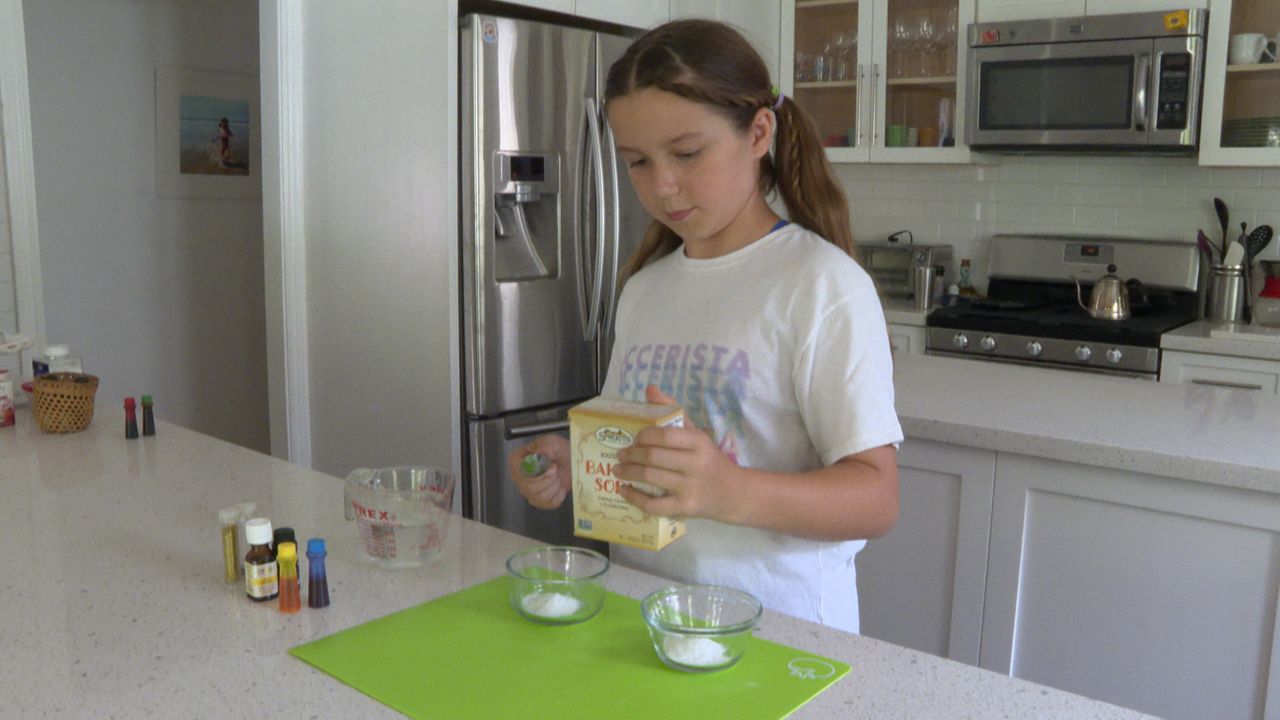 Boundless Brilliance was started in 2017 to teach STEM to young girls.

LOS ANGELES  — The numbers of women working in the science, technology, engineering and math (STEM) fields remains much lower than the number of men.

That's why three college students at Occidental College started Boundless Brilliance in 2017, to teach STEM to young girls, and to spark their interest early on.

As part of a fundraiser to keep their efforts going, Boundless Brilliance is hosting a film festival.

Avery has attended camps with Boundless Brilliance and taken part in classroom activities with the nonprofit.

“It’s fun to see other girls doing science, so I know I’m not like the only one,” she said.

According to the organization, females only accounted for 29 percent of STEM careers in 2019.

After all, she said, science is all about trying.

“It’s kind of like trial and error. If you mess it up, you just add more water,” she said.

Avery showed Spectrum News 1 a project that involved making what she called “moon rocks.” The project includes lessons in chemistry, such as teaching what happens when water is combined with baking soda.

Her project also touched on astronomy because the pasty mix she was creating mimicked the look of rocks found on the moon.

Before the pandemic, Avery would have learned how to do the “moon rock” project with in-person lessons with female scientists and other young girls.

“They show me a bunch of cool, different like ideas and stuff that actually inspires me,” said Avery.

Female inspiration is one of the themes of a virtual film fest Boundless Brilliance will be hosting in this month as a fundraiser.

The film fest is called, LunaFest.

Erin Rye is one of the featured female filmmakers. Rye said she loves what Boundless Brilliance is doing.

“That’s what my film is about. It is about being a woman in a male-dominated space, and how alone you can feel. And that’s what they’re trying to counter with their programming for these kids,” she said.

Rye said she loves that it was started in Los Angeles where she lives.

“I want to be one of those people who motivates other girls,” said Avery.

Avery’s final step in her moon rock project was to take the baking soda rock-shaped paste to bake in the sun. The result? Proof that Avery, who says she wants to be a biologist of a soccer player, can be a scientist, too.

She’s only 11, with plenty of time to figure it out.

Tickets to the virtual film fest fundraiser benefiting Boundless Brilliance cost $20 and are still available. A marketplace tied to the event will also be available from October 17 through October 20th.