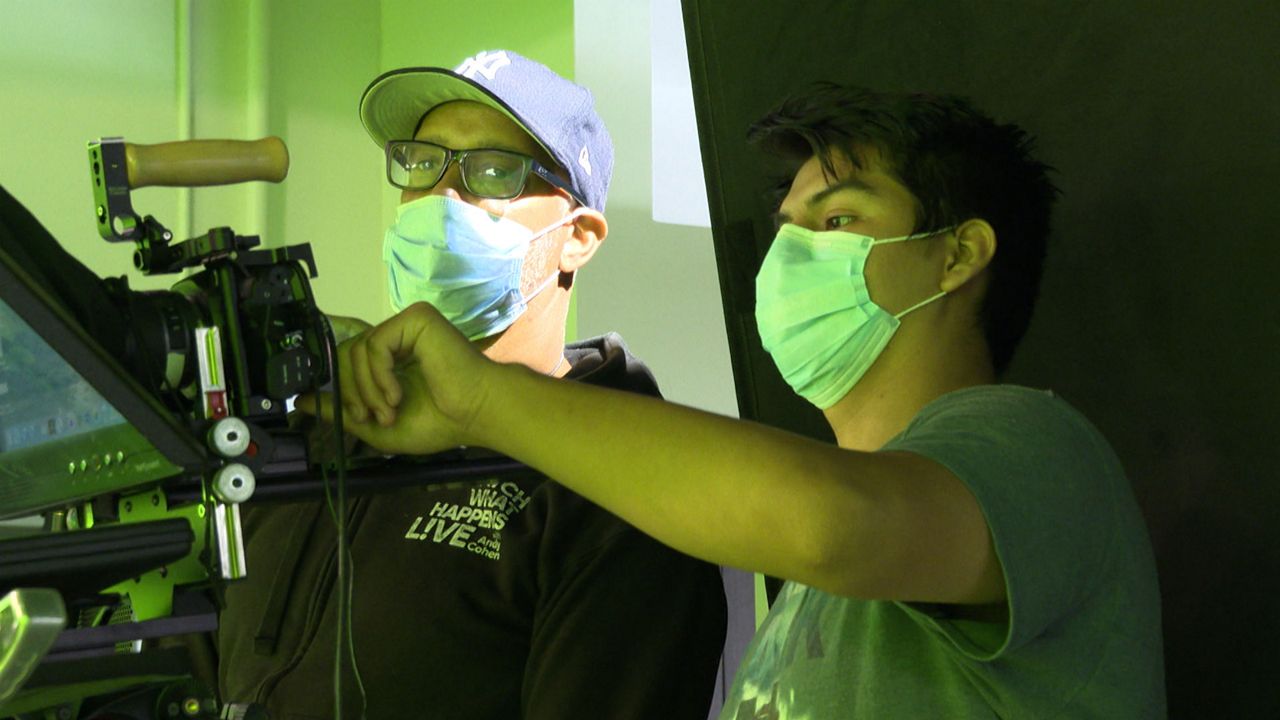 HOLLYWOOD, Calif. – Students from Hollywood High School's New Media Academy have been working diligently on their virtual graduation for the class of 2020.


Estevan Fonseca is one of two seniors that were chosen to help put the production together. He says what he has learned here has helped prepare him for entry into the film and TV industry.

“Not only are you learning [the skills], but you're actually working with it,” said Fonseca. “And you are given these opportunities to actually display what skills you've acquired.”

The school’s decade’s old tradition of holding its commencement ceremony at the legendary Hollywood Bowl was foiled by the pandemic, as was the official opening ceremony for the new multi-million dollar production facility.

But these Hollywood students are using some digital magic with green screen photography to keep the Bowl as a background for their virtual event. It is all great production experience for the students.

“The more that I got into the [New Media] program, the more that I realized just how much of a passion and an opportunity I have here,” said Fonseca.

Johvonne Roberts, who performed the national anthem for the virtual ceremony, will be pursuing journalism and media studies at San Diego State. She said the last few months have been a different kind of learning experience for her.

“[The pandemic] helps me to realize that I shouldn't take anything for granted,” said Roberts. “I should cherish all moments. Live it like it's my last, you know, but I just kind of hoped that I would get that perfect ending, but it's made me stronger to know that not everything is promised. Tomorrow isn't promised and that it can change in a second.”

Fonseca has been trying to keep a positive attitude also through these uncertain times. He is leaving Hollywood High with many skills, but feels things are more restrictive now in the industry, and he is not sure how it will play out.

Although everyone at Hollywood High School will miss being at the Bowl this year, these students are resilient and realize that their experiences will only make them stronger.

“The feeling isn't going to be 100 percent there, the actual presence in the Bowl,” said Fonseca. “But the fact that now everyone can just watch this online and experience it along with me, it is a nice feeling that I have.”

Although this year's commencement ceremony might be bittersweet, Roberts said her message to the grads of 2020 is, “to keep striving for the bigger picture. This isn't the end.”