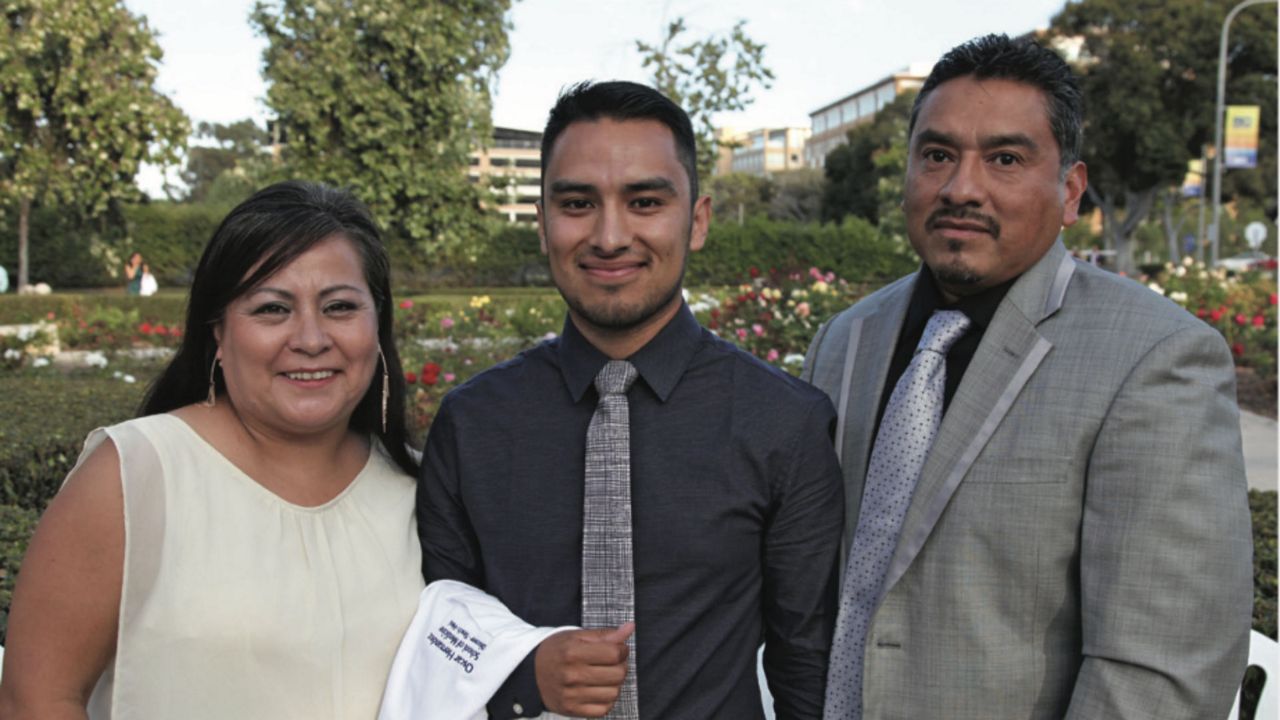 
It is a journey that is difficult, but for at least one student at University of California Irvine School of Medicine, the path had extra challenges. But he stuck to his dream and is now the medical school’s first undocumented student to graduate.

Oscar Hernandez has been packing up for the next step toward fulfilling a dream. Hernandez has always wanted to become a doctor. It was a dream that started from what he saw growing up.

“In my community there was only one health clinic for the entire community,” said Hernandez.

He says when his family or friends were able to see a doctor, “they either weren’t culturally sensitive to what type of food or what type of health needs the Latino community needed specifically.”

Hernandez says the physicians were rarely Latino, which motivated him to go into the medical field. It is a difficult path, but Hernandez had even more hurdles.

“I actually couldn’t even go to medical school because I didn’t have a work permit to kind of do residency or get my board license,” said Hernandez.

Hernandez is not a U.S. citizen as he was born in Mexico. His family moved to San Diego when Hernandez was a toddler.

“I’ve been in the United States, all my life,” said Hernandez.

The U.S. is the country he says he wants to help patients in. Something that remained only a dream until the Deferred Action for Childhood Arrivals (DACA) was passed in 2012. Nearly 650,000 undocumented "Dreamers" are awaiting a decision from the Supreme Court that will determine whether they will be allowed to continue to receive temporary protection from deportation and work permits under an Obama-era program that President Donald Trump wants to end.

But another hurdle, how to pay for medical school. Hernandez says it was going to cost him about $40,000 a year, for four years.

“Federal financial aid is not something that undocumented or DACA students can get,” said Hernandez.

Hernandez was able to get scholarships and some university and state grants. He says the rest came from family and friends. Some of the money also came from the work he was forced to take during his undergraduate studies to pay off educational debt as he waited for options to continue his education.

Congratulations to the newest alumni of the UCI School of Medicine! We can’t wait to see how you change the world! Thank you to everyone who watched, listened and worked to help make this special day possible. #UCIPride #UCIGrad #UCISOM pic.twitter.com/GVnrD9cu8r

“Physical labor type of things. But I also did taco shops, laundromat, I taught myself how to fix iPhones,” said Hernandez.

“Yeah, it was worth it because it’s what I thought was my calling,” said Hernandez.

A calling that has grown even stronger because of COVID-19. The graduate says, “You can start seeing that certain communities are being affected by this pandemic even more.”

Hernandez participated in a drive-thru graduation on May 30.  Next, he is heading to the Cleveland Clinic, which is something he found out on what is known as “Match Day” for medical students on March 20, 2020.

“I was actually in shock. So I just sat there and looked at it, and I couldn’t believe it,” said Hernandez.

Hernandez says he hopes to become a surgeon so he can bring surgical services to the underserved communities he grew up in.