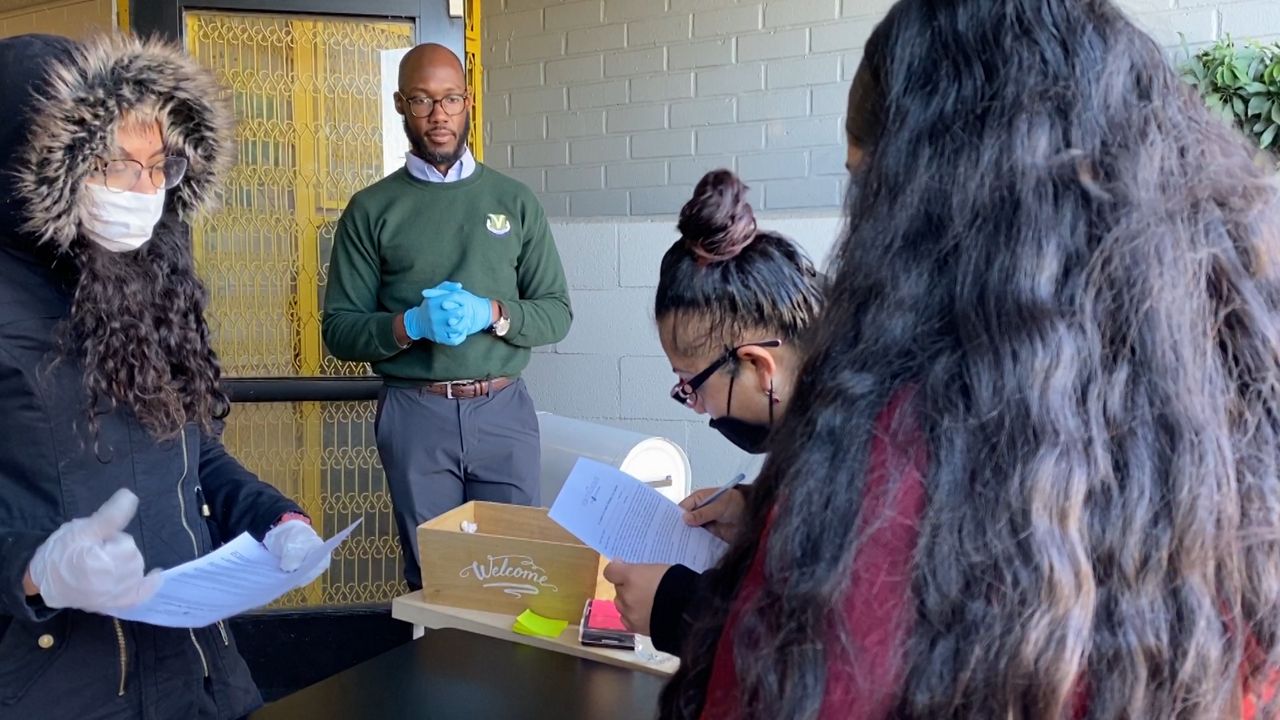 Digital Divide Becomes a Chasm for Students During Social Distancing

LOS ANGELES – The hallways are empty. The students are home.

But Principal Ty Anthony Davis is still at school hosting a morning huddle with the staff at Vox Collegiate, a charter school in South L.A.

“The state still hasn’t decided what grading will look like for this,” Davis told the teachers. He also said the state has yet to work out attendance policies.

Spectrum News 1 first introduced you to Davis last year, after he walked away from a lucrative legal career to start a school that would uplift kids in Los Angeles. At the time, online courses were not part of the curriculum.

“This is completely new, completely outside of what our model is for education,” Davis said.

To go digital 75 percent of his students would need a computer. Fortunately, the campus already had enough Chromebooks to go around it just needed to get them out to the kids. Last week, students picked them up and will begin online classes after Spring Break.

Vox Families, we’re excited to introduce Vox Virtual Classrooms. Our teachers have been working hard to ensure we keep our learning connected even though we’re apart. After Spring Break (April 13) All distance learning lessons and assignments will be through Vox Virtual Classrooms until we return to school. Please reach out to the Vox team with any questions. You can start exploring now at www.voxcollegiate.org/virtualclassroom #voxtuaestpotentia

“My biggest worry is things that have nothing to do with education,” Davis said. “It’s parents being laid off from jobs, bills being missed and the increased stress that comes with that.”

To bridge the gap, each of his teachers in charged with calling 10 students a day just to check in and make sure no one gets left behind. It is an added step missing from many Los Angeles Unified School District campuses.

The district has refrained from releasing statistics on the status of other guidelines. A spokesperson declined to comment for this story.

At Vox, Davis said it’s more important than ever for teachers to stay connected with students.

“Because that’s what’s going to give us the energy and help fill our tanks so when we’re out of this and have to do the clean-up work, we’re able to do it,” Davis said.

When it’s all over, Davis will be ready to open back his students with open arms as soon as social distancing allows for it.