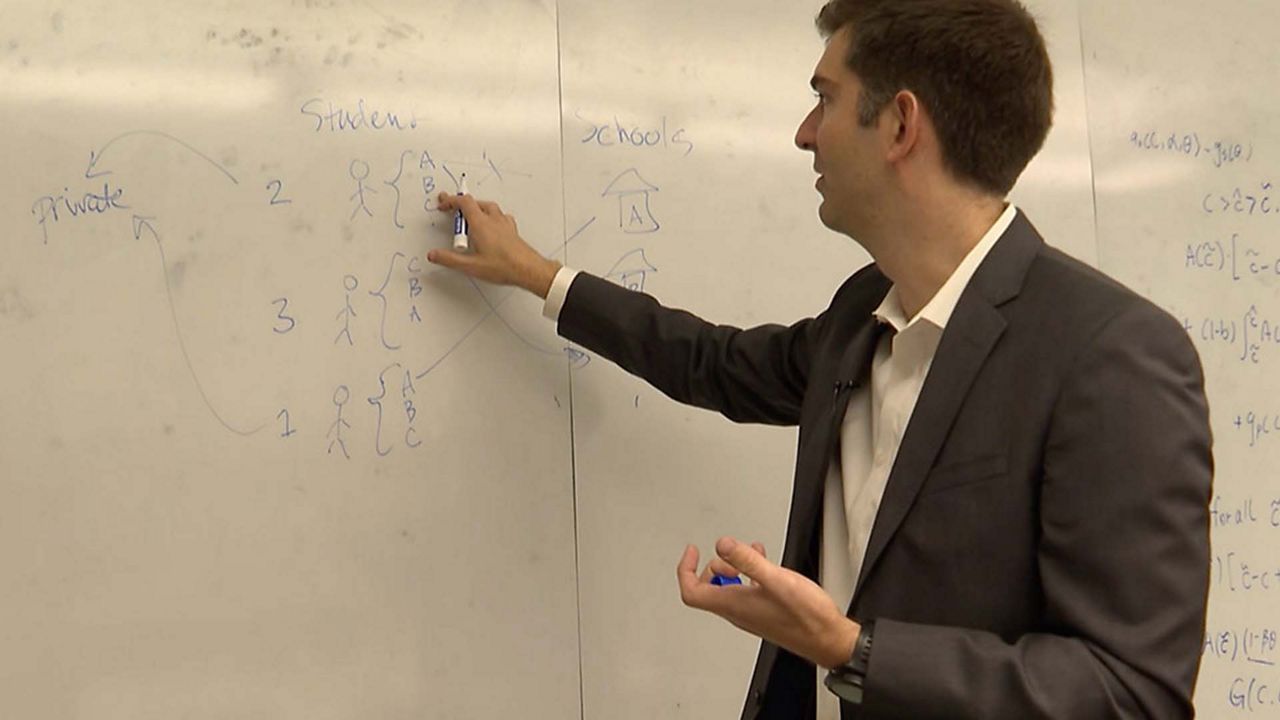 PASADENA, Calif. — A Caltech professor knew the local school district was having issues enrolling students, and he wanted to help find the answer.

He discovered the problem as a parent. His daughter wasn’t matched with any of the schools he wanted her to attend during the first round of enrollment.

“Even being you know a CalTech faculty member, the process felt complex and challenging to work with,” Dr. Weirman said.

He is a professor of Computing and Mathematical Sciences, and his work is about making systems more efficient. So he decided to take a closer look at the process.

The problem was choice. He and his colleagues found too many families were being given seats at public schools, but choosing private or charter schools for their children. Those abandoned seats weren’t being given to other students.

Risk was the other problem. Families had to give up a guaranteed spot if they wanted to try for another school.

“It’s a risk now a hard decision as a family if you want to participate in round two because you’d be giving up your second choice, maybe ending up with something worse for a chance to get your top choice,” Dr. Wierman said.

Multiple Pasadena public schools have closed because of declining enrollment, so he found a way to make the process more appealing and user-friendly.

Families are now given a spot, but can try again for their top choice without giving up the first spot they received. And now, any abandoned seats are opened to students.

“If parents and families aren’t matched to the right school, their performance will suffer. They won’t enjoy the school district,” Dr. Wierman said. “If you can get them into the schools where they can succeed, then everything works better.”