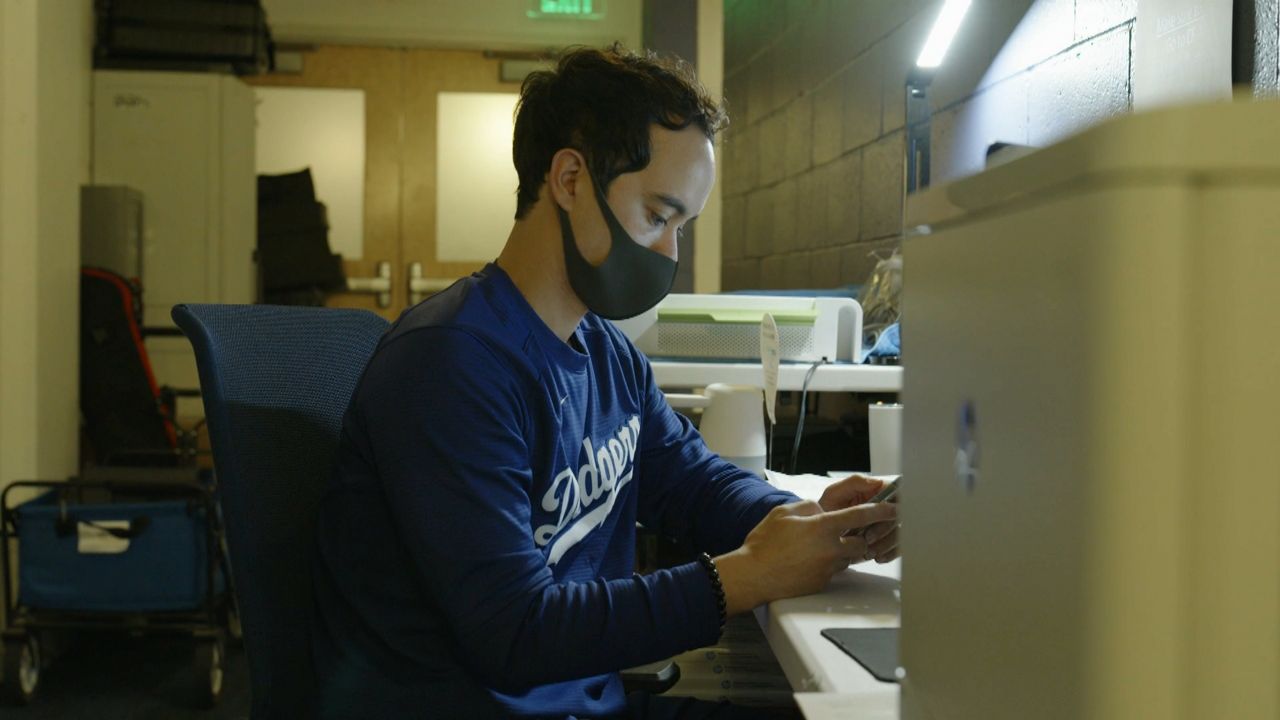 LOS ANGELES — It was an early start for Will Ireton, the Dodgers' performance operations coordinator.

Ireton is the point of contact from the front office to the field. On Sunday, he was compiling data for coaches and players.

Ireton, known as "Will the Thrill," is in his sixth season with the organization and has worn many hats for the Dodgers. He's been a translator, coach and motivator.

But part of what makes him so unique is his background. A Tokyo native, Ireton went to high school and college in the U.S. His position off the field is helping advance the game.

"Being able to see somebody that you relate to, I think it's very inspiring to see that happening, giving a shot to the people of Asian heritage now working in baseball," he said.

But don't be mistaken — Ireton knows the game because he played it. His mom is Filipino, and Ireton was a member of Team Philippines in the World Baseball Classic. After a year as a Texas Rangers player, Ireton transitioned to life off the field before landing the job in 2016 with the Dodgers as translator for Japanese pitcher Kenta Maeda.

"I loved every single bit of it," he said. "The team, the organization, the players, the coaches really welcomed me and Kenta with open arms."

For Ireton, the opportunity to work for an organization that's been at the forefront of inclusion, dating back to Jackie Robinson — who broke baseball's color barrier — is a privilege, he explained.

"It's an extreme honor to be part of an organization that's known for forward-thinking, accepting diversity and just being part of the community," he said. "That's the brand that the Dodgers are known for, and now that I'm working here, I do believe that we follow the philosophy from the inside out."

Amid the recent rise in hate acts on the Asian community, Ireton noted that he's been fortunate not to have experienced outright racism in the U.S.

The Dodgers have publicly denounced the rise in hate, and manager Dave Roberts — who has an Asian background himself — sent an email to the entire organization speaking out against the disturbing trend.

"Clearly, the rise in Asian hate crimes has been unfortunate, but I think we're doing the best we can, whether that be me personally or as an organization, to address it the best we can," Ireton said. "So I'm very hopeful that we can right the ship."

Major League Baseball received an "A+" for its diversity and inclusion initiatives from The Institute For Diversity And Ethics in Sport, or TIDES.

Most recently, Ireton coached for the Dodgers' Triple-A affiliate in Oklahoma City before moving into his current role with the organization in LA. As he keeps advancing, he helps the Asian community continue to move forward in baseball.

"Every baseball person I met with Asian heritage, I've had great relationships with them," Ireton said. "So it's great to be able to see that they're also part of the spotlight."