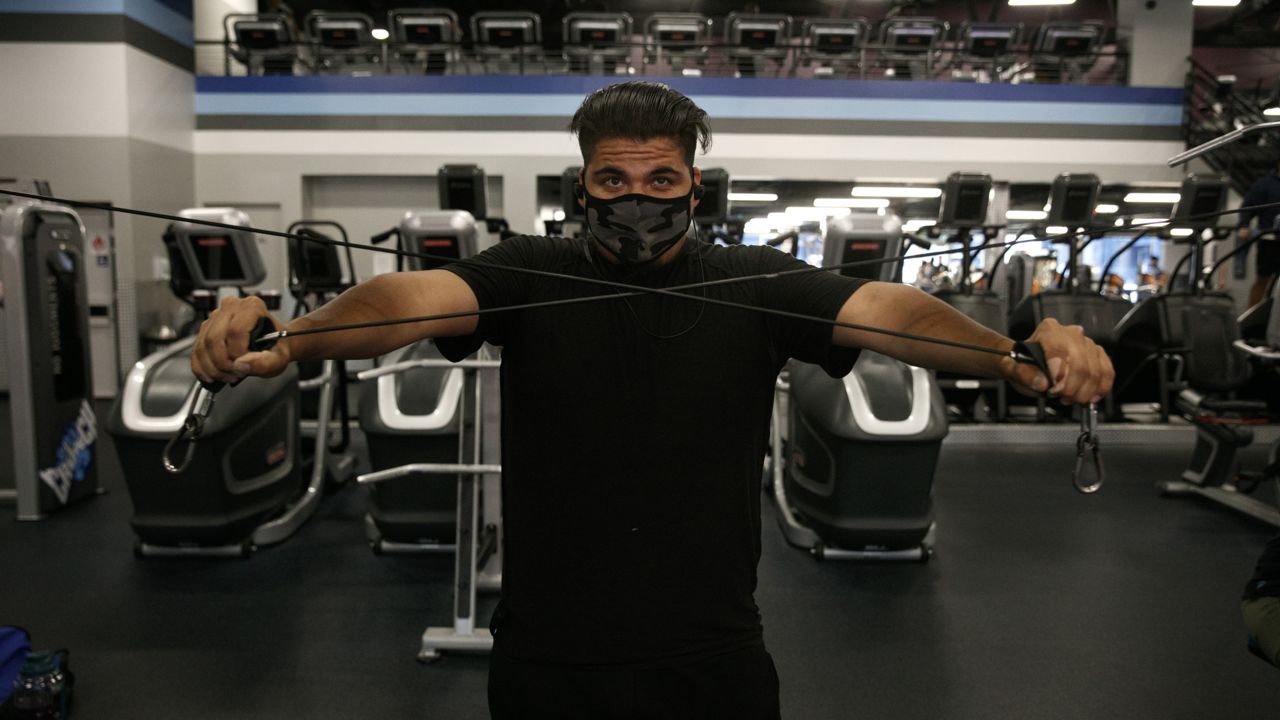 LOS ANGELES (CNS) — The Los Angeles County Board of Supervisors Tuesday unanimously approved a plan to consider requiring proof of vaccination against the coronavirus to enter some indoor public spaces.

Supervisor Janice Hahn, who recommended the review, said she wanted to gather advice from public health and other experts over the next two weeks, but stressed, "This motion before us doesn't do anything today."

County staff and attorneys were directed to report back about what such a policy could look like — for instance, whether it should apply to all indoor public spaces and events or certain nonessential ones only, and whether it should require full or partial immunization.

There's also a question of whether paper or digital records could be used to verify a person's vaccination status.

"Nearly 4 million people in Los Angeles County are still unvaccinated and COVID-19 continues to spread more easily in indoor spaces, crowds and other settings where unvaccinated people are in close contact," Hahn wrote in her motion. "To prevent future surges and new variants from circulating, especially as we approach fall and winter, we must consider whether additional measures are necessary, such as vaccine requirements for certain settings."

Hahn said Tuesday that it was a matter of moving to "correct course on what we see as the delta variant gone wild."

"I want to avoid a situation where we are forced to shut down businesses and limit capacity," Hahn said. "That was devastating to our businesses and our local workers."

She told the board that she received a letter from elected officials from various cities in deher district who are upset about the prospect of an indoor mask mandate.

"They think they've reached herd immunity so they don't understand why they're being punished by being asked to wear a mask indoors," Hahn said of cities with extremely high vaccination rates.

Public Health Director Barbara Ferrer said she had reviewed the data and found "every single city in your district has had a huge increase in their case rates from June 15 and July 31, I mean, every single one with a bunch of ... cities in that district actually having case rates that are over the average case rate for L.A. County."

"No city, no place is at community immunity," Ferrer said.

"My email box has gotten overrun with people crying tyranny and calling me all sorts of names," she said.

Hahn's proposal comes on the heels of a similar motion being considered by the Los Angeles City Council. The city motion would require at least partial vaccination to enter indoor public spaces, including restaurants, gyms, concert venues, movie theaters and retail establishments.

Both the city and county are seeing jumps in the daily number of new COVID-19 cases, with most infections occurring among unvaccinated residents. The sharp rise in infections over the past two months has been attributed to the highly infectious delta variant of the virus.

"With increased testing, our case numbers are likely to rise until we significantly reduce community transmission," Ferrer said last week. "... While indoor masking and quarantine and isolation of cases and close contacts are effective strategies for reducing transmission, the quickest way to slow the spread is to increase vaccination coverage."

She noted that the county has now seen three consecutive weeks of increases in the number of people receiving a first dose of vaccine, following months of declines.

That increase in vaccinations could be due, in part, to the state of California recently requiring all state workers to be vaccinated or regularly tested. The state is also mandating vaccinations for all health care workers.

Some cities, universities and private institutions also have recently mandated vaccines or regular testing for employees and students.

Although vaccinated people can still get infected with the virus, Ferrer said they are far less likely to become seriously ill or require hospitalization.

From May 1 to July 17, unvaccinated people were nearly four times more likely to be infected with COVID than were vaccinated residents, Ferrer said. Of the 3,158 people who were hospitalized in the county during that period, 8% were fully vaccinated. She has also noted that some of the hospital patients with COVID were actually admitted for other reasons, and only discovered they were infected during routine admission screening.

Between April 1 and July 18, 95.2% of the people age 16 and older who died from COVID in the county were unvaccinated, Ferrer said.

According to preliminary data from New York City, the mandate has been effective in getting more people vaccinated. Last week, almost 80,000 New Yorkers got their first COVID-19 vaccine dose, which was a 40% increase from the first week of July, according to Hahn's motion.