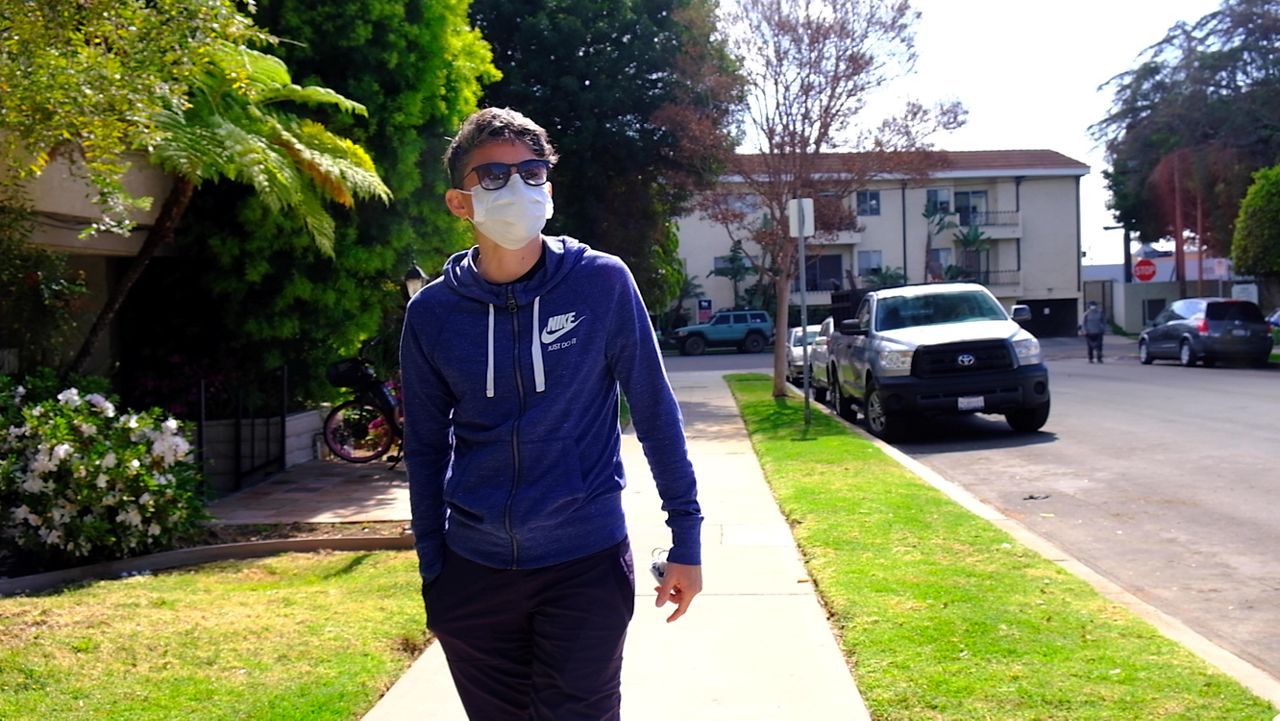 LOS ANGELES — Gabriela Brown is taking things slow these days, really slow for someone who is used to placing fourth in triathlons. Brown had COVID-19 early in the pandemic. Although her initial symptoms were mild, she is one of many so-called "long haulers" who, almost a year later, is still struggling with lingering symptoms, including debilitating fatigue, that has put her life on hold.

Brown had to scale back her activity to near zero and now is slowly building herself back. Taking a walk around the block at an extremely slow pace is a major accomplishment for Brown. She monitors her heart rate every few steps, and if it rises above 120, she has to stop and reset.

Despite the severity of her symptoms, at first medical tests were not revealing.

"They told me that there was nothing wrong with me," Brown said. "I had every single test performed—X-rays, MRI's, whatever you can think of."

Frustrated, Brown looked elsewhere for answers, and that is when a friend introduced her to Dr. Noah Greenspan, an East Coast-based pulmonary expert who runs a COVID boot camp through the Pulmonary Wellness Foundation with programs designed to assist long-haulers like Brown.

"To get somebody like Gaby, who is super competitive, to say the way I'm going to get better is to slow down and not to do [anything], that's harder than getting a couch potato to get up and push them to exercise," Greenspan said.

The boot camp is free online, and in combination with doctor supervision, many are finding help not only in physical rehabilitation but also in mental wellness.

"He gave me hope because he told me, 'I've seen this before,' where everyone was telling me I don't know what you're talking about," Brown explained.

Greenspan explained the key to recovery is slowing everything down. For Brown, this could mean a minute on a stationary bike, or a few reps with the lightest possible weight, then monitoring her response.

"You let the pool ripple and let the pool calm down again; look around. If everything's OK, we take the next step," Greenspan said.

Now, for Brown, a big part of her recovery comes from the support she is now getting, the feeling that she is not alone.

"Maybe you can start by having hope," Brown said. "By having somebody that you can talk to and will actually help you and guide you until you get back to how you were because that's what I'm thinking now, that probably there is a possibility that I will be back to my old self."

Brown has already registered for this year's Malibu Triathlon, and while she is not sure she will be fully recovered in time, setting a new goal helps keeps her moving.