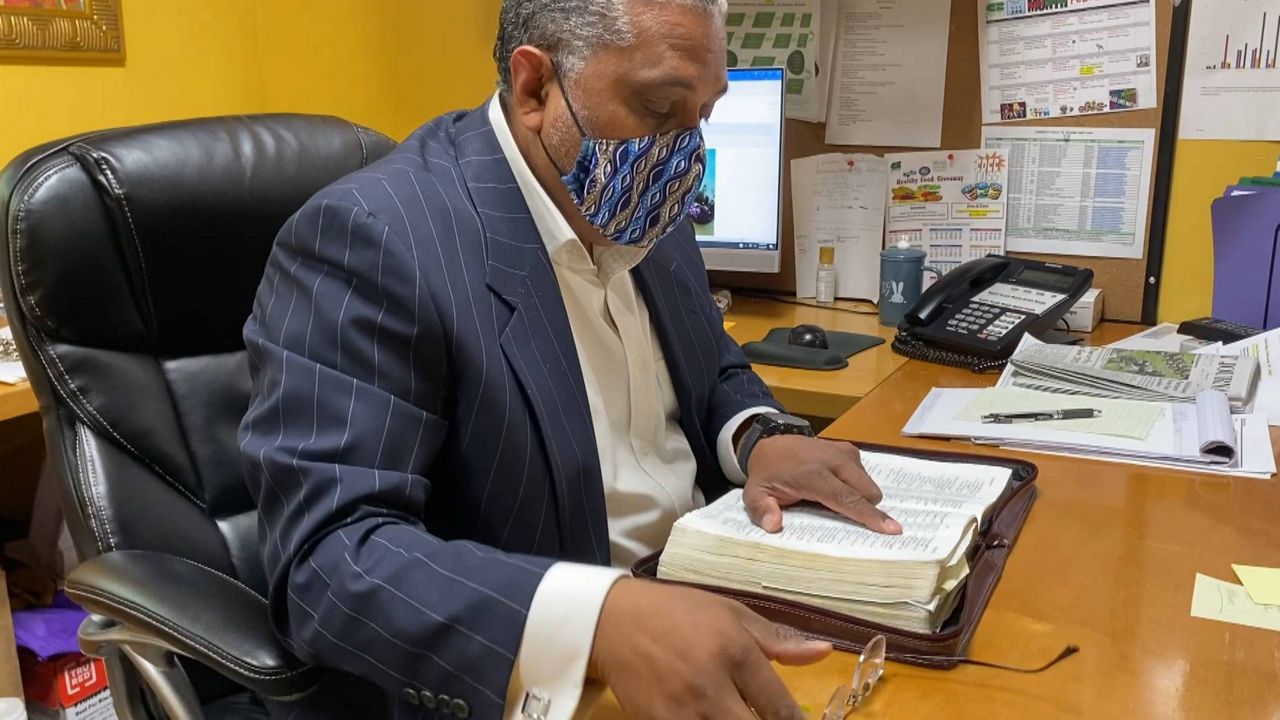 SOUTH LOS ANGELES — As more vaccines become available to underserved communities, leaders are doing what they can to encourage and educate residents who are not sure if they should trust the vaccine’s safety.

One of them is Robert Sausedo, CEO of Community Build.


One of the many hats Sausedo wears is that of assistant pastor. Lately he has been finding passages in the Bible that give the faith-based community the courage and understanding they need to get the COVID-19 vaccine.

"There is an area in scripture that talks about unforeseen circumstances, and I believe that deals with people who are not acting in wisdom. What is the wisdom here? The wisdom is the vaccine, the wisdom is masking up," Sausedo said.

He explained how Community Build, a hub of resources for the African American community in South Los Angeles, is focused on equipping other pastors with toolkits that help their congregations understand the safety and importance of receiving the vaccine.

"The greatest influence on the African American community has always been the church, and it still is. As the pastor goes, so goes the congregation," said Sausedo.

Even in his role, Sausedo had to overcome his own serious reluctance and the same fear many others in the Black community voiced.

"Many people refer back to the Tuskegee experiment on African Americans," he said.

It was not until COVID took two of the people closest to Sausedo that his mind started to change. His dad was first in December, then his best friend since childhood just weeks later.

"So you can imagine the impact of that," he said. "I remember when I got the call from my brother. Boy, I well up sometimes, I don’t even want to talk about it. I had to pull over for two hours.”

It's a loss many people can relate to, especially in the Black and Brown communities.

Dr. Lezlee Matthews, head of the Community Response System of South L.A., speaks at weekly meetings, as the group of 30 organizations within Community Build secures resources and educates the Black community about vaccine safety.

"We’re wanting to reinforce access to information, equitable distribution of resources and making sure that people can make informed choices," Dr. Matthews said, adding that they're also reaching out to Black doctors so that the community can relate to and trust their direction when it comes to the vaccine.

But perhaps most influential is their collaboration with the pastors. Sausedo said they're working with several to open mobile vaccination clinics on their church parking lots. Now he can encourage this movement and the safety of the vaccine through firsthand experience.

"I’m probably my best petri dish," he said. "I got a chance to take it. I did not have any side effects from it. I really studied the science of all of the different manufacturers, and that put me in a position to be able to encourage others that you should be doing so too."