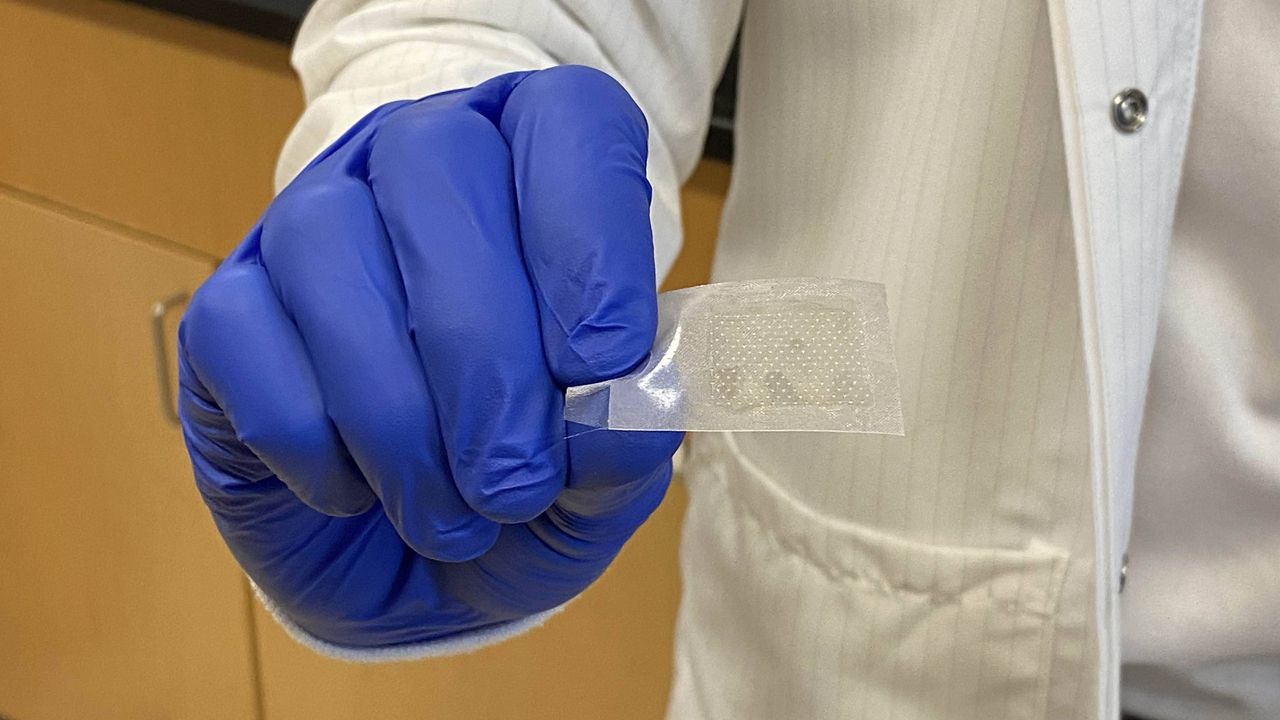 Mice in clinical trials have showed the same immune response to the patch as to the syringe method.

IRVINE, Calif. — As mass vaccination centers across the county face issues like vaccine delivery interruptions, logistic issues, and residents not being able to get appoints, a team of researchers in Irvine is working on a solution.


One of the researchers working on a potential solution is University of California Irvine’s Lbachir Benmohamed, who wanted to work in a field where he could help people. And he originally thought that would mean becoming a doctor.

“If you are a medical doctor, what you are going to do is you’re going to be treating one patient at a time,” Benmohamed said people in the health field would tell him.

He wanted to be able to do more. Therefore, Benmohamed decided to get into immunology and now is a professor of immunology at the university.

For the past year, Benmohamed and his team at the Benmohamed Lab have been working on a vaccine they hope will be effective against all strains of coronavirus. The professor said this research is all being done to be ready for the next outbreak.

When it happens, he said the team is also hoping to offer an alternative to a shot in the arm. The professor said using syringes requires trained staff.

“It’s expensive. It needs to be sterile,” he said.

Benmohamed said vaccines face storage, delivery, and logistic issues — especially vaccines like the ones being used to fight SARS COV2, or COVID-19. Further, when he went to receive his COVID-19 vaccine, Benmohamed said there were hurdles other people may have also experienced.

“When I went to the hospital, I did see people are very afraid of getting [a] shot,” he said. “I was talking actually to one of my post-docs who was like, ‘wait a minute, there is those patches that people use that can stick on their arm to deliver nicotine.’”

Instead of nicotine — a vaccine.

The researchers teamed up with University Medical Pharmaceuticals in Irvine to try out the company’s patch technology. Biomedical engineer Tyler Randall said these patches are different from nicotine patches. The liquid vaccine is applied to molds several inches long.

“The micro-mold has these cone shapes in it, that the liquid solution gets pulled into to form these tiny little needles,” said Randall.

The liquid is dried using proprietary technology and the patch is ready to apply on your skin. Randall, who said he is not a fan of shots, said the microneedles on the patch are painless.

“[It is] like pushing a piece of Velcro just lightly into your skin,” he said.

Randall explained that the skin is an ideal place to get a vaccine because of its role in immunity. He said, for example, when you fall and get a scratch, the skin is very good at protecting you from outside, foreign bodies.

“When you put this vaccine into the skin, your immune system is ready to see that vaccine and do what it needs to do give you protection.”

To test the different methods of administrating a vaccine, mice were given the team’s pan vaccine via a patch or syringe. The researchers then compared the results side by side.

“The level of the immune response is the same,” Benmohamed said.

Both sets of mice had developed antibodies and cells that teach the immune system to fight a virus. To say Benmohamed was excited about the results would be an understatement.

“I jumped in the room and I said, “Wow this is interesting!’” he said.

Next, the team will test whether the vaccine patches will be as effective after being mailed. University Medical Pharmaceuticals said the microneedles in the patches are much more resistant to temperature changes and humidity changes. Professor Benmohamed said if it works, and if their pan vaccine gets to clinical trials and proves safe and effective on humans, they could be mailed.

“You can put them in an envelope, seal the envelope, and mail them to people, and say your vaccine is in the mail,” he said.

The professor said in addition to testing mailed patches, the team will also be figuring out whether the vaccine also protects mice from getting COVID-19.

Patches could be a potential way to overcome some mass vaccination hurdles, and the professor said it may help some people who have a fear of syringes avoid that process all together.