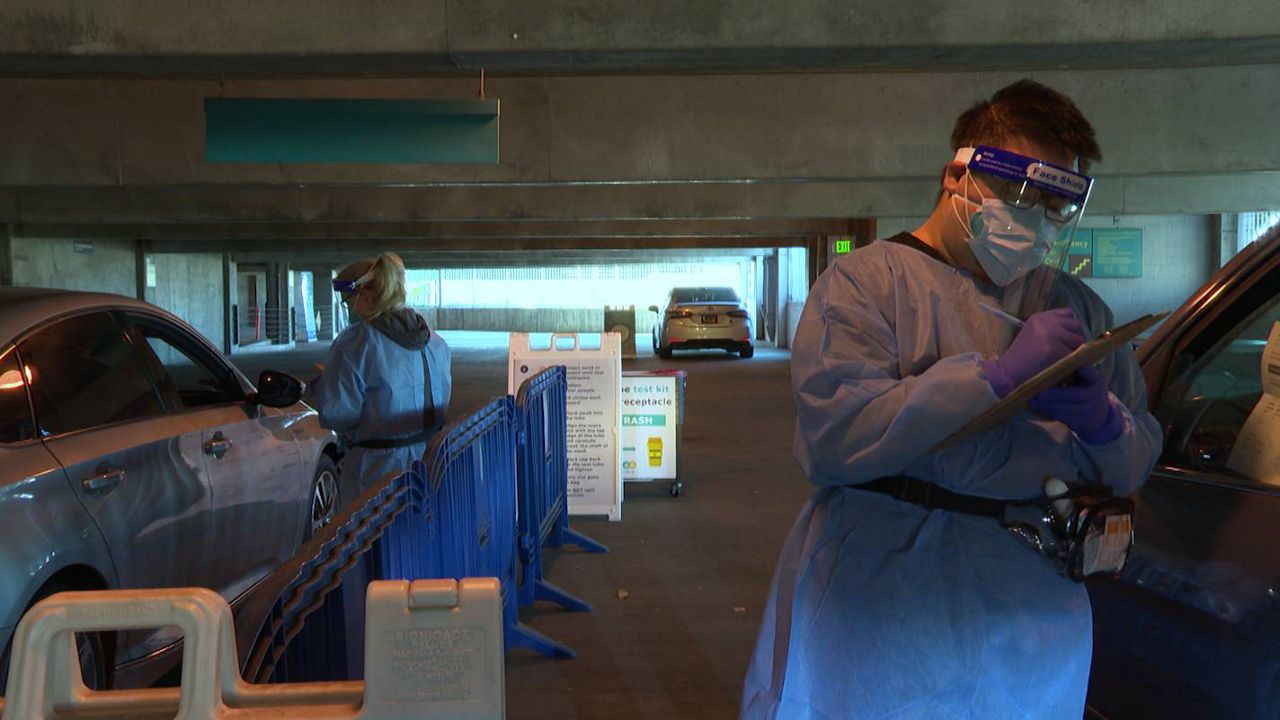 360 Clinic is seeking to expand its testing sites

ANAHEIM, Calif. — Austin Chang is as a physician assistant with the health provider 360 Clinic who comes face to face with thousands of people who could be infected with the coronavirus .


“Some days could be challenging because amidst the global pandemic there’s a lot of heartbreak,” said Chang.

Chang first suited up with his team in July and was the first clinician to test patients as they drove in. He remembers being terrified.

Based in Westminster, 360 Clinic has grown thanks to a private-public partnership between the County of Orange, Orange County Health Care Agency and local cities. Since it opened, the health provider network has expanded throughout the county with two super testing sites, one at the Orange County Fairgrounds in Costa Mesa and the other at the Anaheim Convention Center.

According to Linda Nguyen, the director of community relations for 360 Clinic, the team helped test a daily average of 4,000 people prior to Thanksgiving. That daily average jumped to 7,000 tests after the holiday. As of Christmas Eve, Nguyen told Spectrum News 1 that 7,000 people had already reserved testing time slots for December 26.

Besides giving people the self-administered tests, Chang is part of a team of physicians and providers who check in on patients through telemedicine. He said those interactions mean the most to their uninsured patients.

“When they test positive, not only are they already concerned about COVID and their symptoms, but they’re concerned about what’s going to happen the future. They have the fear of being unable to seek medical attention due to lack of insurance,” said Chang.

Despite testing 7,000 people a day across multiple sites, 360 Clinic has seen an increase in demand. Nguyen said the team can test 10,000 people based on the amounts of testing kits they have, but they need more employees and volunteers.

It takes three to four hours for a group of 20 volunteers to assemble 7,000 self-administering testing kits. The team is also looking for 200 people to join their team to meet the demands of the community.

Chang became a physician assistant after spending six years as an EMT. Never in his wildest dreams did he think he would be testing people in the middle of a pandemic after graduating from physician assistant school, but he wants to help end the pandemic from the frontline.

Each location has different days and hours of operation. For more information on volunteer and employment opportunities, please visit: https://www.360clinic.md.