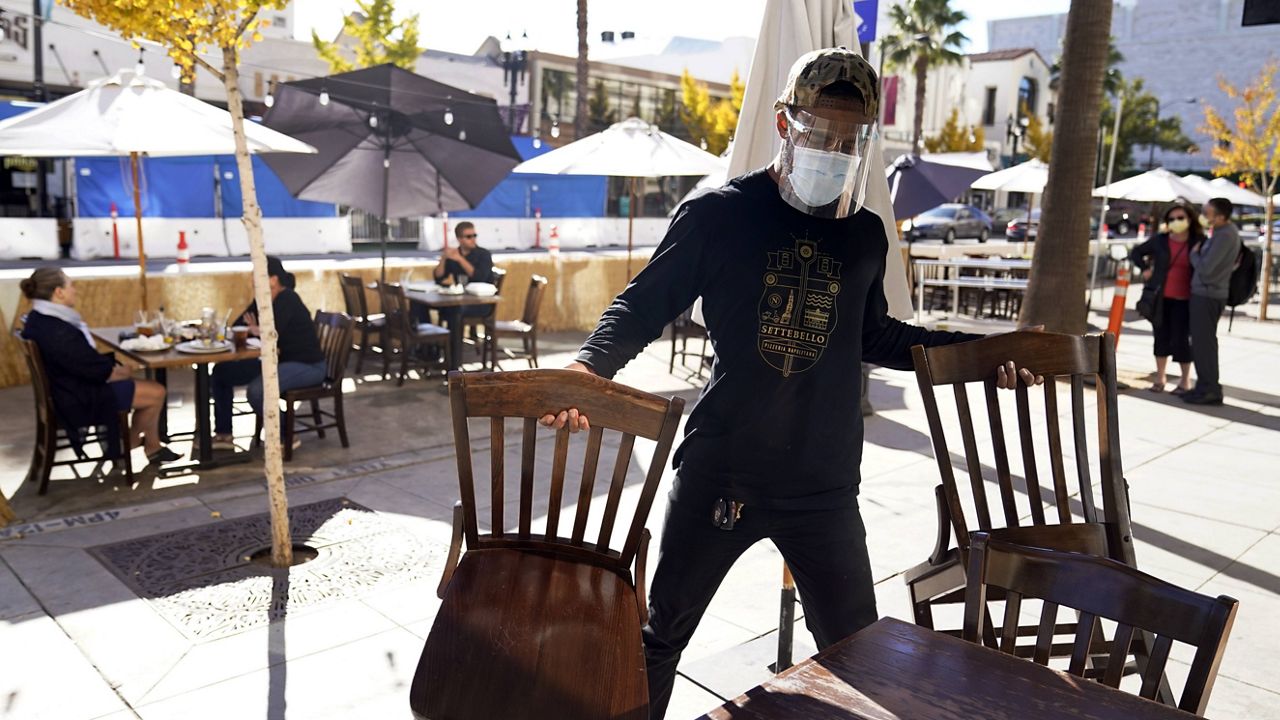 EDITOR'S NOTE: This is a collaboration between digital journalist David Mendez and multimedia journalist Ryann Blackshere Vargas. To watch the video report that accompanies this story, click the arrow above.

LOS ANGELES — On Tuesday night, with new, county-driven restaurant closure orders still ringing throughout its streets, the City of Beverly Hills took a stand, ordering staff to explore how Beverly Hills might go about creating its own health department, independent from the Los Angeles County Department of Public Health.

“Obviously, what engendered this was the fact that we feel what the Department of Public Health did was capricious, ill-concieved and there was no scientific data to support it,” said Beverly Hills Mayor Lester Friedman.

What may have also engendered the motion, but went unsaid by Friedman, was news that Pasadena’s independent municipal health department elected to not follow the county’s lead in ordering restaurants to close outdoor dining.

The motion, Friedman said, was exploratory.

“We need to take a look at it and see what is involved in doing something like that,” Friedman said.

A county ban on outdoor dining went into effect on November 25, amid spikes in daily confirmed cases of COVID-19. Beverly Hills is far from the only city that has investigated splitting from the county’s public health agency, in part spurred by Pasadena’s ability to issue its own orders.

“Like every other city that feels unfairly included (in the order) we’re looking at potentially forming our own health department so that we can manage our own affairs after the pandemic,” said Redondo Beach Mayor Bill Brand. “South Bay numbers are lower than the rest of the county, and we feel like we’re being unfairly punished with restrictions that aren’t necessary all the time in our area.”

Strictly speaking, it’s true that the Beach Cities are faring better than much of the county. Hermosa Beach, Manhattan Beach, and Redondo Beach each have a seven-day average of fewer than 24 cases per 100,000 people — well below L.A. County’s rates.

“I think these are decisions that need to be made thoughtfully and slowly. Not right away, and not right now,” Bakaly said.

BCHD, which is based in Redondo and serves the Beach Cities, is a public health agency with a preventive model aimed at providing programs and education for residents to lead healthier lives. In recent months, BCHD has provided its partner agencies and neighboring cities with information about the potential trade-offs that might be faced in establishing municipal health departments.

The biggest factor, and perhaps most significant considering the pandemic-driven economic downturn, is cost.

The L.A. County Department of Public Health’s annual budget runs over $900 million. L.A. County’s certified municipal health departments in Long Beach and Pasadena have annual budgets of $117 million and $15 million respectively. In 2104, a DPH report estimated it would cost the City of Los Angeles at least $50 million annually to create its own health department independent of the county — and that was before factoring in potential start-up costs.

“I know they’re providing a lot of programs,” Bakaly said of Long Beach and Pasadena. “But they’ve been following the guidance of L.A. County.”

In October, the Torrance City Council heard a staff report exploring the creation of a local public health department. In that report, staff explained that the city would be required by state law to collect and analyze public health statistics, create health education programs, establish environmental health and sanitation services, provide public health laboratory services, and offer family planning services, in addition to other requirements.

Torrance would also be required to pass an ordinance establishing a health department and potentially amend its city charter — which would require a public vote. At the end of the night, the Torrance City Council did not vote to press onward toward developing a public health department.

Many of the cities looking at establishing health departments, including Beverly Hills and Redondo Beach, faced budget deficits this year, mainly owing to the COVID crisis.

Redondo Beach Mayor Brand supposed that such costs could be defrayed with a South Bay regional health department. Members of the South Bay Cities Council of Governments believe that the county could move to a model granting greater autonomy to its existing Service Planning Areas, which take a narrower, more regional aim toward public health services.

Robert Myrtle, a professor emeritus of health services administration at USC’s Price School of Public Policy, said that he understands that Los Angeles County has been making unpopular decisions and isn’t surprised by cities pushing for greater local control.

He also thinks that pushing for such local control right now is unwise.

“Diseases like the stuff we’re facing now, it doesn’t know geographic boundaries,” Myrtle, who lives in Long Beach, said. “To be prudent is to cut down what’s not essential — and outdoor dining is not essential, I’m sorry.”

Public health decisions take place in a fishbowl, he said, with views and opinions coming from every angle. He’s seen demonstrations against Long Beach’s own ban on outdoor dining and understands where people are coming from.

But a public health agency, he said, must lead, even when it’s not politically convenient.

“You’re all about helping people understand how the work should be done, and why we do what we do,” Myrtle said. “And you have to be able to take on unpopular decisions because they’re the right decisions to do.”