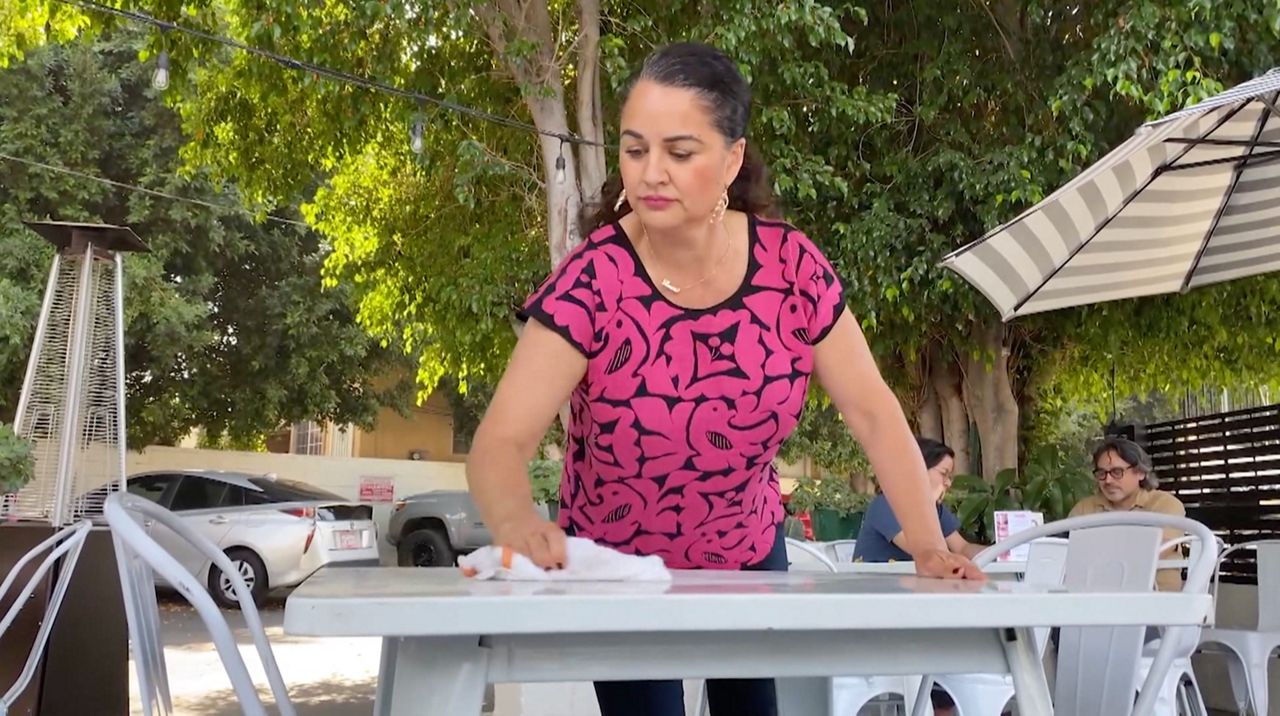 LOS ANGELES — Even before Claire Risoli decided to open up her own restaurant, she knew she would call it Pocha.

“Pocha was something that I was called growing up that I hated,” she said. “It means Americanized Mexican girl, and for me, it always made me feel like I wasn’t enough.”

But Risoli’s shame has developed into pride, and now her restaurant, Pocha LA in Highland Park, embraces her roots as a first-generation Latina with modern Mexican-American dishes. Perseverance was her secret — when luck wasn’t.

“I used to be here seven days a week, sometimes you know, 14,16 hours a day,” Risoli said. “I’ve learned how to be a line cook, a prep cook, an accountant, a social media maven. I do it all. I even wash dishes. Sometimes I have to unplug stuffed-up toilets.”

But that resilience has paid off, she added.

“We’ve gone from three employees to 30, 35 and are now looking to open up another location.”

Latinos like Risoli account for 52% of all new employer businesses, according to the 2022 Latino Donor Collaborative U.S. Latino GDP report. The study also measured U.S. Latinos’ contributions to the economy known as the gross domestic product and found that it was worth $2.8 trillion in 2020.

Ana Valdez, CEO and president of the Latino Donor Collaborative, which commissioned the study, said Latinos’ U.S. contributions are bigger than many economies in the world

“If we were an economy, we would be the fifth largest economy in the world, that is above India, above England,” she said.

Valdez recently presented the findings of the study at a Hispanic Heritage Month celebration hosted by Speaker of the Assembly Anthony Rendon.

Valdez noted that the report is critical for Congress and businesses to understand Latinos’ economic powers and overcome false perceptions and stereotypes.

One of the main reasons Latinos’ economic power is growing so quickly is entrepreneurs like Claire Risoli.

“We are growing in numbers,” Valdez added. “The growth demographically is coming from kids being born here. Number two, is these kids; their first language is English. They are American [and] they are going to school.”

That last reason — education — is something Rendon said they are working to expand access to even more.

“We have done significant amount of work there. Last year was the first year we rolled back Cal State tuition in the history of the state.”

Back at Pocha LA, there is a sign on the wall that reads ‘jefa owned’ — or ‘female owner.’ Underneath, it says ‘juntos crecemos,’ meaning we can all grow together.

“I really believe that ‘juntos crecemos,’ we are a force to be reckoned with,” Risoli said. “I think we all need to support each other.”