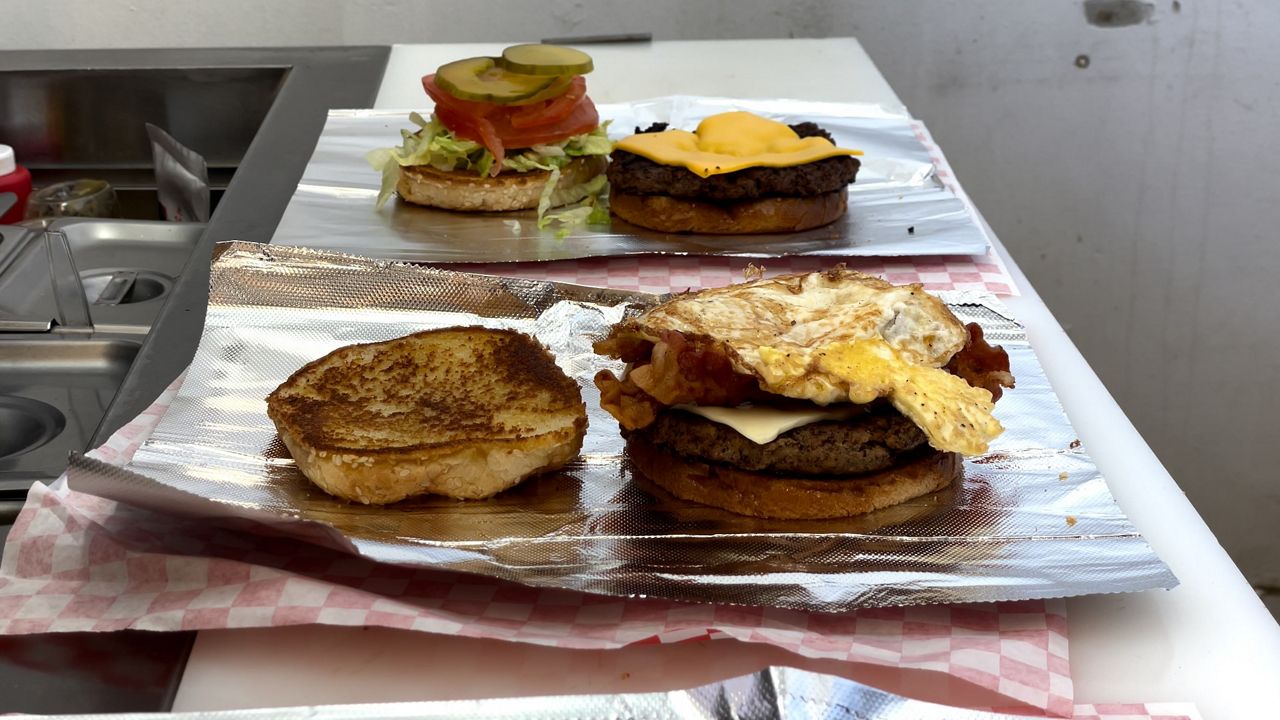 In 2021, Spectrum News first met Timesha Phillips, a south LA woman who withstood the heartbreaking double trauma of the murder of her husband on the same week of the pandemic lockdown. Now, amid the worst inflation in the last 40 years, Phillips has a new challenge to handle: food inflation.

For the last several years, Phillips has thrown herself into work, as both a bus driver with the city, and the owner of Phat Daddy’s in Leimert Park, known for their supersized burgers.

According to the USDA, the cost of meat per pound has risen by 20% compared to a year ago. Many restaurants are working around that by cutting out meat, or using cheaper alternatives. But Phillips can’t do that with Phat Daddy’s.

To get around it, Phillips said she is having to reduce the use of non-essential items, things such as sauces, relish, utensils and napkins. Reducing the size of her burgers, fries or other essential menu items would be her last-ditch effort. Phillips said she’s not there yet.

But Phillips is not the only person in her family fighting to keep a food business alive. Her cousin Meche Anderson opened Fish Bone Willow in Long Beach one year ago. Anderson said it was tough enough to turn a profit in the middle of the pandemic, but now, the cost of fish has almost doubled.

“I’m indeed worried. I try not to worry so much,” Anderson said as she throws her hands in the air. “I leave it up to God.”

Anderson said when she started her business, she never expected that she and her cousin would both be fighting to keep their doors open.

“It’s unfortunate that we are family and we’re going through the same thing,” Anderson said. “We didn’t start the business to end the business, we started it to keep going.”

For now, the orders are still coming in to both businesses, but Phillips said the real cost of inflation is in what we can’t see. The two cousins discussed how they’re both handling the changes.

“There’s nothing that you can do but try to either work more. We work more hours, more time away from home, less family time, that’s the stuff that hits you the most with all this,” Phillips said. “I’ll do everything that I can to make sure we survive.”