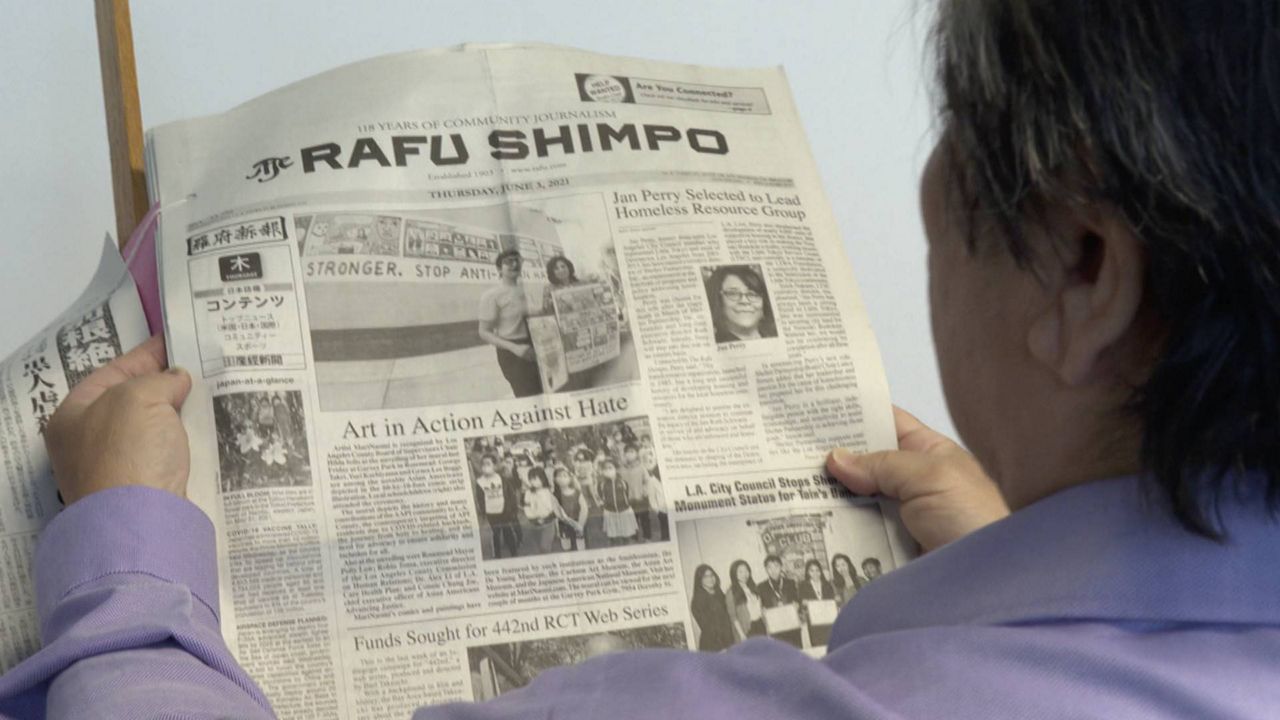 One of SoCal's oldest bilingual newspapers gets resourceful to survive

LOS ANGELES — As subscription and advertising revenues flatline and even dip at times, a local newspaper that's served a community of color for more than 100 years finds a lifeline.

The Rafu Shimpo was started in 1903 and reports in both English and Japanese.


A PPP loan last year helped the Rafu. Then, $20,000 of grant money from the journalism-focused Knight Foundation enabled the paper to bolster its web presence, which is necessary for any news outlet to survive nowadays. This was one of three grants the Rafu received this year.

After surviving wars, a depression, recessions and so much more, some would be devastated if publication couldn’t continue. JK Yamamoto, who is a reporter for the Rafu and usually writes in English, knows the future isn't guaranteed even though he’s been on staff for years.

"I’m surprised the Rafu is still in business," he said. "We’ve managed to stay afloat."

The Rafu Shimpo (est. 1903) used to report and print the news themselves in English and Japanese. They are still writing headlines in both languages. pic.twitter.com/3EXAekjMg2

Yamamoto only took the job at the Rafu because the paper he was working for in the Bay Area folded. Third-generation publisher Michael Komai hopes the Rafu doesn’t share this same fate.

"We tried to address everything we could to keep the doors open, and we’re still here," said Komai. "We feel there’s a need for the type of service we offer."

Covering a cultural community has led to memorable, historic moments. Immediately after the attack on Pearl Harbor, the paper declared itself loyal to America. Both English and Japanese editorials reflected this, and yet soon after, the paper had to shut down during Japanese internment — the first and only time in almost 120 years of service.

Back then, Rafu staff was still printing the paper themselves, so they hid the heavy Japanese characters beneath the floorboards, hoping to pick up where they left off one day.

“I hope we don’t have to endure a lot more hardship,” said Komai.


There have been several points when it looked like the paper was done for, but it has adapted to the times by launching a brand-new website and publishing less often.

“Times have been real tough, but there’s light at the end of the tunnel,” said Komai, who has been the Rafu’s publisher now almost 40 years, longer than both his father and his grandfather served in the role.

Yamamoto guarantees he’ll keep on reporting no matter what.

"It’s sort of a constant process where we have to remind people that Asian Americans are Americans, too."