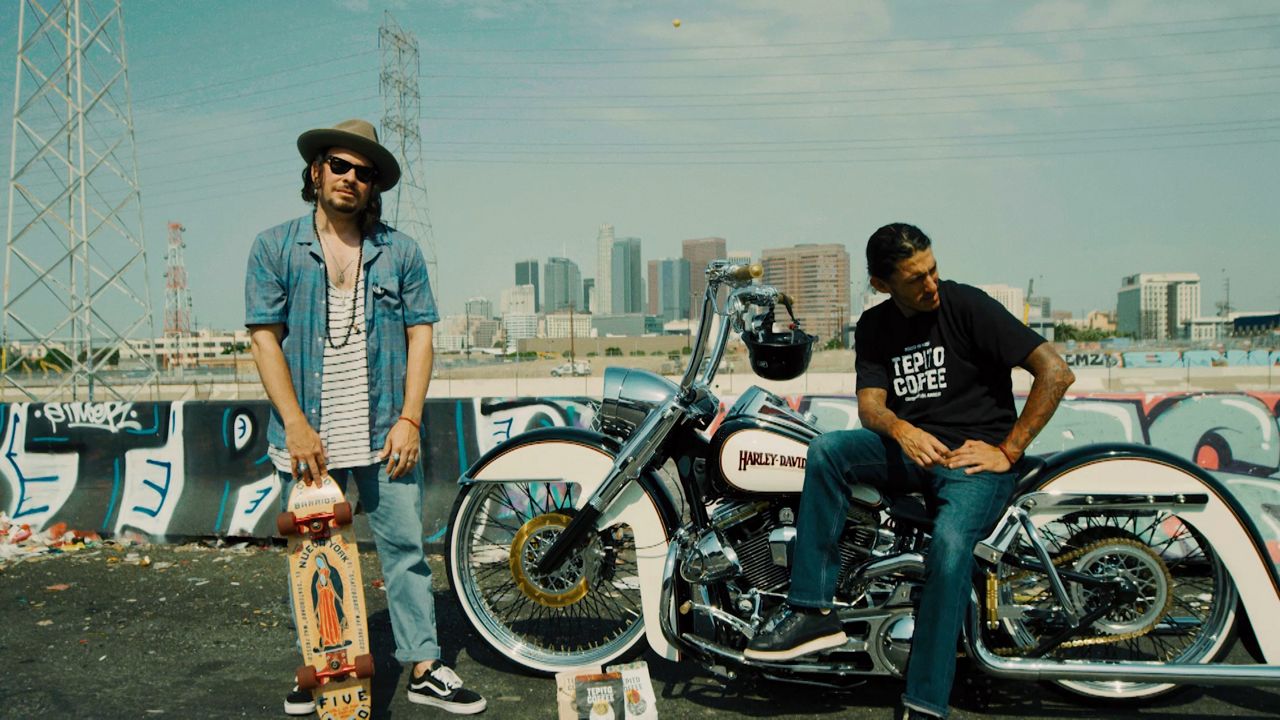 LOS ANGELES — On the maternal side of Mike de la Rocha’s family, he and his brother are the only two men in the family who haven't been incarcerated at some point in their lives.

The LA native says that in his East Los Angeles community, the cycle of incarceration touches too many families. He sees this as a problem that requires a solution.

De la Rocha's aunt, Rosemary Vasquez, says her son is currently in prison in Northern California. She bursted into tears when she recalled the moment nine years ago when de la Rocha's first cousin first went into the prison system.

“When my son ended up getting in trouble...I just felt like taking my life...I’m sorry, but he’s my son,” said Vasquez.

De la Rocha put his arm around his aunt as she broke down.

"It’s not just my cousin that’s serving time behind bars," he said. "It’s the whole family."

De la Rocha and Vasquez say the problem lies in the lack of systemic and societal support for those coming out of the prison system. It’s all too easy for those making the transition to fall right back into the lifestyles that got them in trouble in the first place.

“When they come out, they don’t open doors for them. What are they to do? They don’t have a job, they don’t get training,” said Vasquez. “So, what do they end up doing? The same thing, stealing, whatever they were doing before.”

De la Rocha created a solution in the form of a coffee company, called Tepito Coffee. He co-founded it with actor Richard Cabral, also an LA native, from the FX show "Mayans." They say Tepito is intended to be the landing place and support system for people transitioning back into society.

Cabral, who himself was a gang member and served his first prison sentence at 13 years old, came up through Homeboy Industries. He and de la Rocha are now partnering with Homeboy to staff the entire company. They say Tepito is a lot more than just a coffee company. It acts as a bridge between East LA and Mexico.

“We sell coffee, but it’s really rooted in this desire to build bridges in the community amongst people that identify as Chicano or Latinx,” de la Rocha said.


Both de la Rocha and Cabral are of Mexican descent.

"We really want to center the misfits and those of us that seem like we’re disposable, and change the narrative to that everyone has value," said de la Rocha. "Coffee is going to be the way that we love up on all aspects of our culture and ourselves."

The coffee is produced on a farm in Veracruz, Mexico. Cabral explained that the decision to enact this mission through coffee in particular was an intentional one because Mexicans produce coffee really well. Plus, it’s an easy way for East Angelenos to connect back with their culture.

“I think we’re really coming back to the origins of our story, and that happens to be the coffee bean,” Cabral said.

De la Rocha promises that Tepito Coffee will be the end of the cycle of incarceration in his own family.

“I’m just excited to help build a brand, build a company that’s going to welcome home my cousin and the millions of other cousins out there.”