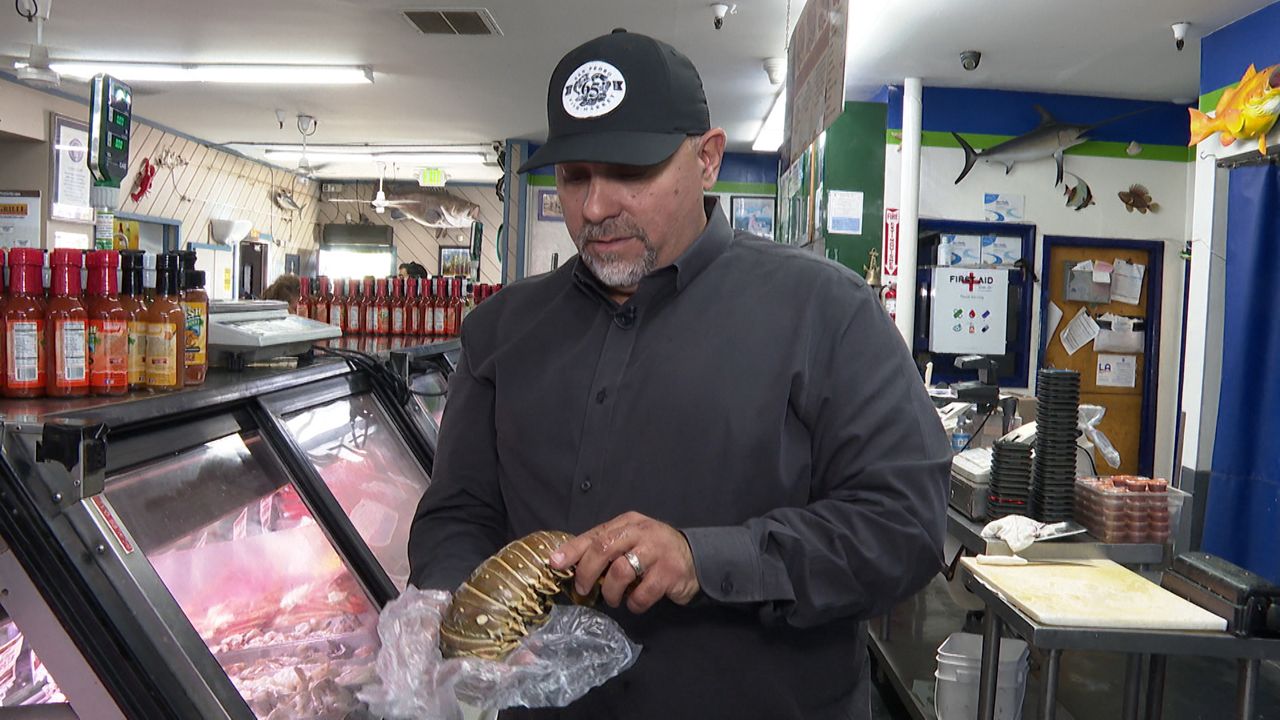 SAN PEDRO, Calif. — When it comes to scaling, cleaning and filleting seafood, you could say Michael Ungaro, CEO of San Pedro Fish Market and Restaurant, has plenty of experience. He started when he was 12-years-old. “I grew up working here from unplugging the toilets to working in the kitchen. I’ve worked the crab tank. I’ve worked as a dishwasher,” Ungaro said. “I’ve worked every part of it. You have to do that so you can understand what works and what doesn’t and how to lead.”

Especially if that means leading a 65-year-old company through a pandemic. Ungaro is the third generation in his family to run the business started by his grandfather. He says normally two million customers bring in about $30 million a year but all that revenue disappeared last March. “It went down about 99%, so we started to bounce back a little bit during the summer but we were not expecting to be closed down again,” he said.

Ungaro says he was forced to furlough most of his 400 employees but the business survived by shipping seafood direct to customers, allowing them to order food through delivery apps and offering an affordable seafood plate that feeds four people for under $20.

But he is about to embark on his biggest challenge yet — moving the market from its longtime home on the waterfront in the West Harbor. “We would prefer not to lose the spot we are in but this has been under redevelopment for about a decade,” he said. “Now we’re at the point where the final phase of the project will basically take place where we are located.” Ungaro wants to expand the market and says there wasn’t enough space to do that in the redevelopment plans.

He is eyeing a new location near Berth 93 in the Port of LA and signed a 66-year lease. Ungaro plans to quadruple the 55,000 square foot complex, double his seating capacity and create a multi-level restaurant.

The current location will remain open for business during redevelopment construction but when it comes time to relocate, he says it will be tough. “It’s really going to be hard and emotional to watch this go down after all the history, all the history that this building has participated in on the waterfront,” he said.

For customers like Wilmington resident Carmen Roybal, who has visited the market every two weeks for the past 13 years, moving day will be a sad one. “The viewing is good and the port is nice because it was open before, bigger but not with all the remodeling, it took everything out,” she said. “But it’s going to come back.”

Ungaro hopes to open the new location in about two to three years and says the reason they’ve survived for so long is simple. “The philosophy that we’ve had my grandfather started is that you want to make sure that your employees feel like family. You want to make sure you are treating your customers like family,” Ungaro said. “But most important, it’s your community because they are your family.”