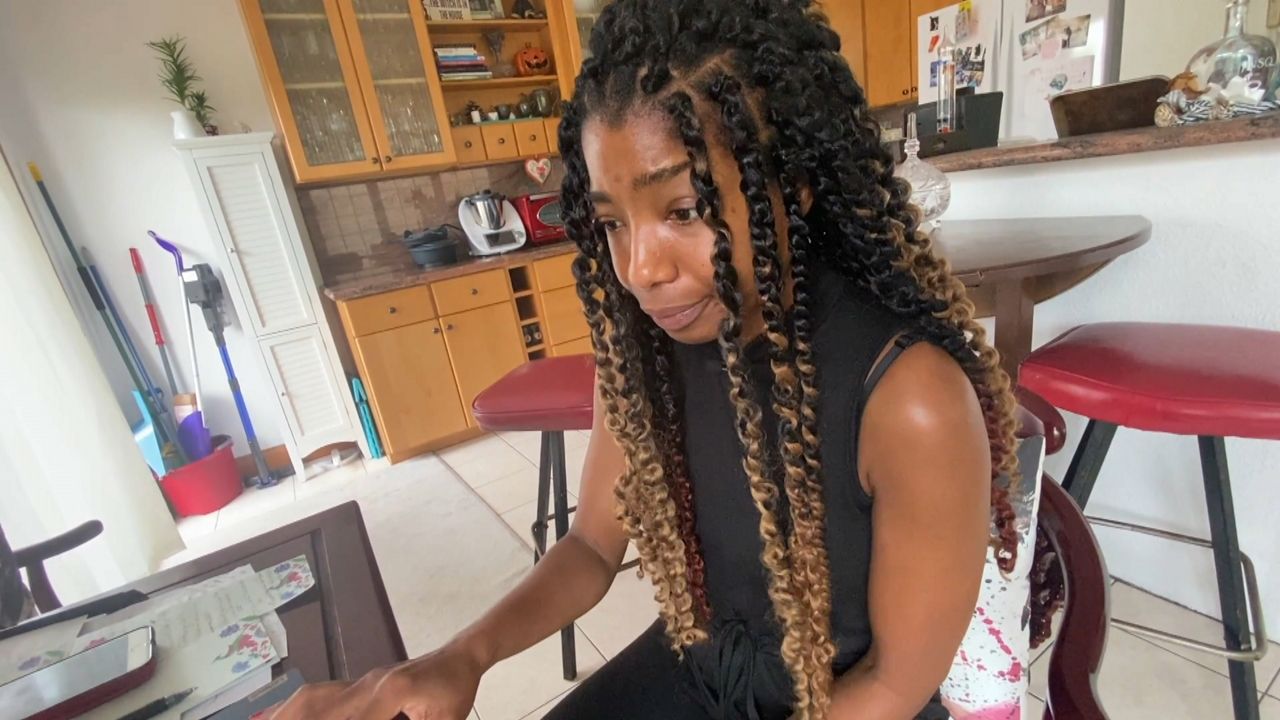 Cannabis entrepreneur Carina Christmas tried to apply for one of LA's social equity program licenses, meant to assist business candidates from communities hit hardest by the war on drugs

LOS ANGELES — Signing on to LA's Department of Cannabis Regulation licensing portal at 10 a.m., on September 3, 2019, for a chance at one of 100 licenses was supposed to be a first-come, first-serve application process.

Applicants needed to submit their application as quickly as they could. Or at least, that’s what cannabis entrepreneur Carina Christmas thought.

Christmas was applying for one of LA’s social equity program licenses, meant to assist business candidates from communities hit hardest by the war on drugs. She was hoping to set up shop in South Central.

Christmas’s application was submitted within three minutes of the portal opening. But she came to find out that her place in line ended up being 325, meaning she would not qualify for one of the 100 licenses being offered.

“A program that was set up to help me turned out to be my worst nightmare,” Christmas said.

The program quickly came under fire for what many applicants believed to be an unfair and ‘flawed’ application process, and an audit ended up revealing that more than 200 applicants accessed the portal earlier than the start time. Some spots were claimed by online bots.

Christmas recalled being shocked when she learned some people applied before 10 a.m.

“How could the portal be open early? How could the city do that? I felt cheated,” Christmas said. “Somebody said something to someone, clearly I’m not part of that, you know, echelon.”

It’s been a year and a half since Christmas sent off her application and she remains unable to open a retail storefront, while bills stack up. She said her team has spent more than $100,000 on rent and utilities while waiting for an answer and a resolution from the city.

“Our current situation is paying on a space, on rent and if you can’t open you can’t sell product. So we’re now just bleeding money,” Christmas said.

Not knowing how much fight she had left in her alone, she brought in attorney Mike Gatto, a former California Assemblyman, to help push the city for answers and for a chance at a license.

“People like Carina, my client, they did everything right. To me it’s outrageous,” Gatto said.

Gatto’s firm has been researching the application process that left Christmas in the weed and was stonewalled by the city on getting records about the portal. Gatto requested specific public records pertaining to who had access to the application portal early, and whether certain members of city staff were able to apply for and get licenses. The city denied turning over those records, but a Los Angeles County trial judge ruled last week the city must turn them over to Gatto.

The next hearing is set for June 15.

“These are public records, they have to provide them to us,” Gatto said. “Whenever you have a system where the public is supposed to have faith in it and you have certain favored people getting access early, you have to question what’s going on with that system.”

LA’s Department of Cannabis Regulation did not respond to requests for an interview and the City’s Attorney’s office said "no comment."

Spectrum News 1 also filed a public records request seeking similar documents to those requested by Gatto but have not received a response.

But the audit of the program, conducted by Sjoberg Evashenk, found that even though some applicants accessed the site early, the city took “reasonable and appropriate” steps to prevent them from having any unfair advantage.

As for Christmas, she has been making ends meet through cannabis delivery but she said that’s not anywhere near as profitable as having a retail store.

“This tells me there’s either a lot of corruption going on in the city or the city doesn’t know what they’re doing,” Christmas said.