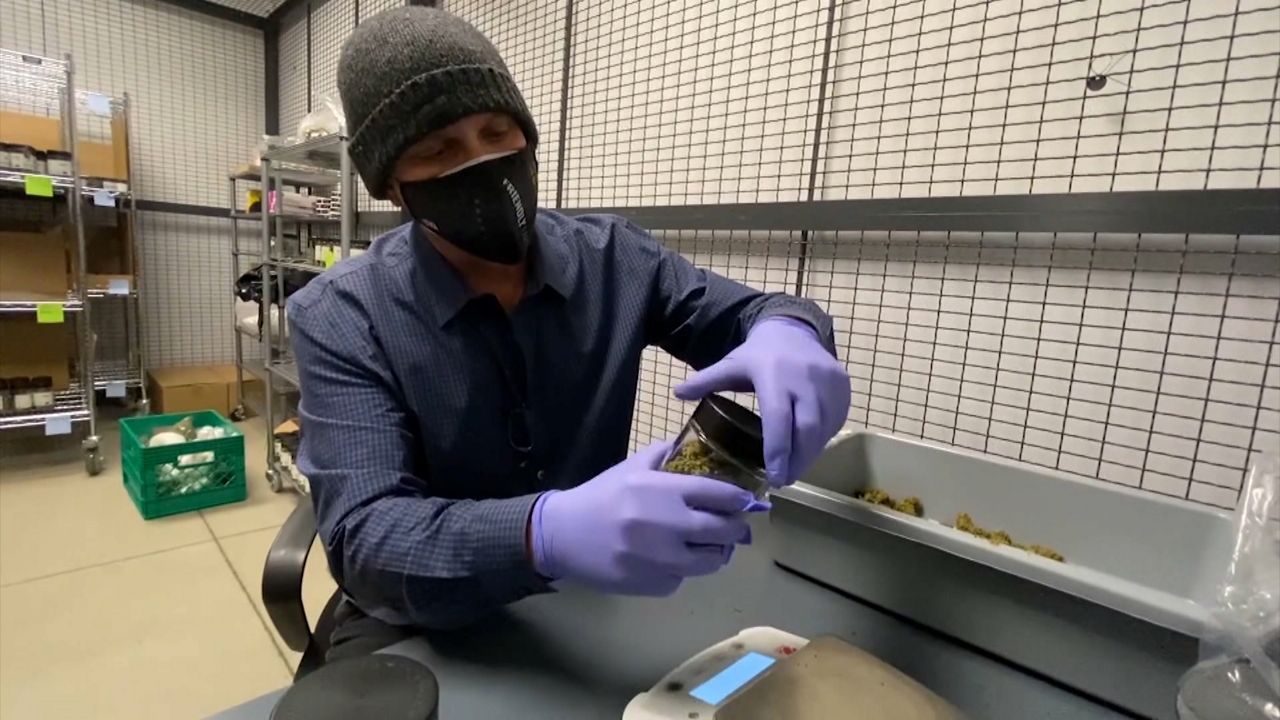 Chief Development officer of From the Earth, David Moss believes it’s his responsibility to create change for communities disproportionately impacted by marijuana laws.

LONG BEACH, Calif. — When life gets stressful, cannabis is one way Lionel Tate relieves his stress.

But just an eighth of an ounce of marijuana changed the course of his life.

In 2015, things were actually looking up for Tate. At the time he was chasing his dream of becoming a chef, starting culinary school, and was about to sign a lease for a new apartment.

That was until he was pulled over by an LAPD officer.

“I was caught with an eighth of weed, and I had my rent money in my sock,” he said. "The officer put two and two together, and said I was drug dealing because they found [$2,000 cash and marijuana.]"

Although he wasn’t convicted of the charges, Tate was sentenced to three years’ probation.

“It’s just ironic to know how profitable [marijuana] is but also it incriminates a certain [group] of people,” Tate said.

As a cannabis entrepreneur, David Moss believes it’s his responsibility to create change for communities disproportionately impacted by marijuana laws.

“Here we are in a growing industry, where every month it seems like a new state legalizes [cannabis] and we’re out here legally operating trying to make a lot of money," Moss said. "Meanwhile people are locked up in prison. It’s just not right, and the majority of the people that are locked up are Black and brown.”

Tapping into his passion for philanthropy, Moss started From the Earth Foundation, a non-profit focused on justice reform.

When he heard Tate's story, he felt compelled to help.

Moss is the chief development officer of From the Earth, a cannabis dispensary in Long Beach. The company is developing a brand of cannabis called "Not Just Another Eighth", inspired by Tate, who will have financial equity in the brand.

“We call out to other cannabis operators to do the same thing. Take on the same challenge. Find and create ways to be philanthropic,” said Moss

Moss also partnered with Planet Froth Productions to produce a documentary, Not Just Another Day. The film uses Tate's story as a call to action for marijuana reform laws, as well as asking cannabis companies to build an equity industry by hiring from the communities that are still being targeted for marijuana crimes.