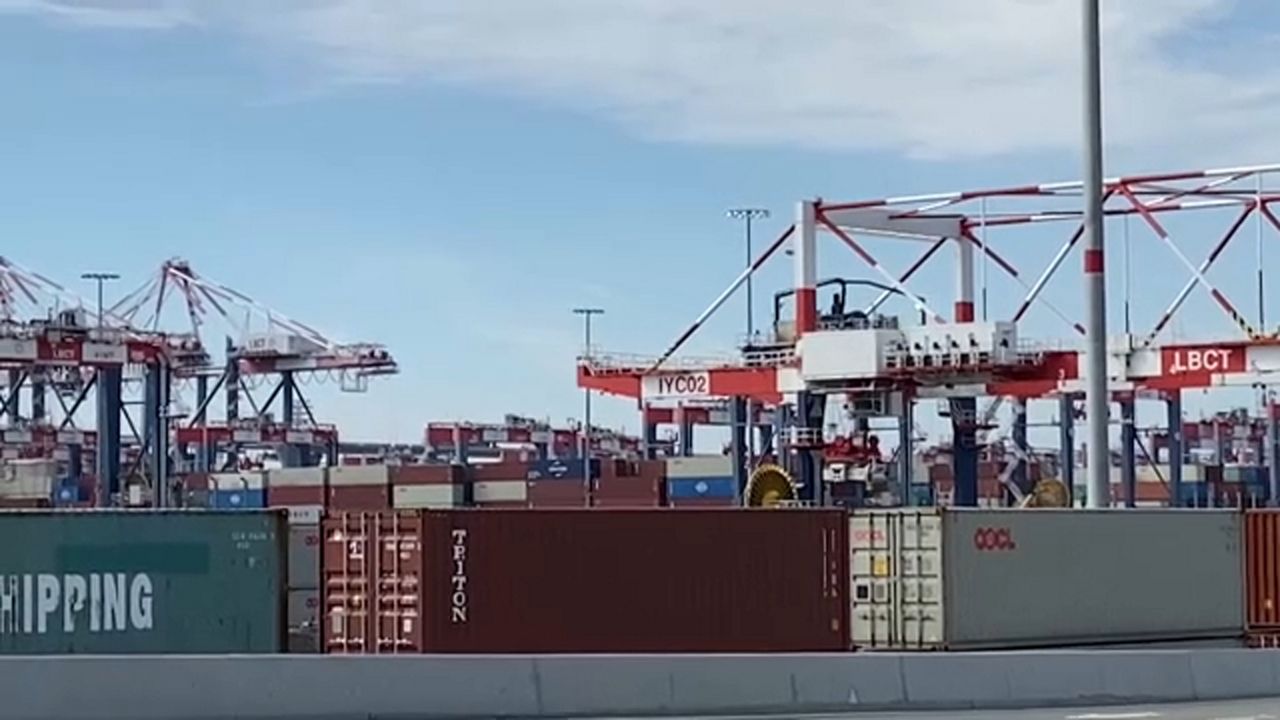 If you’re waiting on packages from China to be delivered to your doorstep, most likely they’re stuck at the Port of Long Beach (POLB). It’s the second-largest trade gateway in the country, after the Port of Los Angeles (POLA).


Both ports are having a record breaking year for imports, causing a shipping crisis. POLB is busier than ever in its 110-year history, moving over 770,000 TEU (twenty-foot equivalent units) in February alone.

According to the port’s executive director, Mario Cordero, that’s a 43% increase from the same month last year.

“You have to understand that this volume is based on consumer demand," Cordero said. "The American consumer, the demand for appliances, furniture, construction materials, home improvement projects have just sky rocketed.”

The majority of cargo is coming in from Shanghai by international carriers. But the combination of increased pandemic purchases and a crew of essential workers giving its all to meet the demand became quickly overwhelming.

As employees tested positive for COVID-19, Cordero explained, the imports exceeded the dock workers on duty to unload items onto trains and delivery trucks.

Now it’s effecting business owners like Dr. Erik Ligans, who has worked over a decade in order to open his very own private dental practice in playa vista, Playa District Dental.

“This has been a dream of mine since I was 16 years old, and I’m finally here,” Dr. Ligans said.


But the process has been anything but a dream.

"Opening up a dental office from scratch, there’s been a million things I’ve had to order," he added. "Probably like half of those things were back ordered."

Construction supplies pushed his January 2021 grand opening to mid-March. Plus, a log of necessary equipment to perform necessary dental producers that he’s still waiting for has limited the services he can conduct in the office. Most of these items were shipped from China and could very well be sitting in containers at Long Beach’s inundated port.

"Needless to say, it’s a lot of volume of cargo, and we’re doing our best to move it out," said Cordero.

POLB predicts things won’t stabilize until summer 2021 after most of the workforce is vaccinated. Cordero added that once the pandemic subsides and the economy recovers, consumer spending expected to level off.