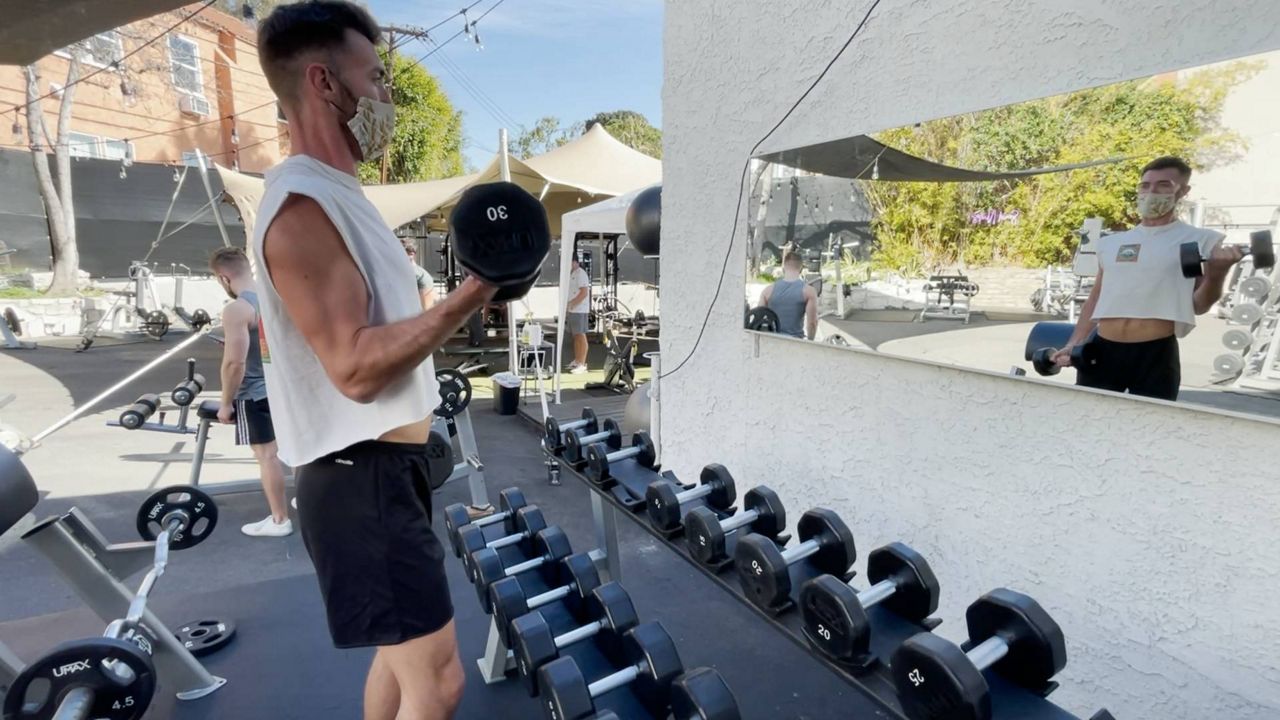 LOS ANGELES — When David Moore, a personal trainer from West Hollywood, decided to open up his very own gym last year, he envisioned a cozy boutique fitness center where everyone was welcome.

"I wanted to really invest in having something that was like, 'Oh, I could definitely see myself being here,'" Moore said.

He was all set to go when the pandemic hit, forcing him to find another spot to park his business.

“I had this entire vision of what we were trying to create, and we didn’t think it would be in a parking lot,” said Moore.

He pitched a big tent in the middle of a parking lot in Mid City and created a new outdoor gym called BuiltRX. It was supposed to be a temporary fix, just to get him through the pandemic. But then he realized he was on to something.

"People were walking by the front and they would just peek their head in and then say, 'What are you doing in here?' And we’d tell them, 'Oh we’re going to build a gym.' They had no idea what it would look like, how much the cost would be, and they’d say, 'Here’s my credit card.'"

That’s when Moore decided to go all in — buying brand new machines, leveling the floors, and installing mirrors. It wasn’t easy, but with hard work and determination, he was able to whip it into shape.

“We tried to kind of replicate an indoor gym as much as we could in an outdoor space,” he said. “We’ve had squat racks put in with platforms and barbells so you can deadlift.”

Moore even put his treadmills and other cardio machines outside.


As gyms begin to reopen, they’re faced with a new reality — one that’s forcing them to think outside the box. A recent study by TD Ameritrade found that 59% of Americans don’t plan to renew their membership, mainly because they found a cheaper way to exercise during the lockdown.

Sarah Adolphson is one of them. When the pandemic began, she started running through her neighborhood each morning and discovered how much she enjoyed it.

“I’ve saved so much money over the last year that I wouldn’t consider spending money on a gym membership anymore,” she said.

Membership at Moore’s Gym is $150 per month, but Moore said he’s not worried. The gym is full, and he even has got a waiting list of people itching to join. He is now in the process of opening up another location in West Hollywood, with al fresco exercising as his selling point.

“This isn’t a place-holder gym,” said Moore. “This brand, and what we’re trying to do, will have staying power, so when it’s safe to workout indoor, we don’t want to take it indoor. This will stay out here for the foreseeable future.”