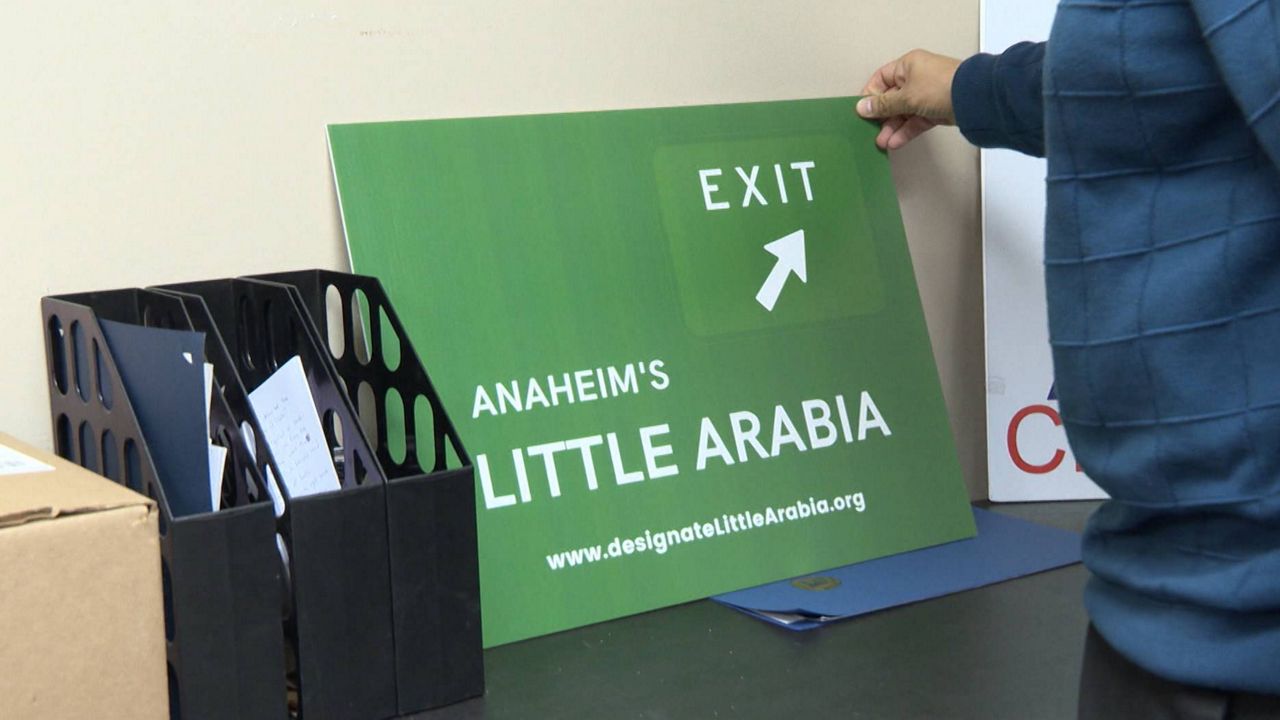 The Arab American Civic Council said it has been working to get a section of west Anaheim designated as "Little Arabia" for more than a decade.

Group Will Continue Fight for Little Arabia Designation in Anaheim

ANAHEIM, Calif. — There is a roughly four-to-five-mile stretch in Anaheim where you can get Egyptian food, Syrian ice cream, Lebanese cuisine, and many flavors from Arab speaking countries — it is an area that business owners and organizers are hoping to get a special designation.

One of the businesses on Brookhurst owned by an immigrant from an Arab-speaking country is Le Mirage Pastry. It is a place where you can smell the delicious treats, even before you enter the doors. Among the many sweet treats is baklava.

Making each treat is a labor of love for Maher Nakhal, who has been baking since he was a teen. He started learning to bake when he was living in Syria at the urging of his sister who was already living in America at the time.

“'I want to go the United States'. She told me, ‘Learn the cake, Arabic pastry,’” he said.

Nakhal said he immediately went to learn at a famous bakery in his hometown in Damascus. He mastered sweet treats, and immigrated to the United States in 1990. He has been baking for 45 years now. Spending the last 17 years in Anaheim.

One of the most popular items at his house of sweets is bouza ice cream.

Bouza is a handmade Syrian ice cream that has a unique stretchy and stringy quality.

“I feel great of course. They taste our pastry. My culture,” said Nakhal of sharing his hometown sweets in Southern California.

According to the Arab American Civic Council, based in Anaheim, Le Mirage Pastry is one of about 100 Arab owned businesses on Brookhurst between Katella and Interstate-5.

Founder Rashad Al-Dabbagh said the organization has been leading a campaign to ask the city to designate the area in West Anaheim as “Little Arabia”.

“Arab Americans transformed this area from a place where not a lot of people wanted to be in, to a cultural and tourist destination,” said Al-Dabbagh.

Al-Dabbagh said the area used to be seedy and rundown in the 1980s. For more than a decade, the organization has been working to get an official Little Arabia designation from the city.

“Let a wider audience know that there’s an idea right here that is diverse and that is unique to California,” he said.

An effort to put the issue on the Anaheim City Council agenda failed in January.

Mayor Harry Sidhu sent over this statement about the designation:

“We love Little Arabia. It is part of the diversity that makes up Anaheim.

The Arab American and other Middle Eastern immigrants who made their way to Anaheim starting in the 1980s have played a welcome role in revitalizing that part of our city. Many already are familiar with the area, and we celebrate the restaurants and shops of Little Arabia in our promotion of businesses in Anaheim.

As a large, diverse city, we have to take a broader, more inclusive view when it comes to formal designations.

We also need to ensure that all feel welcome.

The area home to Little Arabia includes a range of people and backgrounds, with Hispanics making up half of the area’s population.

There’s also a mix of businesses along Brookhurst Street, and some may not see themselves as part of Little Arabia.

"Our goal is to see diversity within a unified city. We look forward to the continued, natural growth of Little Arabia, and nothing can take away from the important role it plays in our city,” said Anaheim Mayor Harry Sidhu.

Al-Dabbagh said they are not giving up. He said a survey of registered voters in Anaheim last year found that more than 58% support or strongly support the designation.

“We helped create a better Anaheim,” he said.

A designation Nakhal said would be a great boost to business but also an opportunity for education.

“We should know another nationality. What Arabic people do,” said Nakhal.

According to the Arab American Civic Council, during the California Legislature 2019 – 2020 regular session, State Senator Ling Ling Chang introduced the non-binding Senate Concurrent Resolution 71 (SCR-71) to support the designation of Little Arabia upon approval from the Anaheim City Council.

The resolution proposed by Sen. Chang was never brought to the Senate floor for a vote.