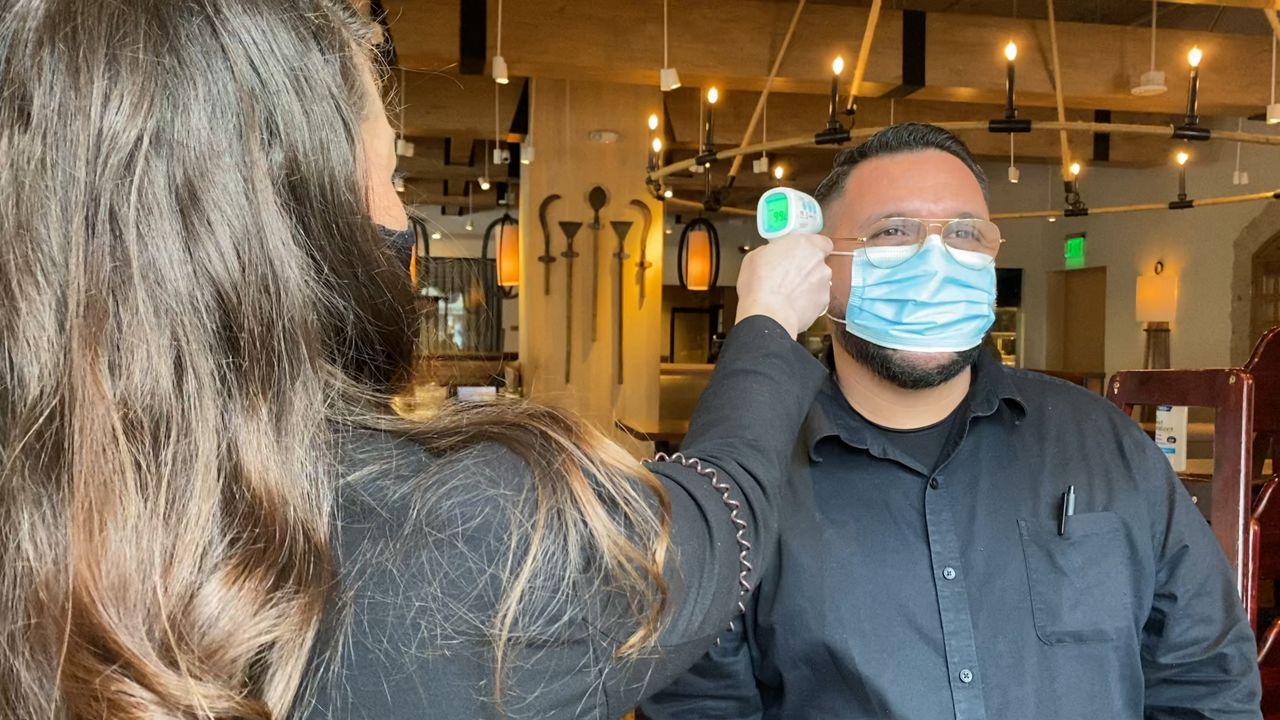 Sol Mexican Cocina has been preparing to resume outdoor dining since Governor Newsom's announcement lifting the stay-at-home order on Monday.

For the staff at Sol Mexican Cocina, Friday was a day they had all been waiting for and no rain was going to dampen their spirits. Teal Lopez, who is the general manager, was thrilled when the county issued a new health order that allowed restaurants to resume outdoor dining.

"We’re excited to get back to outdoor dining. We are hoping the sun is going to break through these clouds soon. We’re ready to welcome this community back," Lopez said.

She was even more ready to welcome her employees back. Teal could only keep 12 to 15 of Sol Mexican Cocina employees – out of 100 – working for just a few hours a week for the past few months.

"For me, it’s about my team and being able to call over 80 people back on Monday, I felt like Santa Claus," she said. "I was like ‘We’re ready! We are coming back! Can you come back? Can you start immediately?' So many people were just so excited to get back, and they’re here with us today.”

Among those who returned to work was Juan Iniguez, who was grateful to have a job again after being laid off from Los Angeles International Airport last June. He now works the front desk at Sol Mexican Cocina answering phones that have been ringing off the hook all week.

“We’re following California rules at the moment. They’re only letting us sit a maximum of six people together," Iniguez said to a customer over the phone.

Employees who come in contact with customers must wear both a face covering and shield. Only single households with six people or less are allowed to sit at a table. Each table must be spaced eight feet apart and all television screens must remain off to discourage crowds.

“If it doesn’t work, then we’ll see more cases of people who are infected and seated at the same table. It really is going to be up to everyone, as it has been, in terms of doing what’s right," Davis said.

Simple requirements two friends were more than willing to adhere to for Sol Mexican Cocina's tacos. Gannon Daynes had only been to Sol one time before everything shut down and could not wait to come back.

"First time was March of last year right before everything shut down so first place back, straight to it," Daynes laughed.

Most of the employees said they are just as excited to be back too, but when dealing with so many last minute changes, Teal is faced with a new challenge as they continue to adapt.

“While a lot of people were excited and ready to return immediately, there were others who had found second employment or had other obligations that were already on the calendar for this week. I am looking to hire about six to eight hosts and a handful of servers to help us get ready for this next wave of business," she explained.

A new wave of business, with a new wave of hope that the rainy days may finally be starting to clear.